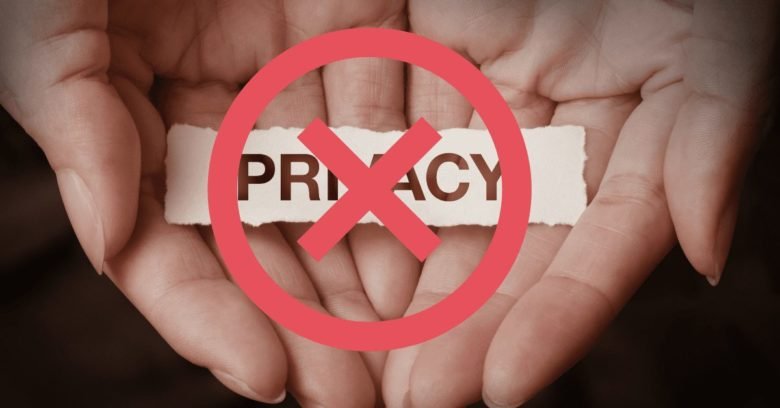 “The right of the people to be secure in their persons, houses, papers, and effects, against unreasonable searches and seizures, shall not be violated, and no Warrants shall issue, but upon probable cause, supported by Oath or affirmation, and particularly describing the place to be searched, and the persons or things to be seized.”—Fourth Amendment to the U.S. Constitution.

James Madison authored the Fourth Amendment with privacy in mind. Knowing the usurpation on the privacy of colonists by the British, Madison knew that the right to be left alone needed to be protected and that privacy’s the “default position,” according to Judge Andrew Napolitano.

“We have come full circle from Madison’s America,” Napolitano wrote. “He was determined to craft a government that could not do to Americans what the British had done to the colonists. He failed.”

That bill is titled Immunization Infrastructure Modernization Act of 2021, and it’s summary states:

“This bill directs the Department of Health and Human Services (HHS) to take actions to improve data sharing and other aspects of immunization information systems. These are confidential, population-based databases that maintain a record of vaccine administrations. Specifically, HHS must develop a strategy and plan to improve these systems, including systems supported by the Centers for Disease Control and Prevention; designate data and technology standards for use in these systems; and award grants to health departments and other government agencies to improve their systems.”

“These systems are designed to allow for the sharing of crucial information and maintenance of records,” Rep. Mary Miller (R-IL), who voted against it, said. “Do we really trust the government to protect our medical records? The bill’s author even bragged in her press release that these systems will help the government remind patients when they are due for a recommended vaccine and identify areas with low vaccination rates to ensure equitable distribution of vaccines. This was clearly a legislative tool to enforce vaccine mandates and force their Orwellian rules onto those who do not comply.”

Miller added: “This bill would allow the government to collect, study, and share your private health data. There are endless ways the government could potentially use that information against you.”

Also last week, as The Epoch Times reported, Nevada became the first state to approve of making workers pay a surcharge if they have not submitted to the jab. Of course, that means all workers in Nevada must divulge their personal information.

This “vaccine” tracking program is intensifying. As a large number of Republican members of congress approved HR550, GOP governors, like Doug Ducey in Arizona, have assisted.

Of course, you can’t trust the faux “conservatives” at Fox News to provide you with these stories. Fox News, last month, held its “Patriot Awards” in which it required attendees to show proof of vaccination to attend, as exposed by journalist Edward Szall.

As Fox News talking heads made jokes about authoritarianism, they ignored the color-coded wristbands Fox made people wear to attend and Fox’s announcement that “in order to attend this event attendee must show either a COVID vaccine card OR a negative COVID test 72 hours prior to the event,” and that there “will be a mandatory checkpoint on site for all attendees prior to entering the venue doors.”

If you want to go to the creepy side of this, watch as residents in Sweden get microchips implanted into their hands with their vaccine passport.

As Michael Snyder writes: “Society is increasingly being divided into two classes of people, and the class of people that is willingly conforming is being granted many ‘privileges’ that the other group is being denied. Many believe that this is ‘just a phase’ and that things will eventually go back to normal. But the truth is that this is not ‘just a phase’ at all.”

Snyder details how the bureaucrats, like Anthony Fauci, and Big Pharma CEOs are saying COVID-19 is here to stay meaning they have no intentions of reigning in the dictates of the last two years while demanding never-ending boosters.

“These are such dark times, and I have a feeling that they are about to get a whole lot darker,” Snyder wrote.

Indeed, we have lost that right to privacy that Madison intended to protect, but it’s been in the works for a long time.

John and Nisha Whitehead wrote about the groundwork that has been laid for years to destroy our privacy, and they’re using COVID-19 to further implement the spy-state apparatus. They write:

“I have studied enough of this country’s history — and world history — to know that governments (the U.S. government being no exception) are at times indistinguishable from the evil they claim to be fighting, whether that evil takes the form of terrorism, torture, drug trafficking, sex trafficking, murder, violence, theft, pornography, scientific experimentations or some other diabolical means of inflicting pain, suffering and servitude on humanity.”

“And I have lived long enough to see many so-called conspiracy theories turn into cold, hard fact.”

“Remember, people used to scoff at the notion of a Deep State (aka Shadow Government). They used to doubt that fascism could ever take hold in America, and sneer at any suggestion that the United States was starting to resemble Nazi Germany in the years leading up to Hitler’s rise to power.”