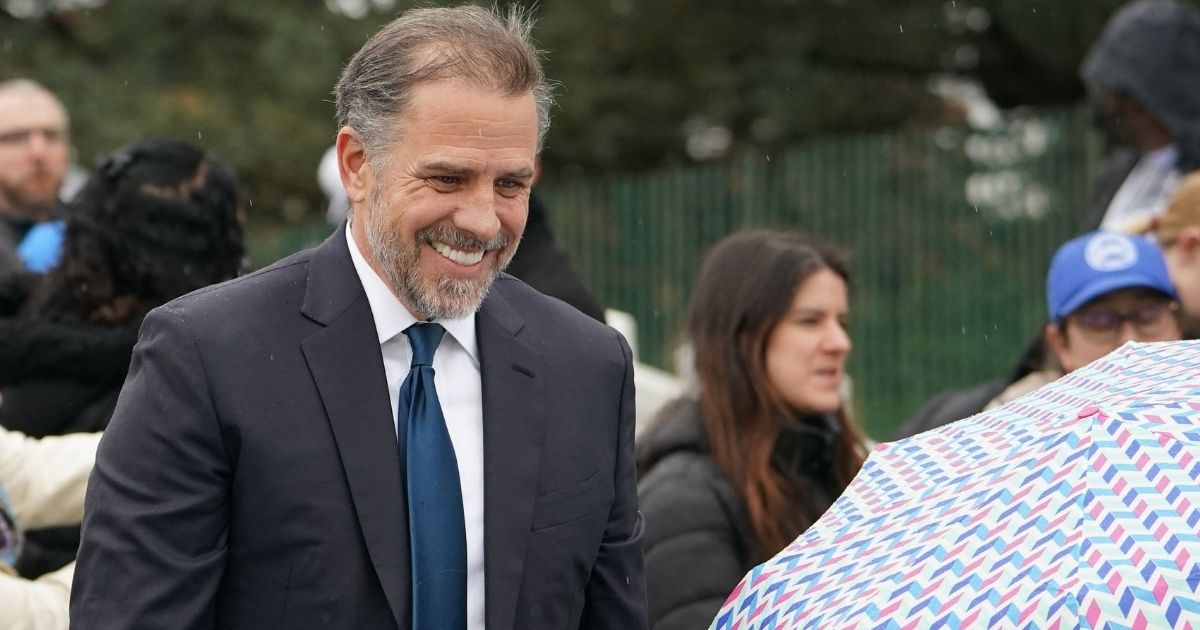 This guy has some serious problems.

Hunter Biden can be seen smoking a substance and drinking a White Claw in a bathtub in a new video.

The video, obtained by The Sun from a group investigating the younger Biden’s infamous “laptop from hell,” is difficult to watch.

You may get high, but can you get as high as Hunter Biden after smoking a crack pipe that you drink white claw in a dark bathtub with staring into the recording camera with ambient music playing? pic.twitter.com/AgXCMZRS5M

A naked Biden gazed blankly into the camera as he sat in a sensory deprivation tank.

His bizarre expression is visible under green lighting, and ambient music is played in the background.

The president’s son ignited what appears to be a crack pipe in the home video.

The video was reportedly filmed at a health spa in Newburyport, Massachusetts, in January of 2019.

Would you trust Hunter Biden?

Because nothing rings health and recovery like smoking a crack pipe and drinking a White Claw, right?

At the time, the younger Biden was a patient of a celebrity psychiatrist who has since lost his medical license on grounds of malpractice.

This is one of several videos Hunter Biden produced of himself abusing drugs. In other videos, Biden enjoyed the substances in the presence of prostitutes.

A longtime drug addict, the younger Biden was kicked out of the Navy Reserve for drug use after securing an insider path to an officer’s commission.

Hunter Biden isn’t even an errant youth, by the way. These videos would be one thing if Biden was a college student without international political and business connections.

He would’ve been in his late 40s around the time he decided it was a good idea to record this video.

Hunter made a rare public appearance earlier this week, joining Joe on the White House balcony for Independence Day.

In a voicemail obtained from Hunter’s laptop, Joe Biden discussed the New York Times’ coverage of his son, predicting that he was “clear” and urged Hunter to call him.