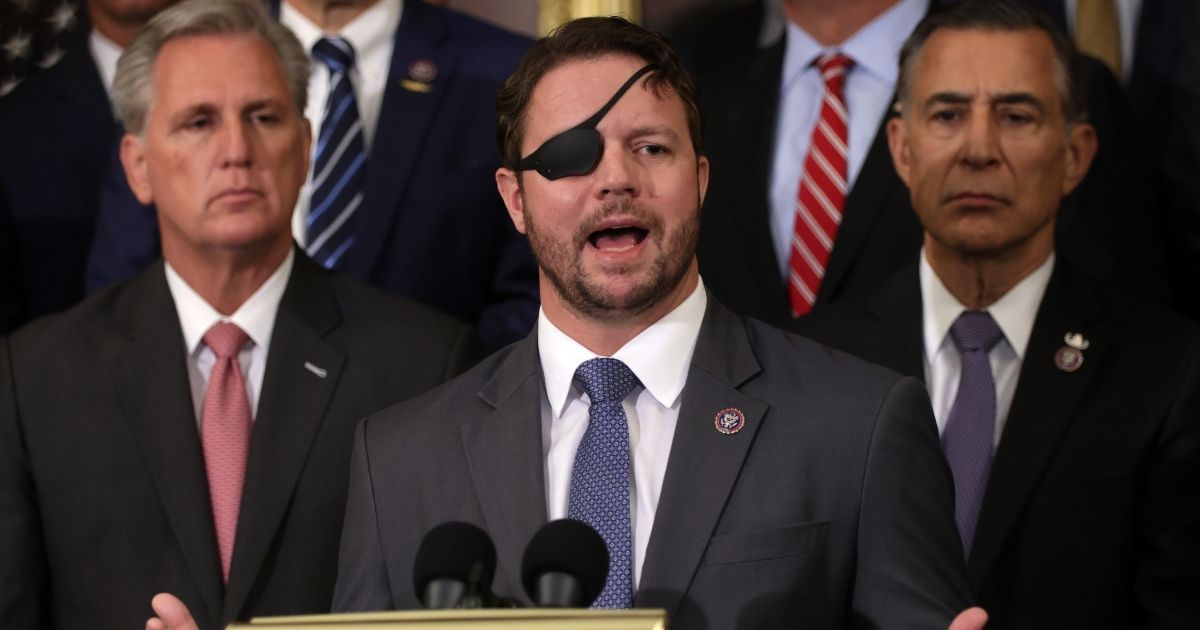 Crenshaw tweeted a video of the congresswoman Tuesday in which she criticized Minneapolis police officers over the rise in violent crime.

“The person who said ‘we need to completely dismantle the Minneapolis Police Department,’ supported the defunding of that police department, and demonizes law enforcement as a ‘cancer’ on society is now… complaining that police aren’t stopping crime,” Crenshaw tweeted.

The person who said “we need to completely dismantle the Minneapolis Police Department,” supported the defunding of that police department, and demonizes law enforcement as a “cancer” on society is now… complaining that police aren’t stopping crime.

Can’t make this up. https://t.co/TrSHGXNhxI

This is not the first time Crenshaw has criticized Omar. In June, he said during a Fox News interview that the congresswoman should be fired after comparing the U.S. and Israel to Hamas and the Taliban.

“The reduction in policing currently in our city and the lawlessness that is happening is due to two things,” Omar said in the video Crenshaw tweeted Tuesday.

Should defunding the police be made illegal?

“One, the police have chosen to not fulfill their oath of office and to provide the public safety they are owed to the citizens they serve. Right, it’s documented.

“But even before it was documented, the Minneapolis Police Department is the most dysfunctional police department in our state and probably in the country,” the congresswoman added.

Omar also addressed the issues of accountability for police actions.

“The second part is that there has to be accountability and someone that is actually taking responsibility for what the police does and doesn’t do. And that doesn’t exist in this moment,” she said.

“I do believe that the current charter that we have does tie the hands of those who want to have that accountability, because we are mandated to have a specific amount of policing.”

The words sounded rather odd to Crenshaw since they came from a person who has long advocated for defunding the police in her city.

Omar has recently increased her support to overhaul and largely dismantle the current Minneapolis Police Department. In an Aug. 31 Op-Ed in the Minneapolis Star-Tribune, she wrote, “The truth is the current system hasn’t been serving our city for a long time.”

The congresswoman blamed many of the city’s problems on “violence at the hands of police.”

“Right now, we expect the MPD to respond to all types of emergencies, from mental health crises, to domestic abuse, sexual abuse, and simple noise complaints and traffic stops,” Omar wrote. “But the department simply is not equipped to deal with all these issues, which can lead to escalating tensions and even violence at the hands of police.”