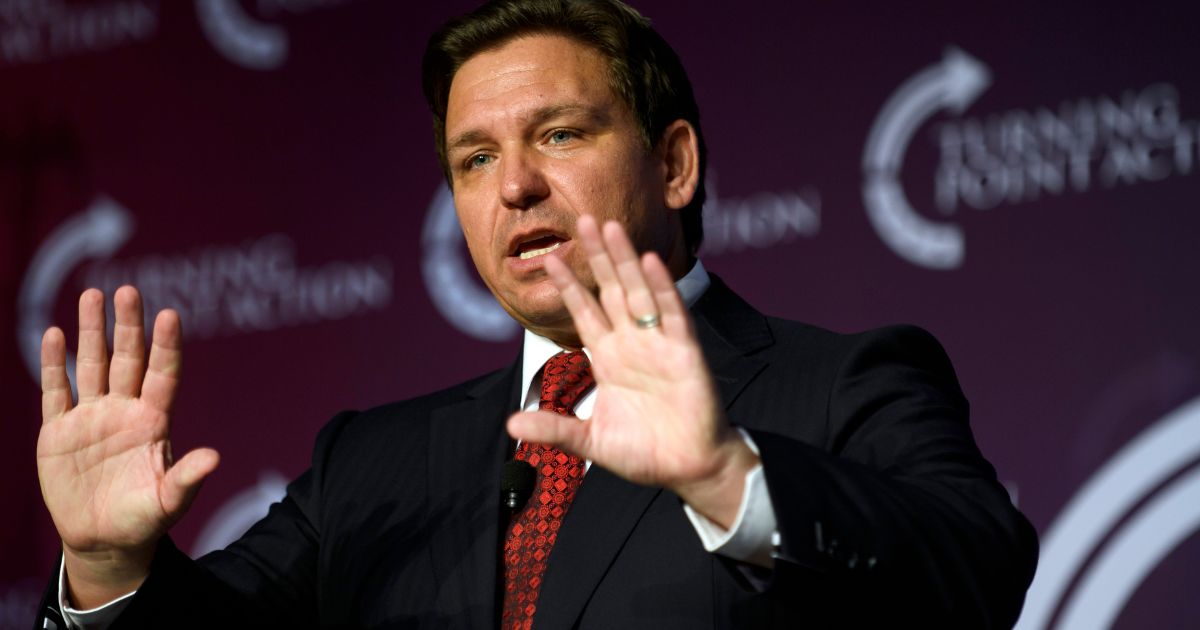 “We are a law and order state, and this is a law and order community,” DeSantis said during a Friday news conference, according to Fox News. “So do not think that you’re going to take advantage of people who’ve suffered misery.”

He added later that day, “Don’t even think about looting.”

“I can tell you in the state of Florida, you never know what may be lurking behind somebody’s home,” DeSantis said. “And I would not want to chance that if I were you, given that we’re a Second Amendment state.”

In a news conference on Thursday, Lee County Manager Roger DesJarlais noted that police have already had to deal with incidents of looting but have been “unable to respond” to some calls because of the storm. The county was forced to invoke a curfew, Newsweek reported.

DesJarlais added that “there’s going to be a zero-tolerance policy for looting and violence.”

Lee County Sheriff Carmine Marceno on Wednesday also warned that his department has “zero tolerance” for those who may try to take advantage of the damage caused by the storm.

“A message that’s very clear for any of those individuals that think they’re gonna go out there and loot or prey on people during this horrific event: You better think twice,” Marceno said, adding that those who break the law will be “going to jail if you’re lucky.”

“I know we had a report of one incident where someone tried to loot into a gas station. I don’t know the details, but it’s infuriating and we’re not gonna allow it. We are a great law and order state,” he said. “My message is very clear to those who think they’re gonna loot: Go somewhere else.”

Ian, which has since been downgraded to a tropical storm, hit Florida’s west coast on Wednesday as a Category 4 hurricane.

According to one projection, the storm could have caused as much as $65 billion in damage.

As of Saturday, the death toll of the storm had risen to 35, The Associated Press reported. Over 1 million Floridians were without power, according to a power outage tracker.

President Joe Biden spoke with DeSantis on Friday and reiterated his administration’s commitment to helping Florida’s recovery, The Hill reported.

“I’ve directed that every possible action be taken to save lives and get help to survivors,” Biden said in remarks at the White House. “Every single minute counts. It’s not just a crisis for Florida; it’s an American crisis. We’re all in this together.”

“[Hurricane Ian] is likely to rank among the worst in the nation’s history,” he said. “You have all seen on television homes and property wiped out. It’s going to take months, years to rebuild.”