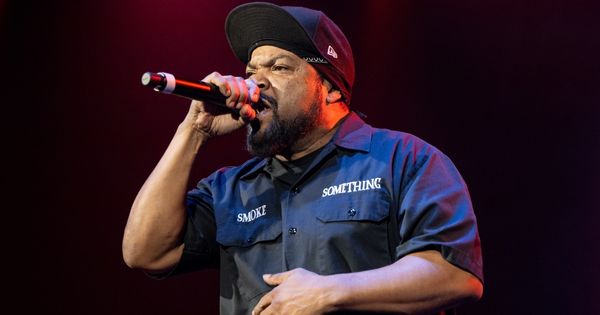 A celebrity may have just exposed how Hollywood coaxed him into getting the COVID vaccine in order to advance their careers.

On Monday, Variety reported that rapper Ice Cube said that he turned down a $9 million dollar acting role due to his refusal to get the COVID vaccination.

Later on in the interview, however, the rapper said that he didn’t turn down the role, but was refused the role over his decision not to get vaccinated.

In essence, Ice Cube may have just confirmed that celebrities were subjected to the same onerous vaccination requirements during COVID that many of us were subject to.

Frankly, this now answers the question of why so many celebrities were willing to go along with corporate propaganda, even to the point of taking a controversial vaccine.

When you have millions of dollars dangling in front of your face, and a genuine chance to advance your career, it is hard not to go along with the demands, especially if they seem rather small at first glance.

Do you feel like people were coaxed into getting the COVID vaccine?

Ice Cube is not the first one to come forward and say that Hollywood handlers have asked him to take medicine in order to be a better celebrity. Kanye West, who now goes by the name Ye, recently stated that he has been “drugged out of [his] mind” by his handlers and revealed text messages from his fitness trainer who threatened to have him institutionalized again.

“So I will say this again,” West said in a tweet. “I was mentally misdiagnosed and nearly drugged out of my mind to make me a manageable well behaved celebrity.”

So I will say this again I was mentally misdiagnosed and nearly drugged out of my mind to make me a manageable well behaved celebrity pic.twitter.com/3kRuxoLcts

Think about it for a moment. Either you do what they tell you, or you are sent to a mental institution and possibly have your career ruined. No wonder so many celebrities suck it up and amplify the corporate narrative.

This begs the question: How many other celebrities were threatened with the loss of roles or the ruination of their careers if they did not get the vaccine and amplify the mainstream narrative?

Many ordinary people also risked having their careers destroyed for refusing to get vaccinated. In fact, at one stage, President Biden issued an executive order requiring all private businesses with more than 100 employees to mandate vaccines.

But fortunately, there were many brave people who stood up to protect our freedoms from these draconian laws. One was Florida Gov. Ron DeSantis, who stated, “Nobody, no cop, no firefighter, no nurse, nobody should be losing their jobs because of these jabs.”

Watch Now: Florida is stepping up to protect workers and families from heavy-handed mandates.https://t.co/w3hXMnDdeP

Another was John Catanzara, a leader in Chicago’s police union, who said that forcing police officers to get the jab was “absolutely wrong.”

So now we see why some were willing to get the vaccine. They were threatened with the loss of their livelihoods if they did not comply. Celebrities were not exempt, as the example of Ice Cube shows.

This was wrong. There is no reason anyone should have their livelihoods threatened for refusing to take an experimental jab. We must hold those responsible for this accountable in order to ensure that this never happens again.