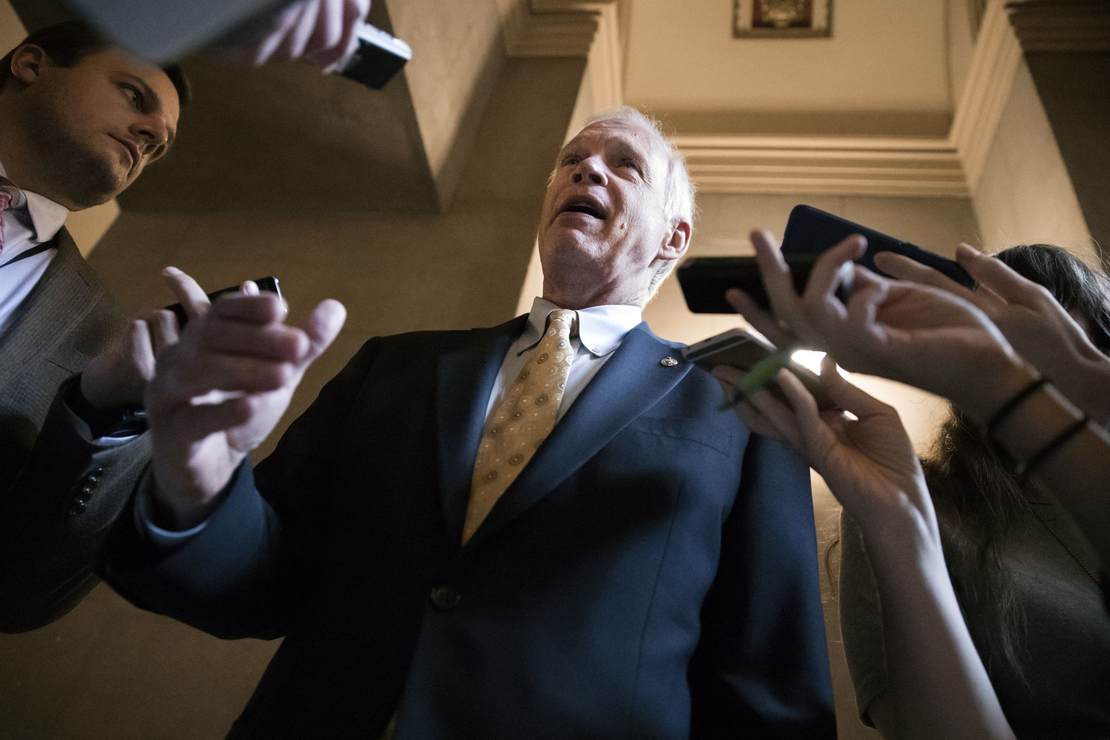 As Glenn Reynolds likes to say, don’t get cocky. Republicans have a distinct disadvantage in the Senate midterm races this year. They are defending ten more seats than Democrats, and they also have five retirements to contest with newly drafted candidates.

Even so, Democrats appear poised to lose a couple of seats they thought they would flip — and perhaps their best prospects for keeping control of the Senate. Axios’ Josh Kraushaar reports that momentum has shifted in the race for Senate control to the GOP, thanks to Democrat stumbles in so-called “blue wall” states:

Democrats are facing fresh problems in two pivotal Senate battlegrounds in which their nominees are facing attacks for being too progressive.

What’s happening: In Wisconsin, GOP Sen. Ron Johnson has pulled ahead of Democrat Mandela Barnes in the latest wave of public polls. In Pennsylvania, recent polling suggests Democrat John Fetterman’s double-digit advantage over Republican Mehmet Oz has shrunk to a statistical tie. They are vying for the seat held by retiring GOP Sen. Pat Toomey.

Why it matters: The Republican momentum in both states, acknowledged by strategists on both sides, means the pathway for Republicans to win back the Senate majority looks clearer.

It’s still a tight race in both states, so again, this is no time to get cocky. On the other hand, Democrats and media (but I repeat myself) are beginning to grasp at straws to keep up their hopes of winning control of the Senate. For instance, with Republican enthusiasm running at fever pitch in the midterms, Politico muses over the potential impact of rural voters, based on one special election turnout two months ago:

Rep. Pat Ryan prevailed in a close race over his Republican opponent in an August special election in upstate New York in part because rural voters came out to the polls at lower rates than voters in more populated places in his bellwether congressional district.

The race in New York’s 19th District wasn’t unique. A POLITICO analysis of turnout data before and after Roe v. Wade was struck down in June shows that voters in rural counties were less motivated to cast ballots than those in more Democratic-leaning suburbs and cities after the Supreme Court decision. Though special elections are not a crystal ball, that could spell potential trouble for the GOP if the trend continues to the midterms in November, because rural voters, who overwhelmingly supported former President Donald Trump, are a key constituency for Republican candidates.

“Republicans are not as energized as they want or expected, and Democrats are very energized right now,” said Chris Walsh, Ryan’s campaign manager.

I’m not sure what that’s supposed to tell us. Special elections are not only not a crystal ball, they’re a terrible model for regular-election turnout — and always have been. Both parties claim momentum off of special elections, but the truth is that only the most politically engaged ever keep track of such elections. Ryan may discover that the hard way in November when his R+3 district prepares to vote on a full term for the House, too.

As the eminent philosopher Sir Charles of Barkley once instructed: If ifs and buts were beer and nuts, we’d all have a hell of a party.

This looks like whistling in the wind. Now that pollsters are shifting to likely-voter modeling — about a month late, but better late than never — Republicans have retaken the lead in RCP’s generic ballot aggregation too:

That looks like enthusiasm to me, especially when taking into account that the GOP has a structural disadvantage in generic-ballot polling. Anything better than a D+5 usually signals some Republican gains, and when the GOP leads, those are usually significant in both chambers.

Again, one has to temper that against all of the structural disadvantages that Republicans face in these midterms. Ten more seats to defend, five retirements, and the volatility of candidate selection all impact the potential for winning control of the Senate. It looks like the GOP gave away a pretty good takeaway opportunity in New Hampshire on top of that, at least for now. So don’t get cocky — but don’t get discouraged either.