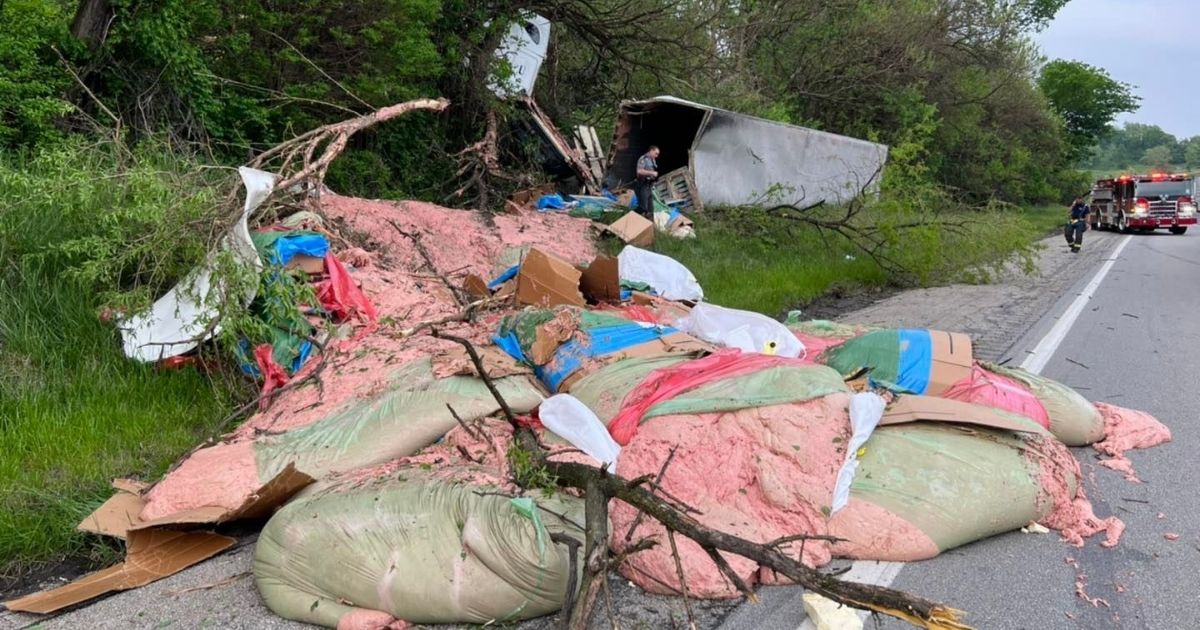 Whether you love or hate hotdogs, they’re an American staple and will be showing up more than ever as summer rolls around and people fire up their grills.

After last Friday, though, the world is short by over seven tons of the “meat product,” after a semi-truck carrying a large amount of hot dog filling lost its cargo across a Pennsylvania interstate and sparked a major backup.

“*ACTIVE INCIDENT* RCFD units on scene of a Vehicle Accident-Commercial on Interstate 70 West Mile 43,” the Rostraver Central Fire Department shared on Facebook on May 20.

“I-70 West is restricted to one lane. Use caution in the area while the scene is cleared.”

Several factors were allegedly at play in the pink slime’s demise, including the driver traveling at a fast rate of speed — with faulty brakes.

Do you think this truck driver should face criminal charges?

“Due to the violent stopping motion of (the tractor trailer) … the trailer became dislodged, causing approximately 15,000 pounds of hot dog filler to catapult on to the roadway,” an accident report from Trooper Tyler Martin read, according to the Pittsburgh Tribune-Review.

“Further investigation after the crash revealed that multiple brakes on the vehicle were completely inoperable, resulting in a total loss of stopping power.”

The driver, 30-year-old Makendy Lachald from Laurel, Delaware, will be receiving multiple citations for the incident, including one for speeding.

Lachald and his passenger, 42-year-old Robert Gilles, were taken to a local hospital after being treated for minor injuries at the scene of the accident. Their current condition has not been publicly released.

The condition of the meat product, however, was obviously beyond repair, and traffic was congested until 11:30 p.m. when first responders were finally able to clear the food goo off the roadway.

Chihuahua Puppy Survives Being Shot Through the Neck with an Arrow; Now She's Looking for a Home

Locals commenting on the fire department’s post had plenty to say about the unusual accident. Some also shared that it had been a rather warm day for the area, which no doubt added a little something special to the clean-up experience.

“Nothing like cleaning up meat on an 80 degree day,” one person wrote.

“Brings a whole new meaning to road kill,” another commented.

“I thought it was insulation,” someone else added.

Based on the comments, it looks like a lot of Pennsylvanians may be opting out of grilling hot dogs this weekend.