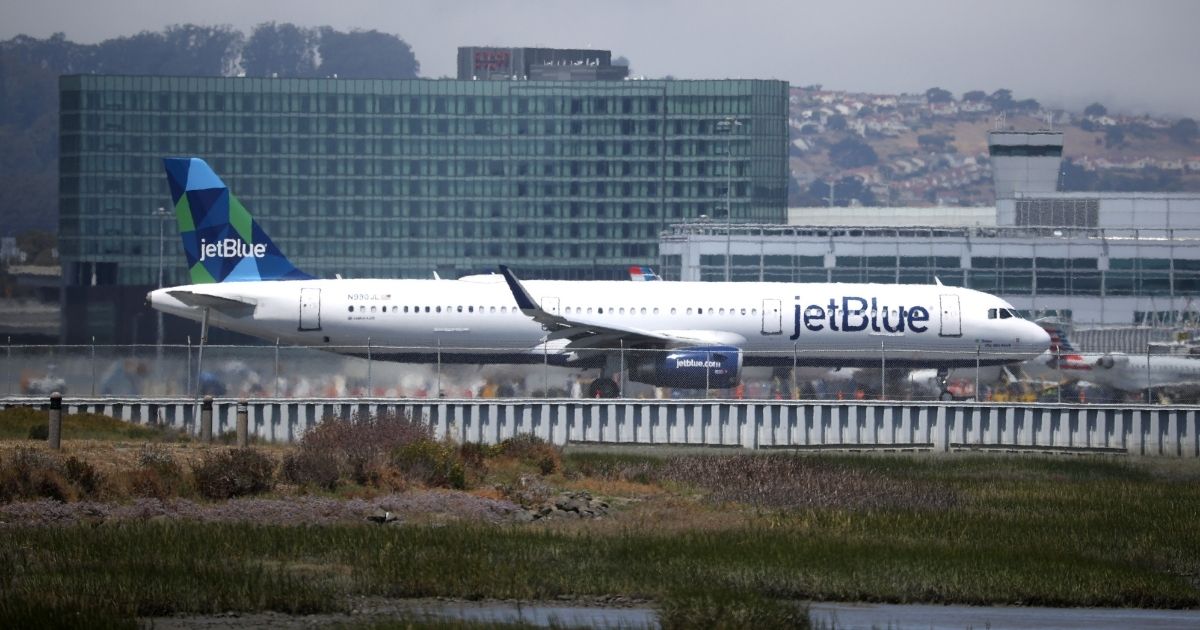 Travelers on Jet Blue Flight 261 from Boston to San Juan, Puerto Rico, on Wednesday evening had a bit of a scare when fellow passenger, Khalil El Dahr, grew angry after a call he’d tried to make failed.

According to a subsequent FBI affidavit filed by a special agent, El Dahr left his seat about 45 minutes before the flight was scheduled to land in San Juan and ran toward the flight deck where he tried to force his way into the cockpit.

He was demanding to be shot in Spanish.

The affidavit said he was intercepted by a flight attendant and “corralled in the area before the galley” when a pilot opened the door to the cockpit to see what was going on in the plane.

At that moment, El Dahr grabbed the flight attendant’s “collar and tie with one hand while using his other hand to grab the overhead compartment to gain leverage to kick.”

Video Shows Al Sharpton Forced to Shut Down Border Press Conference When Protesters Descend: ‘Get Out of Texas'

He kicked the flight attendant in the chest.

In the meantime, El Dahr kept pulling the attendant’s tie even tighter. The attendant was having difficulty breathing.

Eventually, six or seven crew members were able to subdue the man, restraining him with flex cuffs.

However, El Dahr quickly snapped out of the first pair of cuffs which the FBI said forced the crew to resort to using multiple seatbelt extenders to form a makeshift straitjacket, while using another pair of cuffs and a flight attendant’s necktie to tie him to a seat.

Do you believe El Dahr's actions were pre-meditated or spontaneous?

He was held in the back of the plane until it landed in San Juan.

The FBI agent spoke to a second flight attendant who said El Dahr was speaking in both Spanish and Arabic. At one point, the report noted, he could be heard shouting “Allah.”

Upon landing, law enforcement boarded the plane and took over. El Dahr was charged with interfering with a flight crew, which is a felony.

#PUERTORICO: A man on board a JetBlue flight from Boston to San Juan on Wednesday allegedly assaulted crew members and tried to storm the cockpit, according to an FBI affidavit. pic.twitter.com/xizfnv7MqL

#PUERTORICO: The passenger, identified as Khalil El Dahr, had to be restrained to a chair with several seatbelt extenders for the rest of the flight.

While we’ve heard quite a few stories about fights, and even some brawls, breaking out in airports and on airplanes over the last year or so, this incident is eerily reminiscent of the 9/11 hijacking of Flight 93.

A man trying to storm the cockpit while invoking Allah is very different from an individual who’s tired of wearing his mask.

I wonder who El Dahr had tried to call.

New Yorkers Can Stop Democrats from Rigging Our Elections