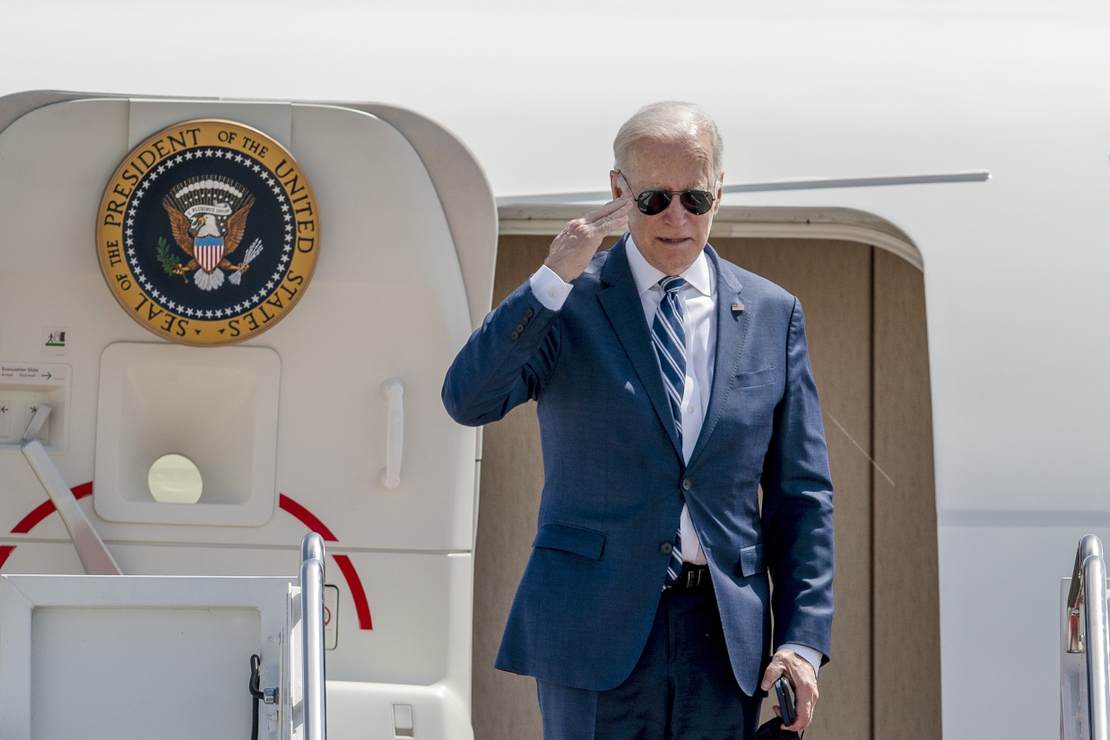 Joe Biden is now in the second leg of his Asian tour. As he prepared to board Air Force One, leaving South Korea and heading to Tokyo, reporters asked if he had any concerns about recent reports of cases of monkeypox. His response wasn’t exactly one that reassures Americans that he’s on top of the situation.

‘They haven’t told me the level of exposure yet but it is something that everybody should be concerned about,’ the president said, adding, ‘we’re working on it hard to figure out what we do and what vaccine, if any, might be available for it.’

‘It is a concern in that if it were to spread it would be consequential,’ he added. ‘That’s all they told me.’

Who is “they”? Why wouldn’t Biden be getting up-to-date information on something like the potential spread of monkeypox, especially after we’ve been through over two years of the coronavirus pandemic? Biden ran on conquering COVID-19 (he didn’t). Though his administration had the advantage of the availability of vaccines for COVID-19 when he came into office, his push to get Americans vaccinated often fell short of expectations. Now it is up to him to deal with sudden random cases of monkeypox around the world.

If Biden was able to articulate a message, he could have mentioned an FDA-approved combination smallpox and monkeypox vaccine that is available. Something along the lines of, ‘Don’t worry, if monkeypox becomes more of a threat than it is right now, there’s a vaccine available.” Biden is fond of making big statements and then not following through with details. In this case, he said “everybody” should be concerned. He stopped short of offering any guidance as to what we should do, though. That’s the first question anyone has – what do we do?

It’s not panic time, though it’s understandable if people react stronger than usual to a potential widespread outbreak in the U.S., given our lives over the past two years during the pandemic. We’re pandemic-weary. The good news is that so far no one expects monkeypox to be widespread and reach pandemic levels. The bad news is that the bumbling Biden administration is in charge. This is the administration that ignores potential problems until it can no longer and we are in the midst of a crisis. All things considered, there are only a small amount of cases confirmed.

While there are at least 80 confirmed cases of the disease worldwide and another 50 suspected cases, the U.S. has only confirmed a pair of cases after a man in Massachusetts was diagnosed with the disease. Another man in New York City also tested positive for monkeypox.

Cases have been reported in Britain, Spain, Portugal, Italy, the United States, Sweden, and Canada, all by individuals who reportedly had no travel history with Africa. France, Germany, Belgium, and Australia also reported confirmed cases this week.

Smallpox vaccines may provide some protection from monkeypox. In the meantime, health experts are baffled by the spread of monkeypox from Africa, where it is traditionally found, to European countries. Jake Sullivan spoke to the press about monkeypox.

U.S. national security adviser Jake Sullivan said that the United States has vaccines available to treat a potential monkeypox outbreak and that Biden has been briefed on the case tracks domestically and abroad. “He’s being apprised of this on a very regular basis,” Sullivan said, briefing journalists Sunday on Air Force One after departing South Korea.

Scientists are rushing to figure out what is causing the infections and how to respond. So far, the WHO has received reports of 92 cases confirmed in a lab and 28 suspected cases under investigation in the United States, Canada, Australia and nine countries in Europe. Two countries not on the WHO list — Israel and Switzerland — reported their first confirmed cases Saturday.

Studies suggest the smallpox vaccine is at least 85 percent effective against monkeypox, according to the U.S. Centers for Disease Control and Prevention, which points out that the United States has licensed two vaccines to prevent smallpox, with one being authorized specifically for monkeypox.

Speaking of Jake Sullivan, why is he working in the White House as the National Security Advisor? He’s neck-deep into the phony Russia-Trump connection story that was approved by Hillary Clinton. Clinton and her campaign intended to stop Trump from winning the 2016 election and then when Trump won, to overturn the 2016 election by way of making up a phony story. Don’t look for the press to ask questions because they were all only too happy to go along and report on the phony connection without bothering to investigate the accuracy of any of it. And, the FBI has been embarrassed for its role in falling for Hillary’s phony story. Excellent work, everyone! Why does Jake Sullivan still have his job after the recent testimony of Robbie Mook, Hillary’s campaign manager who confirmed that it was all a hoax?

On Wednesday, Bavarian Nordic, the Copenhagen-based company that developed the smallpox vaccine licensed for use against monkeypox in the United States, said the U.S. government had exercised its options under an agreement with the pharmaceutical company to “supply a freeze-dried version of JYNNEOS® smallpox vaccine, thus allowing for the first doses of this version to be manufactured and invoiced in 2023 and 2024.”

The order of new doses of the vaccine, which has a longer shelf life, is worth $119 million, Bavarian Nordic said in a news release. Under its agreement with the company, the U.S. Biomedical Advanced Research and Development Authority can still exercise options worth $180 million for about 13 million freeze-dried doses of the smallpox vaccine in the future.

A Health and Human Services spokesperson told Axios that the purchase was not a direct response to the infections but said the doses could be used to treat monkeypox.

Is the Biden administration worthy of confidence that it will handle the potential threat of monkeypox? It’s understandable that Americans may be hesitant to believe Team Biden can handle it. It’s failed miserably on other big issues, allowing one crisis after another to set in before the administration acts. The supply chain is not being managed properly, as we’ve seen during the Biden baby formula crisis. Team Biden isn’t skilled at strategic planning, as we saw in the disastrous exit from Afghanistan and with the Biden border crisis. Only two out of ten Americans think the country is going in the right direction, according to a poll from Associated Press-NORC Center for Public Research. I’d like to know who those two people are, wouldn’t you?