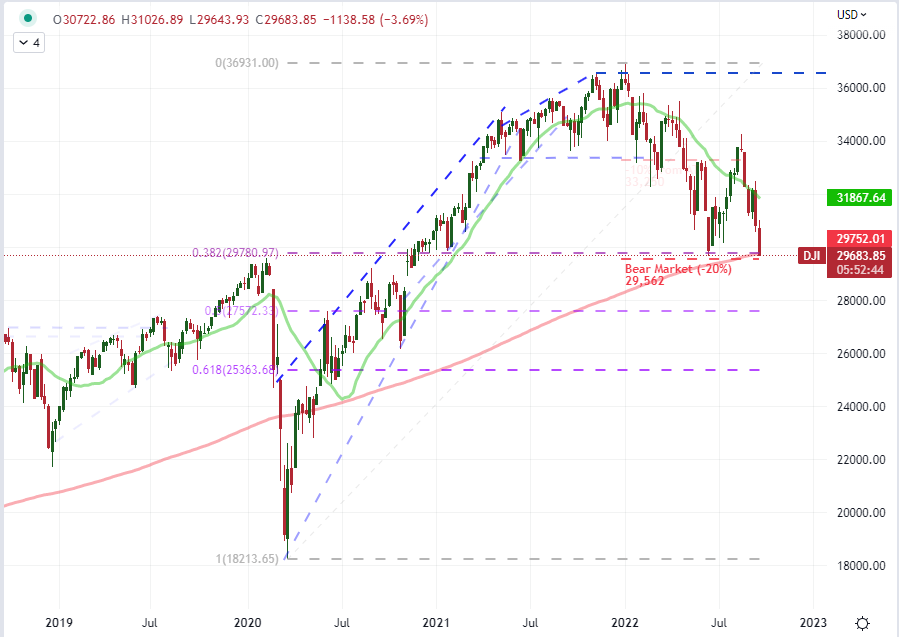 With Friday poised to be the fourth day in a row of slumping stocks, the Dow Jones Industrial average fell by 1.36%, the S&P 500 by 1.7% and the Nasdaq Composite fell by 2%, according to CNBC. Investors’ fears followed a late Thursday announcement by Goldman Sachs analysts, who slashed their year-end expectations for the S&P 500 by 16%, accordingto Reuters.

“Based on our client discussions, a majority of equity investors have adopted the view that a hard landing scenario is inevitable and their focus is on the timing, magnitude and duration of a potential recession and investment strategies for that outlook,” David Kostin, an analyst at Goldman, wrote in the note, according to Reuters.

This follows a Goldman Sachs note released earlier this week, which warned that the Fed was unlikely to relent from its pace of interest rate hikes, even in the event of a so-called “soft landing” where inflation is managed without inducing a recession. Fed Chair Jerome Powell has been clear that the agency will continue rate hikes until inflation is brought under control, and is well on its way to the Fed’s target of 2% annually.

Goldman’s earlier note predicted that the Fed would continue raising rates at least through the end of the year, with a 0.75% interest rate hike in November and a 0.5% interest rate hike in December. Central banks around the world, even some that previously had negative interest rates, have been aggressively pursuing rate hikes as inflation hammers economies worldwide, according to The Wall Street Journal.