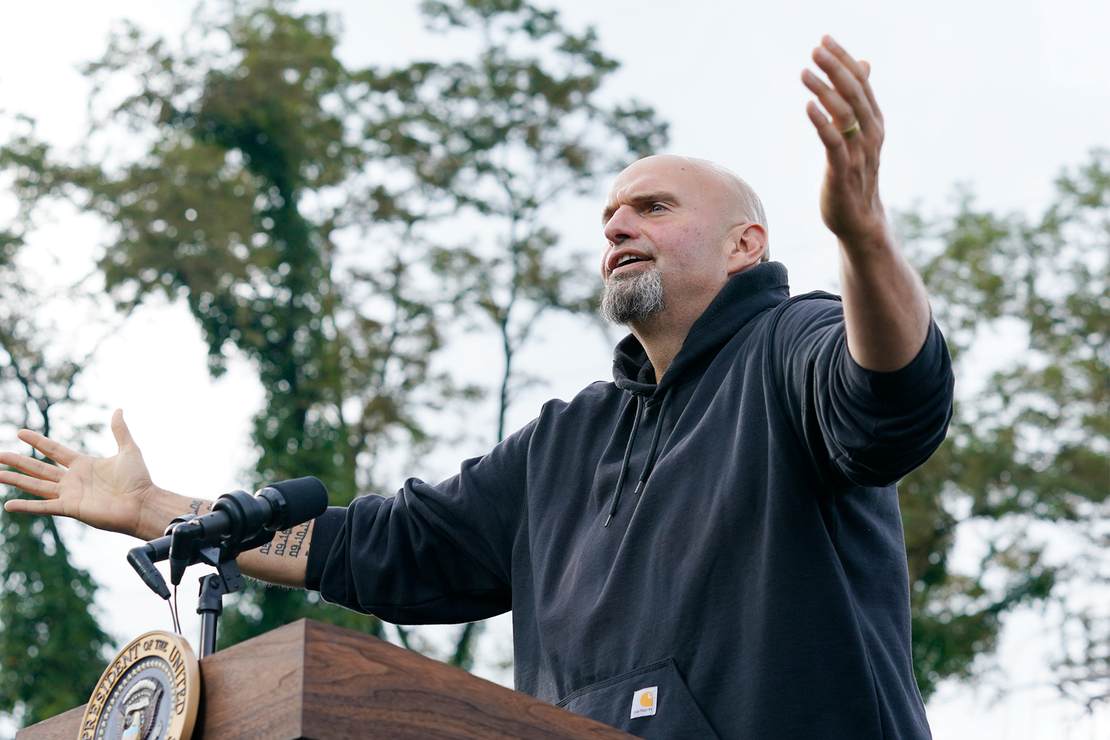 I am absolutely blown away that Pennsylvania Senate candidate John Fetterman is up in the polls. I haven’t been following the race that closely, but Dr Oz must be a mighty bad candidate to be losing to a Democrat who can barely speak. Especially in a state that has been trending Red. Pennsylvania is still competitive, but in a likely Red wave election this seat should be in the bag for Republicans.

Of course, the polls could be wrong and the prevailing narrative off. I am actually inclined to believe that, if for no other reason that Biden is doing so badly.

Fetterman’s campaign staff might be thinking the same thing. After years of asserting that he was a big supporter of BLM–and that he supported its principles long before BLM was a thing–Fetterman has apparently scrubbed his website of all references to the movement.

Senate candidate John Fetterman, D-Pa., has removed mentions of Black Lives Matter from his campaign website in the last month, a review of archived webpages showed.

The “issues” page on Fetterman’s website currently includes sections on inflation ,criminal justice reform, legalizing cannabis, renewable energy, immigration and several other topics, but doesn’t include any section devoted to Black Lives Matter. Archived copies of the page, though, show that as recently as Aug. 22, the same page highlighted Fetterman’s commitment to Black Lives Matter.

“John served as mayor of a city that’s more than 80% Black, and has championed the idea that Black lives matter since long before it became a hashtag,” the previous version of the campaign website stated under a section titled “Black Lives Matter.”

The Fetterman campaign has trotted out a fig leaf defense, asserting that wiping the BLM section wasn’t a big deal because a single video on the website makes a reference to BLM:

Fetterman spokesperson Joe Calvello said it was “false” to suggest the campaign has removed all Black Lives Matter references. He explained that Fetterman references Black Lives Matter in a “personalized video” on the site addressing gun violence. In the video, which was published in April, Fetterman states that, in the past, he never saw the media or general public caring about “Black lives mattering.”

“The one section you seem to be referencing was removed when we updated and greatly expanded our issues page weeks ago,” Calvello told Fox News Digital in a statement. “Voters deserve to know where we stand, and we’re proud that we spell out our platform clearly on our website.”

Fetterman has been getting a lot of pushback on the issue of crime. I suspect his soft on crime positions are not sitting well with the voters:

He has also received criticism for his positions on crime and criminal justice reform. Fetterman’s campaign recently walked back comments he made that appeared to advocate for the release of individuals convicted of second-degree murder.

Fetterman has previously signaled his support for the Black Lives Matter movement. In June, he expressed support for the movement in a tweet saying Juneteenth, a holiday commemorating the emancipation of enslaved African Americans, should have been made a federal holiday a “long time ago.”

“Today we celebrate emancipation + reflect on the long shadow of systemic racism in America,” he tweeted. “PA always stands by the unshakeable truth that Black families matter + Black lives matter.”

As I said, I suspect that Oz is doing better than the polling suggests, and the Fetterman team is beginning to sweat. They have been banking on a sympathy vote and residual distrust of Dr. Oz, and that seems unlikely to be enough to overcome the structural dynamics of this election.

I hope I am right about this, despite having low confidence. Picking up the Pennsylvania senate seat is vital to getting a majority in the Senate.