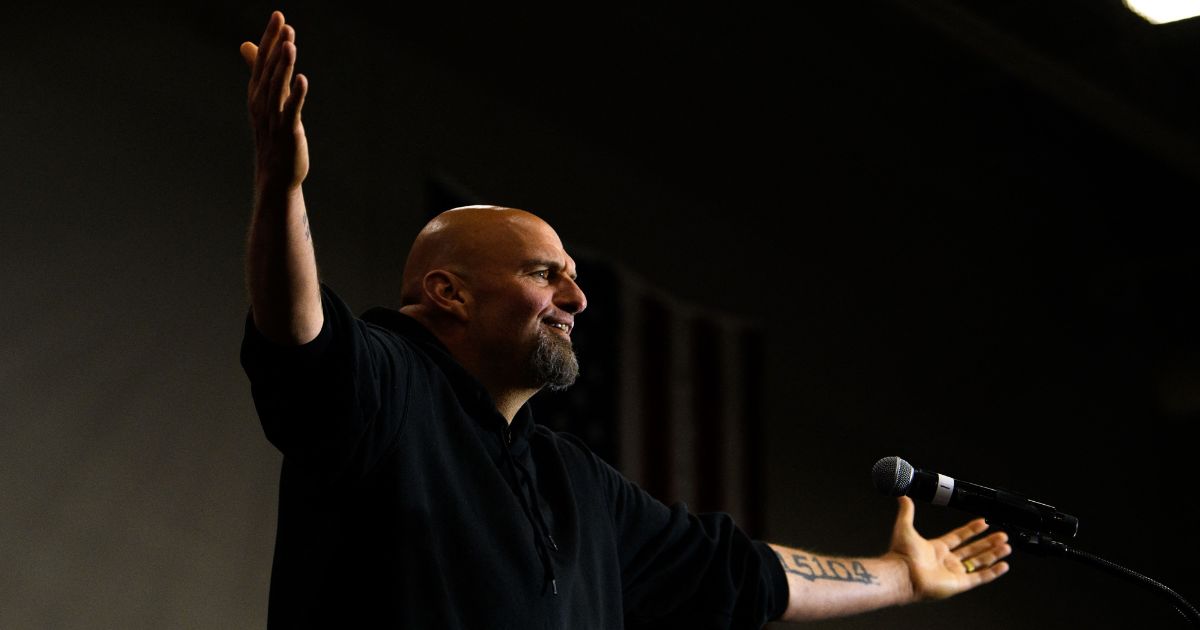 As the midterm elections draw closer, some are raising concerns about the health of the Democratic candidate in the Pennsylvania Senate race, Lt. Gov. John Fetterman.

Fetterman suffered a stroke in May, The Associated Press reported.

In a Wednesday editorial from Fetterman’s hometown Pittsburgh Post-Gazette, the editorial board noted that there have been delays in scheduling a debate between Fetterman and the Trump-endorsed Republican candidate Mehmet Oz, raising questions about Fetterman’s “ability to communicate and process information.”

The editorial board also pointed out that while Fetterman has made public appearances, his speech still seems to be recovering after the stroke.

In light of this, the Post-Gazette encouraged both candidates to release their health records in order to reassure voters that they are fit for office.

Angry Wives of Border Patrol Agents Have Had Enough of Biden's Policy, Take Matters Into Their Own Hands

“Mr. Fetterman ought to release the full results of his cognitive tests and other medical records, and make his doctors available to the media. Mr. Oz should release his medical records, too,” the editorial board wrote.

The Post-Gazette is not alone in this opinion.

On Sept. 12, the Washington Post editorial board also called on Fetterman to release his medical records.

“Mr. Fetterman is asking voters for a six-year contract without giving them enough information to make sound judgments about whether he’s up for such a demanding job,” the board wrote.

Should Fetterman release his cognitive tests?

“We have called for full disclosure of health records from candidates for federal office in both parties, including Donald Trump and Joe Biden, and we believe Mr. Fetterman should release his medical records for independent review.”

After the Post-Gazette suggested that Oz should release his medical records as well, the Republican candidate quickly complied, The Associated Press reported.

Oz released a letter written by Dr. Rebecca Kurth after an annual checkup with the 62-year-old on Thursday.

Kurth said she found him to be “in excellent health” and had only slight concern about his cholesterol levels, which were “borderline elevated.”

Oz said in a statement that “voters should have full transparency when it comes to the health status of candidates running for office.”

DeSantis Wins Again – Out of Over 1M New Voters, Less Than 18K Registered as Democrat

Fetterman responded by attacking Oz in a statement of his own.

“In June, I released a letter from my doctor where he clearly stated that I am fit to serve,” he said. “Dr. Oz built his entire career by lying to people about health. I trust my actual doctors over the opinion of a charlatan who played one on TV.”

The Pennsylvania Senate race is one of the most closely watched since it has the potential to tip the Senate into Republican control.

On Thursday, a Muhlenberg College/Morning Call poll showed that Fetterman had a 5-point lead over Oz.