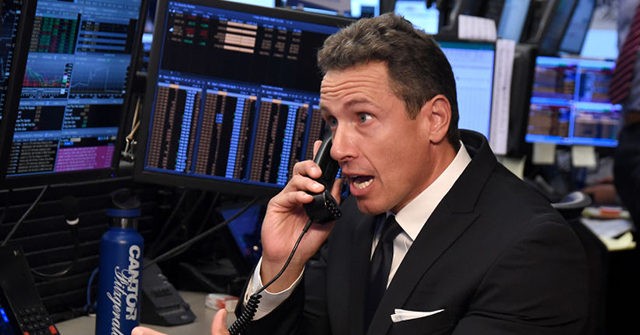 The disgraced Chris Cuomo now works for some cable outlet called NewsNation and managed to attract only 147,000 viewers in his splashy Monday night debut.

Cuomo, who is so dishonest and biased he was not only fired by CNN, he was fired during the infamous Jeff Zucker era, managed to grab only 8,000 viewers in the 25-54-year-old advertising demo.

NewsNation is available in 80 million homes, which means Chris Cuomo’s debut ratings are statistically zero, or 0.0018375 percent of his potential audience.

NewsNation says its goal is to attract viewers tired of opinionated news shows and that its news coverage will be straight down the middle. And then NewsNation proved that was a hoax by hiring the far-left Chris Cuomo — a shameless purveyor of fake news and outright lies.

Here’s the breakdown for Monday night in cable news…

Adding insult to injury for Cuomo was the fact that reruns of syndicated shows such as “Blue Bloods” on NewsNation as well as “Paw Patrol,” “SpongeBob,” “Seinfeld,” “Cocomelon,” “The Office” and “Bobs Burgers” all drew more total viewers and the 25-54 demographic.

The problem for Cuomo is this… This is likely as good as it gets. When will Cuomo receive more media attention than for his debut? In a world with 500 channels and no shortage of left-wing news anchors posing as objective, why watch Cuomo?

Yeah, he was CNN’s highest draw for a whole, but that’s like being the thinnest guy at fat camp. CNN was (and is) mired in last place largely because of dishonest liars like Chris Cuomo.

Chris Cuomo declares on CNN that he’s “black on the inside.” https://t.co/qiyXl5iwel

In his debut show, Monday, Cuomo claimed he’s “learned lessons” from his time at CNN and will now be less partisan.

“I have learned lessons — good and bad — in the past many months,” he said. “I have relied on my family, friends and therapist, and thankfully, it has been the case that what doesn’t kill us does makes us stronger.”

He added that he will be “more transparent about where my head is on the issues that we cover.”

CNN’s Chris Cuomo has admitted to groping a woman while working at ABC News. https://t.co/fVikmPyn33

I’m not going to hold my breath … or watch.

After all the scandals and disgrace, Fredo gets $1 million per year.

These corrupt, little, silver-spoon Fauntleroys always land on their feet.