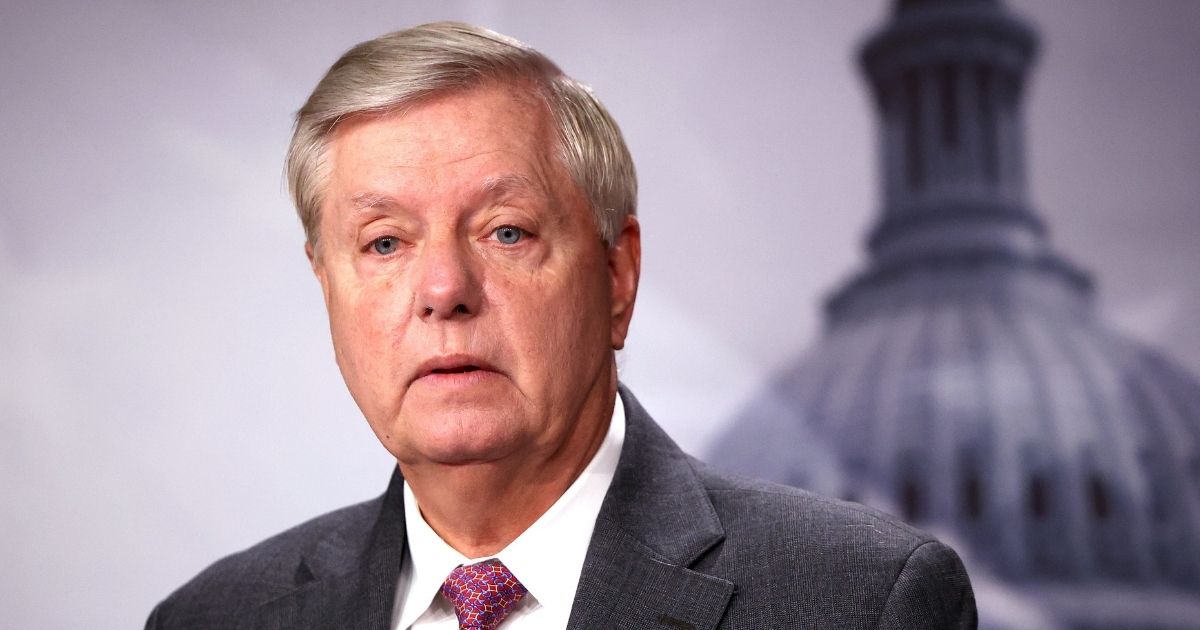 Republican Sen. Lindsey Graham of South Carolina announced Monday night that he has tested positive for COVID-19 despite being vaccinated months ago.

“I was just informed by the House physician I have tested positive for #COVID19 even after being vaccinated. I started having flu-like symptoms Saturday night and went to the doctor this morning,” Graham tweeted.

“I feel like I have a sinus infection and at present time I have mild symptoms. I will be quarantining for ten days. I am very glad I was vaccinated because without vaccination I am certain I would not feel as well as I do now. My symptoms would be far worse,” he wrote.

I feel like I have a sinus infection and at present time I have mild symptoms.

I will be quarantining for ten days.

I am very glad I was vaccinated because without vaccination I am certain I would not feel as well as I do now.

My symptoms would be far worse.

Graham, 66, was vaccinated in December and has called upon others to do the same, according to Fox News.

During a visit to the Medical University of South Carolina in Charleston this spring, Graham said “the sooner we get everybody vaccinated, the quicker we can get back to normal.”

Over the weekend, Graham was aboard a houseboat owned by Democratic Sen. Joe Manchin of West Virginia. The Senate remained in Washington to work on the infrastructure bill before the gathering.

“Senator Manchin is fully vaccinated and following the CDC guidelines for those exposed to a COVID positive individual,” Manchin’s office said in a statement.

Do you support the new CDC mask guidelines?

Democratic Sens. Mark Kelly of Arizona and Jacky Rosen of Nevada also were in attendance, according to CBS News.

Both Kelly and Rosen are fully vaccinated, according to their spokespeople, and will follow guidelines from the Centers for Disease Control and Prevention and the advice of the Office of the Attending Physician.

Graham’s illness touched off a ripple effect on Capitol Hill.

US Sets Another Air Travel Record Despite the Ongoing Pandemic, Airlines Struggle to Meet the Demand

Democratic Sens. Jacky Rosen and Catherine Cortez-Masto were both at the houseboat party, their spoxes say: pic.twitter.com/qbbgDAKg0o

Senate Democrats, who had resumed holding leadership meetings in person recently, are now back to holding them virtually, according to Sen. Debbie Stabenow. This comes in the aftermath of the Sen. Graham news.

Graham was among the maskless senators of both parties on Friday, according to The Washington Post. Last week, masks were recommended for House members but not senators.

Fox News noted Graham was wearing a mask while on Capitol Hill on Monday before the announcement of his positive test.

Cases such as that of Graham, in which a vaccinated person tests positive for the virus, are one reason the CDC altered in coronavirus guidance to urge wearing a mask indoors regardless of vaccination status to limit the spread of the virus.