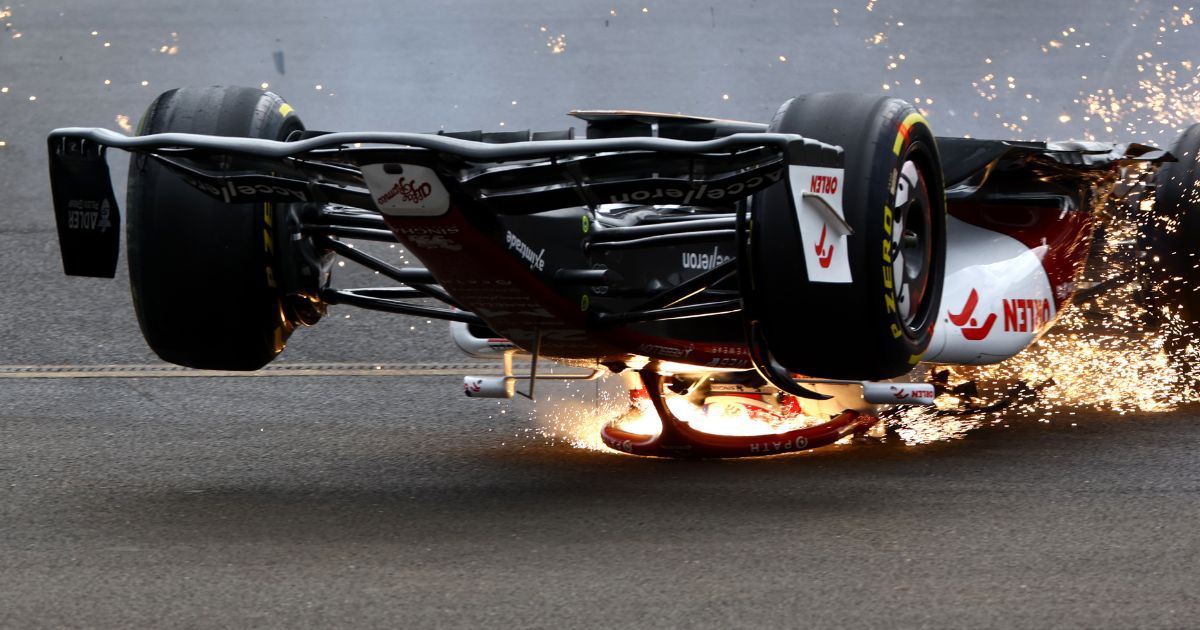 The driver of a Formula One racing car involved in a cringe-worthy crash Sunday was posting on social media within hours of the accident, citing a safety device for saving his life.

The incident took place at the British Grand Prix at Silverstone speedway.

Chinese Formula One driver Zhou Guanyu’s car was hit by another vehicle, according to USA Today.

The car of driver George Russell appeared to be hit from behind, sending his car into Zhou’s Alfa Romeo.

Zhou’s car flipped immediately after that initial contact and skidded, leaving a trail of sparks.

The car then hit a tire barrier and crashed into a fence, coming to rest there on its side.

Zhou noted that he was protected by what is called a Halo, a bar that runs above where the driver sits to protect his head.

Should safety always be maximized in these dangerous sports?

“I’m ok, all clear,” Zhou tweeted. “Halo saved me today. Thanks everyone for your kind messages!”

I’m ok, all clear. Halo saved me today. Thanks everyone for your kind messages! pic.twitter.com/OylxoJC4M0

As noted by ESPN, the Halo entered Formula One racing in 2018 as a step to save lives, but “was controversial, with many traditionalists as it was such a big step away from the unprotected look of cars.”

According to the Daily Mail, the device proved its worth in a separate race at the same track Sunday.

During the F2 feature race, racer Dennis Hauger landed on top of Israeli Roy Nissany in an accident.

Nissany, like Zhou, emerged from the crash without serious injuries.

Spaniard Carlos Sainz, Jr. would go on to win the Formula One race, which was restarted after the crash.