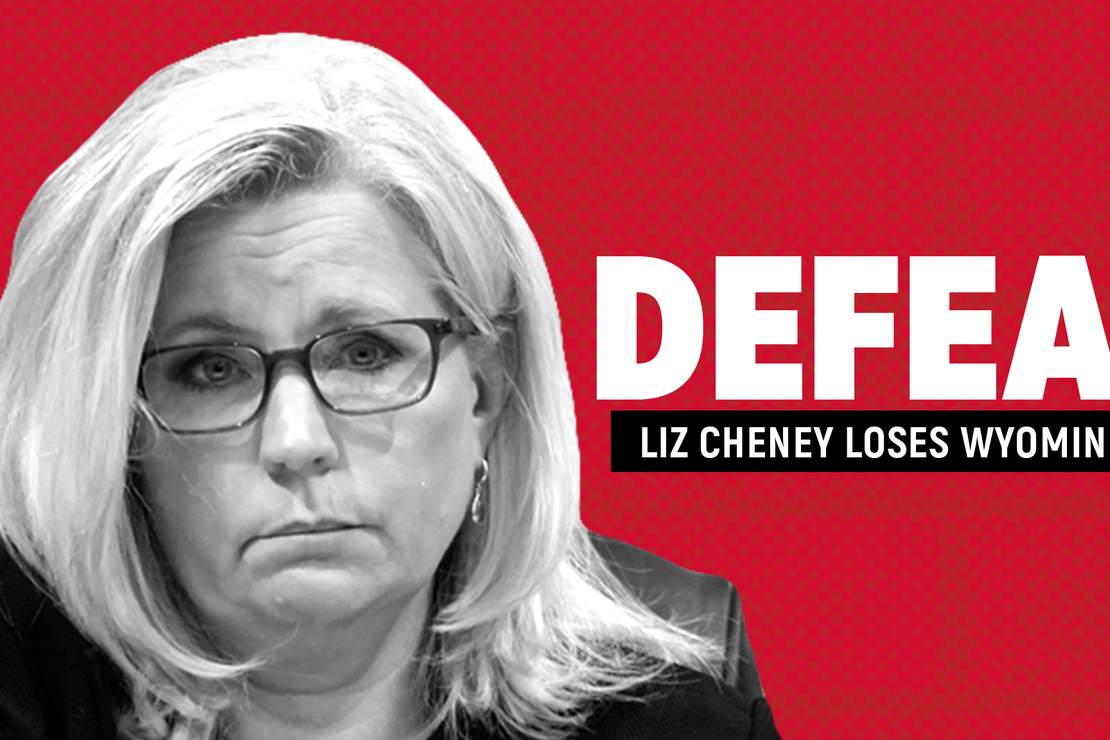 As expected, Liz Cheney lost her Wyoming primary challenge for her seat in Congress. As expected, the House Republican lost to Harriet Hageman in a landslide, 66/28. And as expected, Cheney defended her efforts on the House select committee investigating January 6 issues, even though her constituents had just expressed how unimpressed they were with her performance.

In attempting to “go out fighting,” as nearly every media outlet described it, Cheney compared herself to Abraham Lincoln and Ulysses Grant on the way out. The New York Times considered it, probably accurately, as the launch of a national campaign:

That was evident in her paraphrase of a quote popularized by the Rev. Dr. Martin Luther King Jr. — “It has been said that the long arc of history bends toward justice and freedom. That’s true, but only if we make it bend” — and even more so a few minutes later, when she turned her attention to the Civil War.

In the spring of 1864, after the Union suffered more than 17,000 casualties in the Battle of the Wilderness, Gen. Ulysses S. Grant had a choice, Ms. Cheney said: to retreat or to keep fighting.

“As the fires of the battles still smoldered, Grant rode to the head of the column,” she said. “He rode to the intersection of Brock Road and Orange Plank Road. And there, as the men of his army watched and waited, instead of turning north, back toward Washington and safety, Grant turned his horse south toward Richmond and the heart of Lee’s army. Refusing to retreat, he pressed on to victory.”

General Grant, President Abraham Lincoln “and all who fought in our nation’s tragic Civil War, including my own great-great-grandfathers, saved our union,” Ms. Cheney said. “Their courage saved freedom, and if we listen closely, they are speaking to us down through generations. We must not idly squander what so many have fought and died for.”

Well. Liz Cheney didn’t lose on the battlefield; she lost an election. It’s a bit over the top to compare a Wyoming primary to the Battle of the Wilderness, no? It’s not even comparable to, say, Ronald Reagan’s loss in the 1976 primary, let alone an actual war battle with 17,000 killed in action.

Cheney lost because she didn’t listen to her constituents, who clearly saw her choice to serve on the committee differently than she did. That may well not be because Wyoming Republicans are monolithically pro-Trump, either; they just may be anti-Beltway-drama-obsession voters. Hageman isn’t a pure MAGA candidate either, for that matter:

Really is something that Harriet Hageman went from *this* in 2016 to this kind of defeat of Liz Cheney in Wyoming. https://t.co/EBdlTtAwzH pic.twitter.com/8SiFwj6eV2

Hageman did more to embrace Trump in this election for obvious reasons, but she also talked about a lot more, too. Hageman talked about a wide range of policies important to Wyoming voters and pledged to focus on that rather than vendettas. Cheney sold herself as the Lone Truthteller focused entirely on the January 6 riot and fully part of Nancy Pelosi’s unprecedentedly partisan investigation.

Regardless of her last name, Congresswoman Cheney was roundly defeated, not because Wyomingites are hapless rubes with MAGA hats, but because she became a swamp creature.

While Harriet Hageman toured the state talking about the economy, the dire situation in agriculture, water rights, energy, and federal land use issues, Congresswoman Cheney only talked about one thing – Donald Trump.

Although the mainstream media is trying to frame this as “Trump v never-Trump,” it’s more like “a person who talked about the issues facing the Wyomingites every day” v “someone who only talked about political infighting.”

Cheney’s monomaniacal approach ironically turned her into exactly what she was fighting against. She claims that because of fighting the behemoth, she sacrificed her seat, but in her fight she got sucked into the Borg herself and lost sight of her constituents.

“Monomaniacal” is also a pretty good word to describe someone who describes an intraparty primary loss as The Battle of the Wilderness and who compares herself favorably to Lincoln for Beltway infighting. No one expected a moment of humility from Cheney, who feels abandoned by her party, but perhaps a moment of perspective would have been nice.

This morning, I’ll talk about this while filling in for our pal Hugh Hewitt on his syndicated radio show, airing from 6-9 am ET, live from the home studio deep in the heart of Texas! We will have a great lineup of guests and regular contributors:

We’ll also take your calls to the show at 800-520-1234, and you can watch the show live at The Hughniverse. There’s a great chat room that goes with it, and lots of original content in the troll-free websurfing experience for subscribers. The audio also streams at HughHewitt.com.