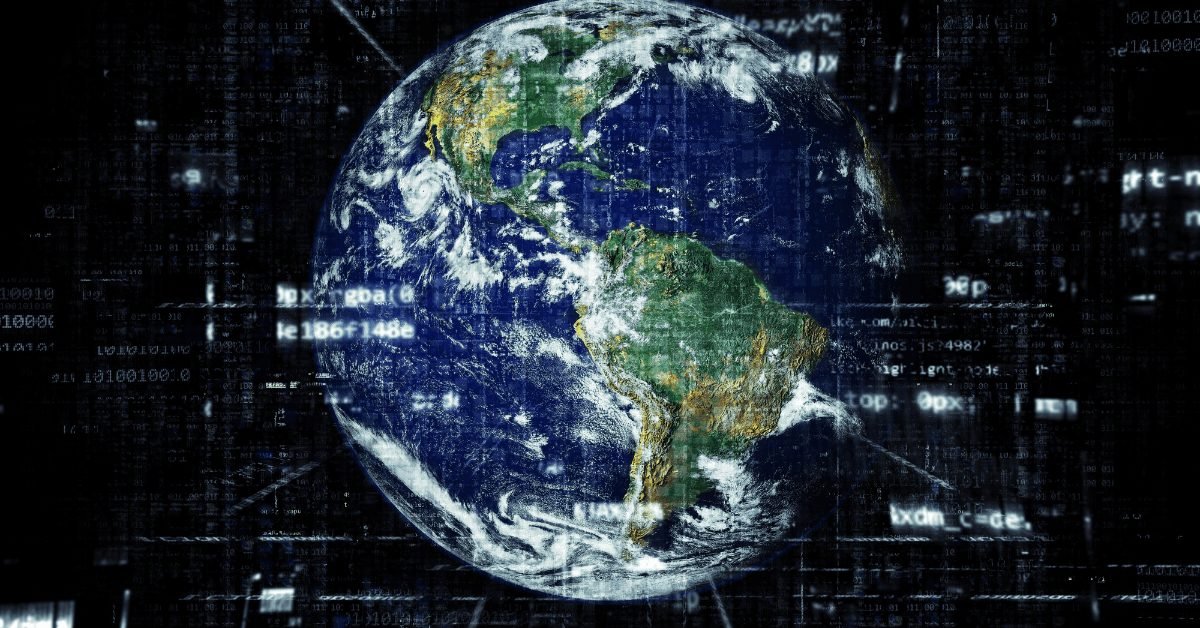 “The character of the open conspiracy [the movement towards a world collective] will now be plainly displayed. It will have become a great world movement as widespread and evident as socialism or communism. It will largely have taken the place of these movements. It will be more; it will be a world religion.”—H. G. Wells

I often debate in my own mind when the U.S. Constitutional Republic officially ended. Of course, many still do not accept that as reality. But honestly, the government that occupies Washington, D.C. is a foreign government resembling nothing that America’s founding fathers ever envisioned.

The destruction of America’s Constitutional Republic was a necessary step for the rise of the global government. There can be no sovereignty among nations for the globalists to have their way.

We can certainly debate when the global government officially took hold. Was it with the creation of such entities as the United Nation, originally founded as the League of Nations after World War II? Was it the rise of globalist groups over decades where elites get together to push their collectivist vision on the rest of us? Maybe it was when George H.W. Bush bragged about the “new world order” that was coming?

Regardless of when it officially took over, you need to accept the reality that it’s here if you want to defeat it and return to liberty, individualism, sovereignty and the Constitutional Republic that we’ve lost.

Decade of propaganda and financial theft between government, corporate and banking cronies has led to this point

Cynthia Chung detailed the “battle for your mind” for the Strategic Culture Foundation. Movies and television from Hollywood, the music industry, mainstream media and government have been propagating a satanic hedonism for decades.

We have now entered the “Brave New World” that Aldous Huxley wrote about in 1958:

“America is the prophetic image of the rest of the urban-industrial world as it will be a few years from now — recent public opinion polls have revealed that an actual majority of young people in their teens, the voters of tomorrow, have no faith in democratic institutions, see no objection to the censorship of unpopular ideas, do not believe that government of the people by the people is possible and would be perfectly content, if they can continue to live in the style to which the boom has accustomed them, to be fueled, from above, by an oligarchy of assorted experts. That so many of the well-fed young television-watchers in the world’s most powerful democracy should be so completely indifferent to the idea of self-government, so blankly uninterested in freedom of thought and the right to dissent, is distressing but not too surprising.”

Catherine Austin Fitts, an investment banker who has worked on Wall Street and for the Bush 41 administration, recently spoke about the theft perpetrated by the government and corporate class which she said there was a “financial coup d’état” in 1998.

Fitts said “we’ve been lured to create our own prison.” She said she saw the covert collusion between Washington and Wall Street up close, and the technocratic age of computers and virtual everything has made it easier for their theft. And the political class, in both parties, are “controlled and dependent on what the central bankers want.”

“So, what’s happening is we’re watching a reengineering of this fiscal line,” Fitts said. “You’re basically looking at the central bankers moving to put into place a system that will allow them to extract tax without representation. That’s the trick, financially. How do you force the citizens to pay taxes with no representation? Of course, they’re using the pandemic to roll in the system that will make it possible for them to achieve that.”

Charles Hugh Smith detailed how every box is checked that we’re in a bubble and it’s getting ready to pop, so you better be prepared for the fall.

“And so here we are: every box of a bubble top about to burst with unimaginable force is ticked. Traders sporting gray streaks in their ponytails know from experience that every bubble pops, and all the endless analysis after the fact boils down to: things changed.”

Smith added: “Timing is everything in a crash: as Thomas Hobbes is reputed to have observed, “Hell is the truth seen too late.” Well said, T.H.: when the market goes bidless, it’s too late to preserve capital, never mind all those life-changing gains.”

Fitts made the case that this is all by design, and there’s reason for the globalists to crash the system. One evidence is the push for centralized digital currencies, which are already coming. Reuters, playing the role of propagandists, wants to plant the seed that this is a good thing with headlines like this: “Central Bank digital currencies: An idea whose time has come?”

Eliminating cash is a necessary to get us to a centralized global digital currency, and the people have been glad to go along with that. In 2016, it was the first time that digital transactions, like credit cards, overtook cash payments in U.S. dollars.

“It’s not hard to understand why,” wrote James Corbett. “Cards and e-payments are convenient, easy to use, relatively quick, and — according to a concerted propaganda campaign that’s been underway for years now — a lot cleaner than that filthy, grubby, virus-laden cash.”

Corbett added: “If cash seems outdated and unnecessary to you, then you’re in luck! The governments in country after country around the world agree with you. In fact, they’re gradually removing cash from circulation and even outlawing certain types of cash transactions.”

Going totally digital will help the government/globalists more easily steal from the people and destroy their privacy.

Free thinking and fighting for individual liberty is the only solution, but will the people allow it?

Gary Barnett wrote about the globalist takeover. As evidence that the takeover has already occurred is just seeing how governments around the world, despite wildly different cultures and societies, effectively uniformly accepted tyranny and authoritarian control over a virus. Certainly, some countries, generally smaller ones, have resisted. But every large western nation has done the same thing, with some varying degrees of tyranny.

“This is now our world, and it has been carefully crafted by those in power to become a world of uninformed, ignorant, and compliant collective fools waiting on others to save them instead of saving themselves,” Barnett wrote.

The people have largely complied. They’ve allowed their very destruction to occur. They’ve complied out of fear in some cases or out of convenience and naivety in others. We should have seen this coming, but we had our blinders on. We need to take those blinders off and resist this if we want a return to freedom and liberty.

“To not have seen this coming is outrageous enough in and of itself, but continuing to hide from this reality is unforgivable,” Barnett wrote. “Those who do not fight back against this hideous conspiracy deserve no sympathy from those willing to risk all in order to be free, for inaction in the face of this reign of terror against humanity is unconscionable. While constructed division can be the enemy of liberty, there will have to be a break between us in the end, as those who are willing to fight to be free cannot afford to be destroyed by those willing to live in servitude.”

Barnett added: “This world religion that rests on weakness, dependency, and apathy must be eliminated in favor of self-preservation, love, and compassion. The very survival of our species depends on a mass awakening and a respect for the sovereignty of the individual. This will require a complete negation of this cancer that is the religious worship of the state. The elimination of this governing system is what is necessary for any return to sanity.”