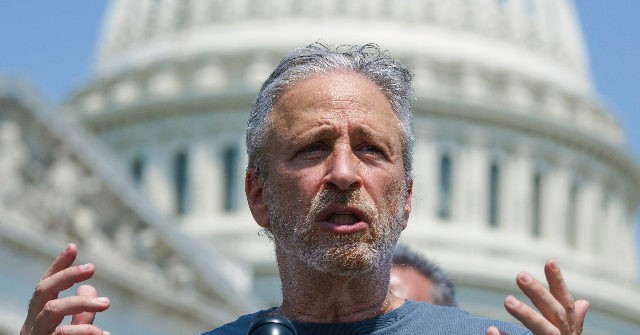 In the latest episode of his podcast, Stewart spoke to billionaire and Dallas Mavericks owner Marc Cuban, who recently ended the playing of “The Star-Spangled Banner” at home games.

“Does anyone know when that started, playing the national anthem before games? It’s such a weird ritual,” Stewart said. “I’ve always thought about when [Colin] Kaepernick took the knee and the whole thing was like, ‘You gotta stand for the anthem!’ Now I imagine like in living rooms, guys are getting nachos ready, and fucking the wings, and the anthem comes on and they all just have to…” [Stewart suggests standing up].

Recording artist Yolanda Adams performs the American national anthem before a game between the Philadelphia Eagles and the Las Vegas Raiders at Allegiant Stadium on October 24, 2021 in Las Vegas, Nevada. The Raiders defeated the Eagles 33-22. (Ethan Miller/Getty Images) 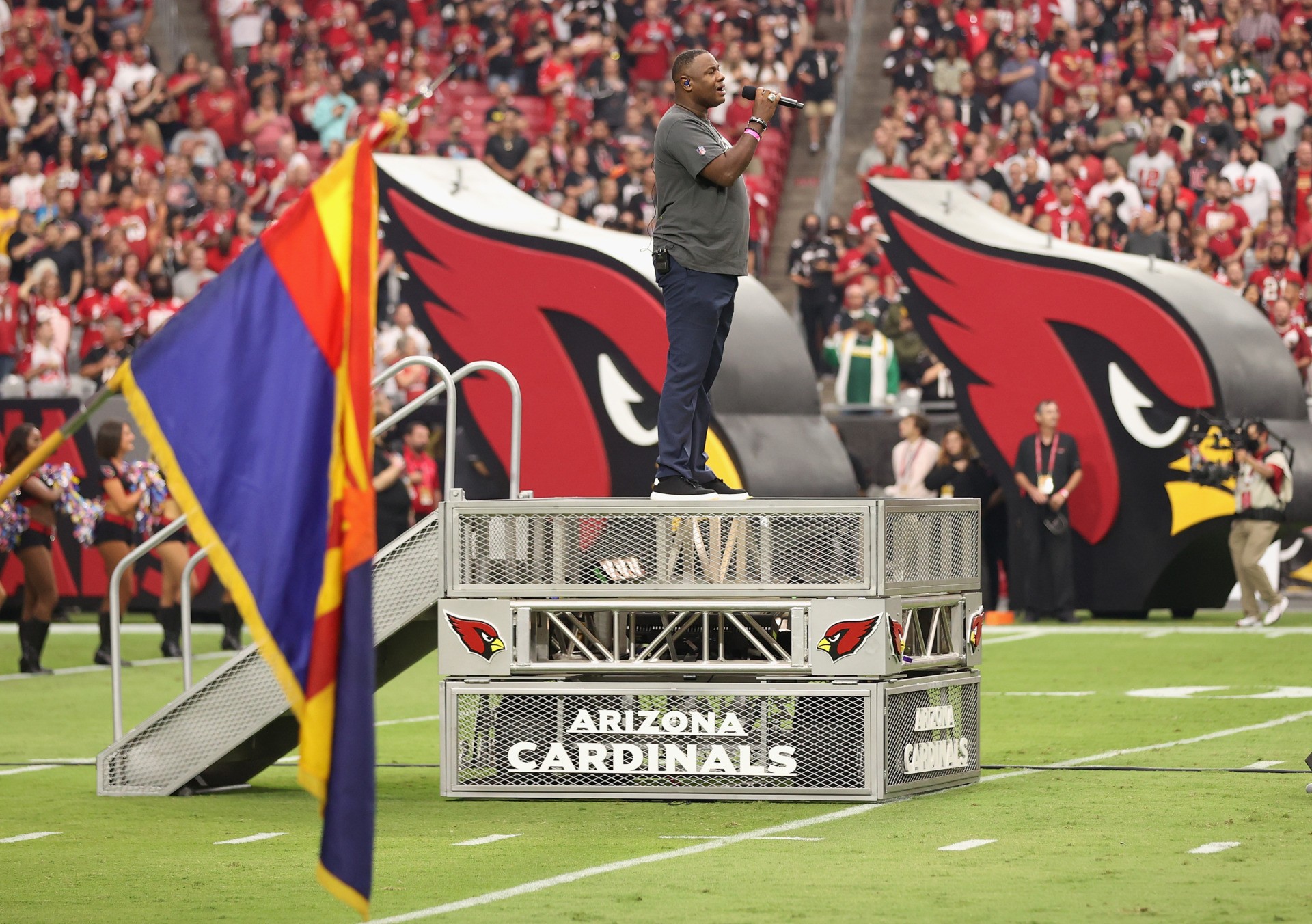 “But like why is that?” he continued. “When the anthem comes on, you only have to stand if you’re there. But the transitive principle through the television — if it’s through the television you can do whatever the fuck you want. You can take a shit during the national anthem as a patriot. But if you’re at the stadium there’s like a whole regimen you have to go through.”

Stewart recently landed in hot water after he accused the Harry Potter books and movies of antisemitism, saying the goblin characters who work at the Gringotts Wizarding Bank are in fact crypto-Jews. He later walked back his statements following intense media blowback.