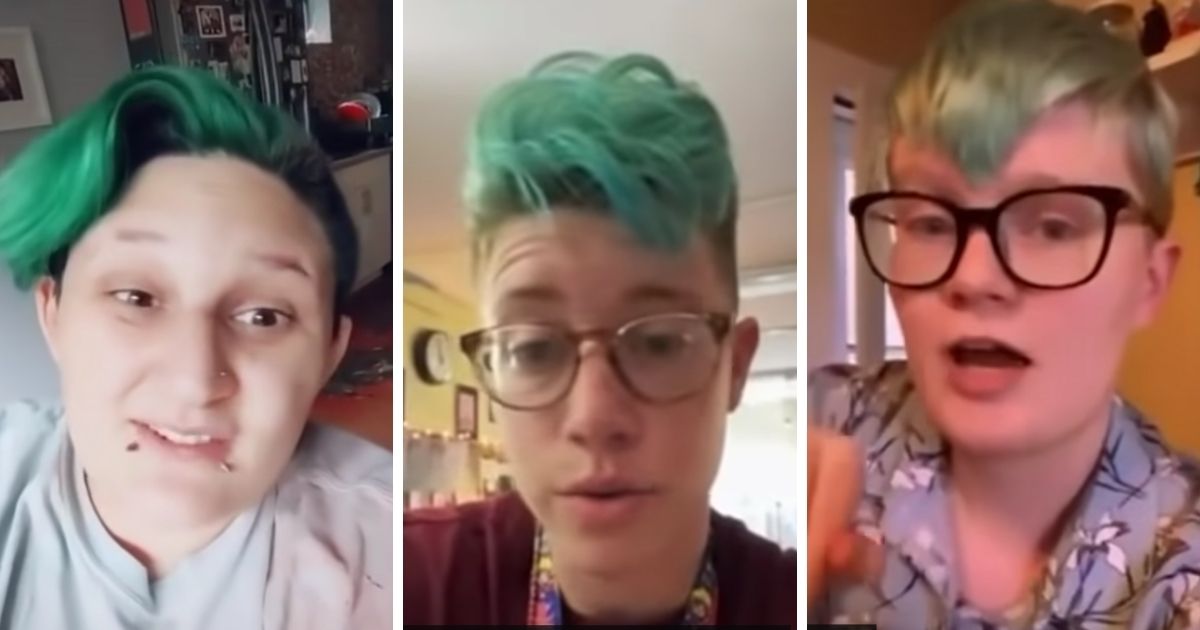 Intentionally confusing young schoolchildren by inundating them with gender identity nonsense and the like should be considered a crime against humanity. It is an attack against the Biblical truth of Genesis 5:2 that when God created humans, “male and female he created them. He blessed them and named them ‘human.'” The gender identity movement is also an affront to common sense.

Ron Coleman, who was part of the Trump legal team and is a partner at Dhillon Law Group, has had enough. His firm represents “Libs of Tik Tok,” a Twitter account that exposes the far-left gender identity activists for what they really are: groomers.

The creator of LoTT remained anonymous until Taylor Lorenz, the Washington Post’s hypocritical internet culture reporter, wrote an expose in which she doxed the woman behind LoTT, publicly sharing personal information including her home and workplace addresses. Leftists try to suppress the First Amendment because they know full well that when their useful idiots go public, they look very, very bad to us common folk.

LoTT posts video clips of gender identity activists plying their trade on Twitter. The clips have been posted elsewhere on social media by the activists themselves. LoTT gathers clips into a freakshow forum.

LoTT is not a hit operation. It merely highlights what the crazies are saying about themselves. The site does little in the way of editing or commenting on the clips.

NBC Audio: Kevin McCarthy Told Liz Cheney He Would Call Trump to Recommend That He Resign

Coleman is ready. He defended LoTT by threatening legal action against those who post false tweets about the LoTT founder. “The phony ‘tweet’ shown below is false and defamatory,” Coleman tweeted. “Our client never tweeted it. Legal action is being contemplated. Anyone with information concerning the creator of this fake tweet is invited to contact me.”

Our firm has represented @libsoftiktok for some time.

The phony “tweet” shown below is false and defamatory. Our client never tweeted it.

Legal action is being contemplated. Anyone with information concerning the creator of this fake tweet is invited to contact me. pic.twitter.com/4DRZbGcCrX

Coleman also suggested the fake tweeters might want to look for work work at Disney.

Libs hate our client @libsoftiktok so much for tweeting about real TikToks they make up fake tweets – latest one shown below – to discredit her.

Maybe there’s work for these talented creators at @Disney?

Meanwhile, if you’re considering spreading this… you’re on notice⚖️ https://t.co/2RRZtYQlZh

In short, Coleman, a man of strong faith, is not afraid of the crazy left. Let’s see them try to cancel him in a courtroom.

Tucker Carlson is no stranger to backlash for his conservatives views, either. He jumped in to defend LoTT by devoting an opening monologue to the subject and airing clips from LGBTQ activists discussing how they educate young schoolchildren about gender fluidity, transgenderism and the Black Lives Matter movement.

Fauci Furious After Court Steps In, Here's Where He Thinks CDC Should Be on the Hierarchy

One of the “teachers” on the clips claims that when babies are born the doctors look at them and “guess” the baby’s gender.

Another “teacher” claims that three- and four-year-old kids are aware of gender identity and that anybody who disagrees with teaching kindergarteners about it is guilty of “internalized  homophobia and transphobia.”

The far left is smart enough to understand that when mainstream Americans watch these clips about innocent children being indoctrinated with nonsense, they get angry.

Should teachers be political activists?

Yes, it really is that bad. Political activists on the extreme left are teaching your children. Whether or not these “teachers” know it, they are promoting Marxist ideology in their attack against reason and Biblical truth.

It was Aleksandr Solzhenitsyn who observed back in 1983 that, “Within the philosophical system of Marx and Lenin, and at the heart of their psychology, hatred of God is the principal driving force, more fundamental than all their political and economic pretensions.”

Though the far left never tires of brandishing the slogan of “social justice,” at bottom, their goal is to usurp God.  They hate God. If there is any hope of accomplishing their goal, they must undermine reason. Reason is a gift from God, and they want to send it back.

These activists target the young  because the young have not yet learned to reason for themselves. That’s about as diabolical as it gets. At some level, the leftists know this and do their best to squelch anybody who would dare to use reason to call them out. Why? Because they can’t win if they have to answer to reason.

They can’t do away with God without doing away with reason first.

We need to get back to teaching our children how to think. It’s not so difficult. Reading, writing and arithmetic.

Enough with the nonsense. Get real or get out of our schools.