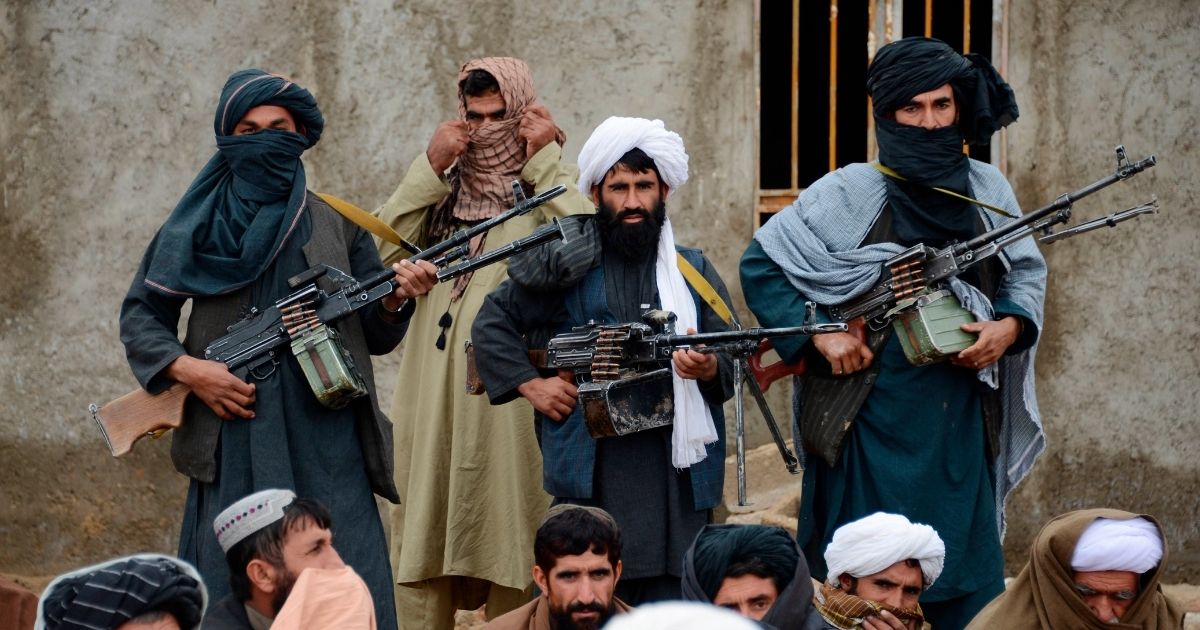 When Central Intelligence Agency Director William Burns looks at Afghanistan, he sees dark clouds heading America’s way as the weak reed of the Afghan government faces the blast of the Taliban storm.

Burns shared a gloomy assessment of Afghanistan’s future in an interview with NPR.

President Joe Biden announced this spring that American forces would leave Afghanistan after almost 20 years in the war-torn country. Biden said earlier this month that the U.S. flight would be completed by the end of August.

With that as the backdrop, Burns was asked by NPR’s Mary Louise Kelly if the intelligence community really believes the current Afghan government will fall within six months of U.S. forces leaving the country, as some reports have indicated.

“Well, the trend lines that all of us see today are certainly troubling. The Taliban are making significant military advances; they’re probably in the strongest military position that they’ve been in since 2001,” he said.

He said that “the Afghan government retains significant military capabilities.

“The big question, it seems to me and to all of my colleagues at CIA and across the intelligence community, is whether or not those capabilities can be exercised with the kind of political willpower and unity of leadership that’s absolutely essential to resist the Taliban.

Did Joe Biden make the wrong move on Afghanistan?

“So, as I said, the trend lines are certainly troubling. I don’t think that that should lead us to foregone conclusions or a sense of imminence or inevitability, but they really are worrying as well,” Burns added.

Burns said the issue is more willpower than firepower.

“Fundamentally, it seems to me and to our analysts this is a question of willpower and unity of leadership and the ability of the Afghan military and security services to consolidate their positions, which are in the process of trying to do right now,” he said, adding, “But again, I have to be honest, I mean, those trend lines are troubling right now, too.”

The CIA will have hurdles with the U.S. military presence evaporating, Burns said.

“[W]e work very closely with the military to help ensure that we retain a capability, as I said, to collect on and counter those efforts for al-Qaida to reconstitute itself. Because I have no doubt that they will make that effort,” he said.

When asked for his bottom line on the Taliban’s advances, there was no pie in Burns’s sky.

“Well, trend line, as I said, is troubling. We’ve seen significant Taliban military advances. But I do think it’s important to recognize that the Afghan government still has significant capabilities. The question, again, as it is so often in these kind of cases, is about political willpower and unity of leadership. They have the capacity to resist, but that requires that kind of willpower,” he said.

The Taliban’s military surge has meant that Afghan citizens who worked with the U.S. military want to get out, but not all can travel to Kabul to do so.

“Our city is surrounded,” said a man who NBC News identified as Mohammad, a 33-year-old technician in Kandahar. “It can fall to Taliban militants any time.”

“These Afghans know they cannot travel by land because the Taliban have captured the roads, and they know if they stay where they are then the Taliban will find them and kill them in their homes,” he said.

“By not providing a way for those individuals to fly to Kabul to board their flight, the U.S. government is essentially abandoning them to their fate,” Purdy added.