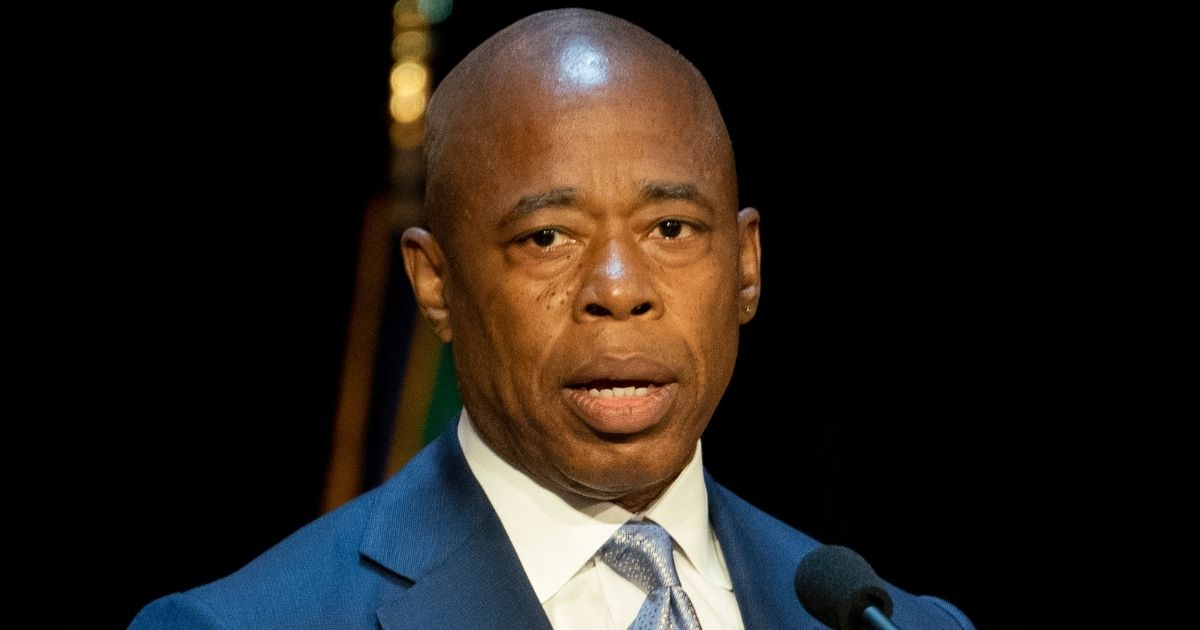 As crime soars in New York City, an incident Tuesday has shown that no one is safe.

An aide to Democratic Mayor Eric Adams was mugged around 10:30 a.m. in Brooklyn, according to WPIX-TV.

The New York Post quoted a “high-ranking police source” as saying Christopher Baugh tried to tell the two men who mugged him that they were making a mistake.

“You don’t want to do this. I work for the mayor,” he said, according to the report.

The source said Baugh told the two men who demanded his wallet and cellphone, “Get out of my way.”

The mayor’s aide was shoved to the ground, with one suspect flashing a gun. They rifled his pockets, taking his wallet and city-issued cellphone.

Mugging equity. Reminds me of when Cuomo’s aide was bashed with a brick by a homeless person near Grand Central. https://t.co/fdRmLyxCY3

Both suspects were described as black males. Baugh was not injured.

Is Mayor Adams doing a good job in tackling crime in New York?

“New Yorkers would feel a lot better if the muggers were afraid of committing a crime against a mayor’s staffer. They were not,” he told the Post.

“That’s all you need to know. New Yorkers are going to feel less safe,” Sheinkopf said.

The Post said Baugh had been sent to the area to find a spot for a mayoral news conference. Adams, a former NYPD officer, has made fighting crime the defining issue of his term, but so far, the crime numbers are going up.

I just read that crime is Mayor Adams top priority. If that’s the case his administration is an absolute failure and he should be removed from office..

Baugh did not make any comment, but Fabien Levy, Adams’ press secretary, said the incident “only further highlights the urgency to get dangerous guns and dangerous people off our streets as quickly as possible.”

“Public safety has been Mayor Adams’ top priority since day one and that is why the NYPD is working diligently every day to reduce crime,” Levy said.

“As the mayor said today, he wants results as quickly as possible, and while we have seen progress over the last few months — taking more than 3,000 guns off the streets and reducing shootings and homicides by double digits — there is no overnight fix,” he said.