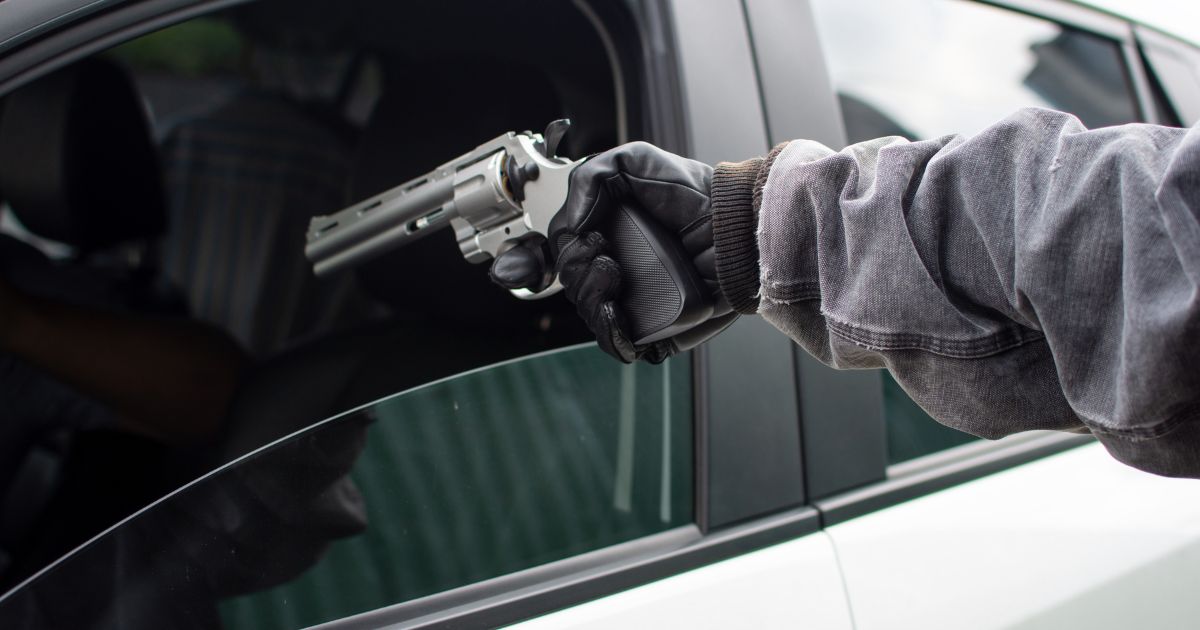 A good Samaritan who helped rescue a ride-share driver who had been carjacked in the middle of the night said it was the grace of God that moved her to assist.

According to WAGA-TV in Atlanta, authorities in DeKalb County were still searching for four suspects who lured a Lyft driver into a neighborhood to carjack her over the weekend.

Nika Pee, who said she was still shaken by the attack, was driving late-night Lyft shifts to make some extra money.

Pee, 29, is the mother of three children.

The trouble began when a man who was identified as “James” requested a ride off of Hitt Lake Court.

“Completely normal … one person got inside the car, the other person walked around to the opposite side of the vehicle. Instead of getting in the vehicle, said individual opened up my driver’s side door,” Pee said.

Would you be able to remain calm in this situation?

Then one of the men pointed a gun at her. Two others appeared with firearms.

“He put the gun underneath my chin and kind of lifted my head up a little bit … at that point, I put my hands up and I’m like ‘you know … I have children, take what you want and go,'” she said.

They took her vehicle, leaving Pee alone in the middle of a strange neighborhood.

Though she knocked on several doors, only one person answered: Patreia Jones, who said she was moved by God to wake up and open the door even though she was in the midst of a deep sleep.

“God felt the need for me to open up the door, so this young lady could get the help that she needed,” Jones said.

“I think about my own daughter … if she was caught out there or something like that happened to her I would hope that someone would come to her defense or be able to help her.”

When WAGA talked to her on Wednesday, Pee was still understandably traumatized by the carjacking.

“I’ve been crying over the last four or five days, so I honestly feel like I cannot produce anymore tears … that’s how I feel,” she said.

One hopes the words of the psalmist rings true in Pee’s life: “Those who sow in tears shall reap with shouts of joy!” She has doubtlessly sowed enough of them.

One is also put in mind of Proverbs 21:15: “When justice is done, it is a joy to the righteous but terror to evildoers.” One can only pray that’s what happens here.

With that said, the grace of God opened a door for Nika Pee in her darkest hour; when others ignored a knock and a cry for help, the Lord moved Patreia Jones to answer and to rescue a desperate mother. It may seem like a trifling thing — until you consider the stark alternative.

May the Lord comfort and bless Nika Pee, Patreia Jones and those around them. Heaven knows they need it.