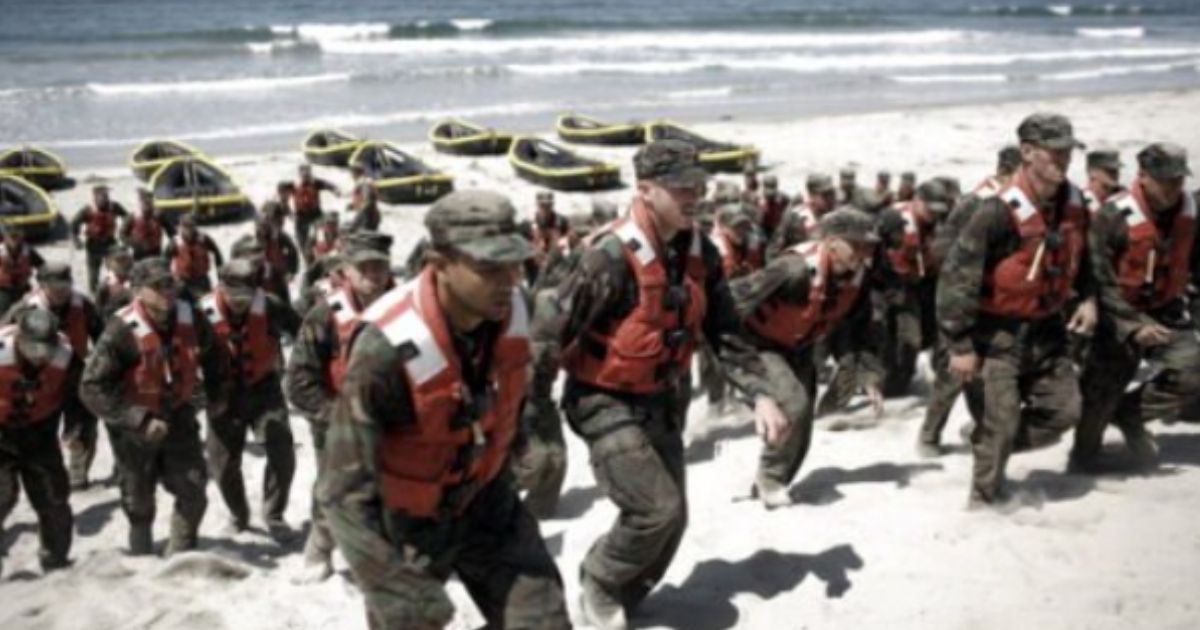 Some residents of the state of Washington are concerned about an invasion of special forces in their state park.

From where? China? Russia? North Korea?

No. They’re U.S. Navy SEALs doing what they’ve done for the past 30 years  — conducting training exercises in coastal Washington parks near Puget Sound.

Well, that could be a problem. After all, who wants to spend some time at the park and be disturbed by massive troop engagements, gunfire, explosives and all-out war games going on for days?

But that’s not the case. From 2015 through 2020, the Navy had 37 training events in Washington state parks. They lasted from two hours to 72 hours and never consisted of more than eight trainees plus a safety team.

DHS Sec's Meeting with Border Patrol Agents Blows Up in His Face When Agent Turns His Back: Report

But after the Washington State Parks and Recreation Commission voted 4-3 a year ago to approve Navy training to continue in the parks, organized opposition has risen up, according to Coffee or Die.

That opposition comes from Not in Our Parks, under the auspices of the Whidbey Environmental Action Network.

“State parks prohibit the display of guns and other weapons, intimidating and disturbing park employees, volunteers, and visitors,” a statement from a local resident on the Not in Our Parks website reads. “The environment is put at risk. There is the potential for tragic accidents such as when two military trainees posing as terrorists in North Carolina were shot by an unsuspecting deputy.”

The website juxtaposes a photo of three commandos coming out of the water with one of their guns coincidentally pointed toward the picture of a small child playing with a beach bucket and shovel.

Should Navy SEALs have access to Washington state parks for training?

Great propaganda. These guys are good.

And there’s more: “The Navy will conduct covert special operations training in your state parks and your family will be their unsuspecting practice subjects.”

Despite last year’s state approval — which included expanding the number of parks from five to 28 — the Navy has stopped its park training following a March 2021 petition for judicial review.

That petition will prompt an April 1 hearing and a WEAN coordinator told Coffee or Die a final decision is expected after that.

Training has included using watercraft for insertion and extraction of people along with diving and swimming. Navy officials say the exercises do not include live-fire ammunition or explosives. There’s no off-road driving and part of the training’s intent is to leave no trace of Navy presence at the park sites.

Critics say the Navy already has 46 miles of its own coastal property and should have no need of the parks.

“Although there are several Navy properties in the area, they do not provide the full range of environments needed for this training to be as realistic as possible.”

Not in Our Park’s website says the U.S. military has been conducting training off federal lands for decades with no public notice unless after the fact.

“Plainclothes military observers watch the public and intervene if a member of the public ventures too close to the training,” the website says. “This intervention is a violation of park rules for all other park users.”

Navy officials have said there have been no incidents with park visitors.

In the approval granted in January 2021, the parks and recreation commission restricted the Navy training from some areas and from daylight hours.

Since stealth and the practice of leaving no trace of Navy presence is part of the training, it’s difficult to grasp the environmental objection to the exercises.

While it might be a bit disconcerting for some to think about military activity in a state park, if the SEALs are correctly doing their jobs, park visitors won’t even know about it.

And if someone wanders close to the training area, what’s the harm of being told to move along? They might hear the same thing if they stumble upon a park construction, improvement or maintenance project.

It seems the objection is to just the general idea — Soldiers! Guns!

Coffee or Die reported the following statements from a public comment session:

“The plan to have apparently armed people storming beaches in our state parks is an irresponsible and dangerous idea.”

“In these days of great division in our civil society, we don’t need stealthy men in camo uniforms toting toy guns around our State and County Parks.”

“People frequent parks to escape tension, not to encounter more. Keep the Navy commando training out of our parks!”

“I do not care to catch a glimpse of apparently armed men skulking around and I DEFINITELY do not want to risk having my young grandchildren see such a sight.”

And the Navy needs to stop pointing guns at children playing with sand buckets. Okay. I made that one up. But it fits with the photo propaganda and the general ideas of objection and protest.

Coastal Washington, like coastal Oregon, operates with its own psyche, which is detached from some, shall we say, aspects of convention.

Bit it would be better if Washington park-goers forget about the Navy and think about the bears, mountain lions, rattlesnakes, spiders, bees, wasps, hornets and more listed under the “Most Dangerous Animals in Washington and the Pacific Northwest“?

I’d be more concerned about that.