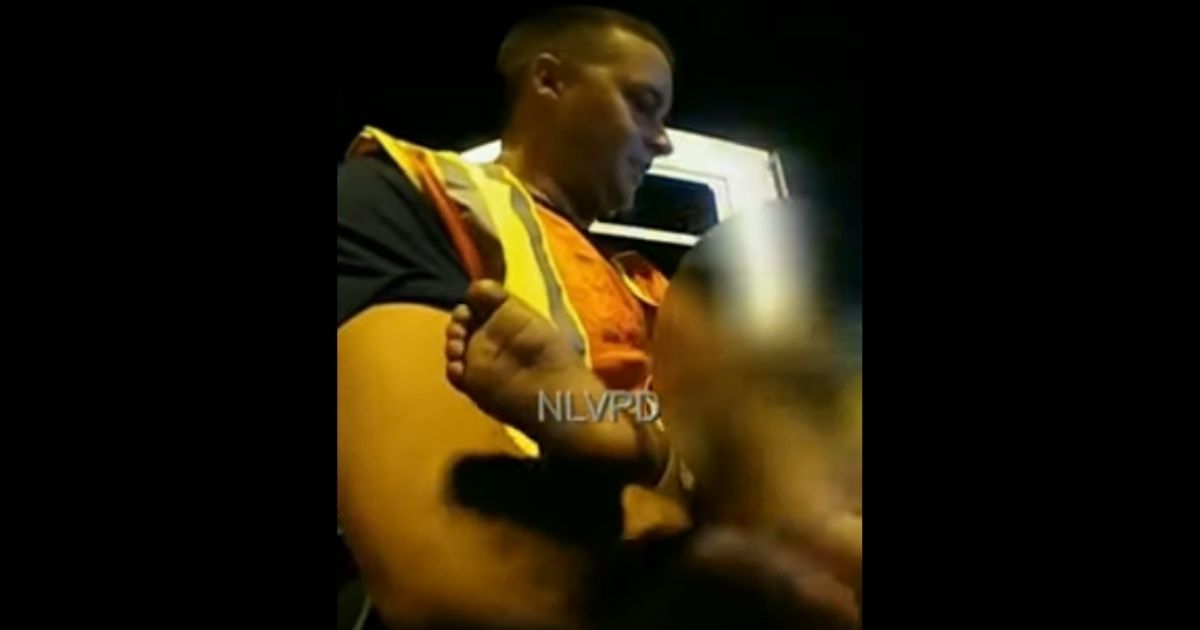 On July 16, a woman parked outside a casino near Las Vegas heard a baby crying in the car next to hers. After seeing it was alone in the vehicle, she alerted security.

The driver’s side window was cracked several inches and the car was unlocked, but it was 100 degrees outside, according to WATE-TV.

Sgt. Becky Salkoff and officer Osvaldo Cerda-Guzman came to the baby’s rescue at around 10:20 p.m.

Video of the heartbreaking scene shows one of the officers removing the 6-month-old boy from his car seat and trying to cool him down by pouring bottled water on him.

“I know it’s cold, I know, I know,” the officer said as the child cried.

The baby was soon handed off to EMTs.

“You can tell he’s still really hot,” the officer told the EMT.

The boy was taken to a hospital to be evaluated, and police entered the casino to track down his father.

They found 39-year-old Mitchell Hooks inside. When police approached him, he said, “I know I’m in trouble.”

“I made a mistake. I went in there and I gambled,” he said, according to Fox News.

He initially claimed that he’d stopped at the casino to use the restroom, but security cameras caught him parking at 9:46 and entering the casino at 9:47, over half an hour before police arrived.

“Mitchell told me he shouldn’t have done what he did and that he deserved anything that was coming to him,” Cerda-Guzman wrote in a police report obtained by Fox News. “He went on to say that there was no excuse for it and no reason for it.”

Hooks seems to understand that what he did was unacceptable, but the fact remains that he did it.

He has been charged with leaving a child unattended in a motor vehicle and child abuse or neglect.

Thankfully, the unnamed woman heard the baby crying when she did, or this story could have ended on a much sadder note.