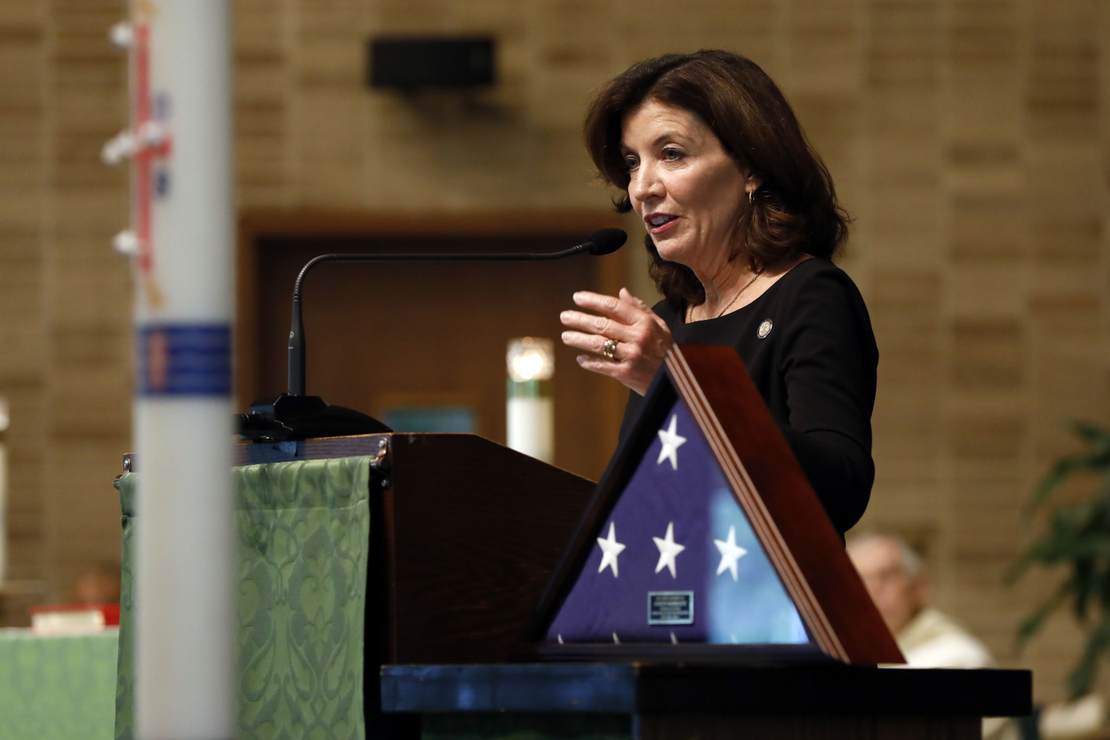 Newly anointed New York State Governor Kathy Hochul has already lined up her lieutenant governor for the remainder of Andrew Cuomo’s term and it’s State Senator Brian Benjamin. The two of them come from somewhat different political backgrounds, however, and the capital press is already finding areas where the two will be clashing on policy points. These differences have also begun to highlight questions about Hochul’s roots in state politics and how she will be governing now that she is perched in the top seat.

Benjamin is from Harlem and he has been a constant supporter of the defund the police movement. It was a central theme in his campaign to be elected city comptroller earlier this year. (A race that he lost.) But when Hochul’s press secretary addressed the media this week and was asked if the new governor would be onboard with Benjamin’s anti-cop agenda, the answer was a firm negative. (NY Post)

Gov. Hochul made a sharp break with her incoming lieutenant governor, State Sen. Brian Benjamin, rejecting the “defund the police” movement he has embraced.

“Governor Hochul does not support defunding the police,” Hazel Crampton-Hays, her press secretary, told The Post. “In the Hochul Administration, public safety and justice and accountability in policing are not mutually exclusive, and we are glad to partner with soon-to-be Lieutenant Governor Benjamin on these priorities to keep our communities safe.”

Benjamin, 44, has represented Harlem in the State Senate since 2017 and has a long track record of aligning himself with the far left — making “defunding the police” a central component of his failed campaign for city comptroller this year.

There are several moving parts to this development that are worth considering. Let’s start with Brian Benjamin. He was probably seen as a good counterweight to balance out Hochul’s new administration. He’s from Harlem and a favorite of the far left. But when he ran for the city-wide office of comptroller, it was in the same primary where the incoming Mayor wound up being a former Republican and retired policeman who wanted to support the police rather than defunding or abolishing them. Benjamin was another police defunding advocate who similarly was rejected by the voters.

But the reason Hochul needed some “balance” is that she’s not from the city. She’s an upstate Democrat who graduated from Syracuse University. She was always viewed as being much more of a moderate, centrist Democrat. That attitude may still be showing up in her quick rejection of the defund the police movement. But local political analysts have already been asking if she can win a term of her own in the next election. Or, for that matter, if any candidate not from New York City can still win.

Some were expecting to see a parallel to what happened with Kirsten Gillibrand. She was originally a fairly conservative Democrat when serving in the House, representing a purple (leaning red) district. She was a huge supporter of gun rights, railed against illegal immigration, and was once described by a liberal outlet as being similar to Sarah Palin. But as soon as she was appointed to the Senate and had to win statewide races, she immediately morphed into one of the most socialist, liberal Dems in the chamber.

That’s why many who cover New York State politics are waiting to see if the same thing will happen with Kathy Hochul. People seemed happy enough to vote for her as Lieutenant Governor (a position with no power around here) since she had Cuomo’s endorsement. But now her record will be under scrutiny as she tries to win a statewide election on her own. Will she follow Kirsten Gillibrand’s strategy and totally reinvent herself? This early answer on defunding the police suggests that she might not. But that could change when she gets a better look at the polling numbers going forward.