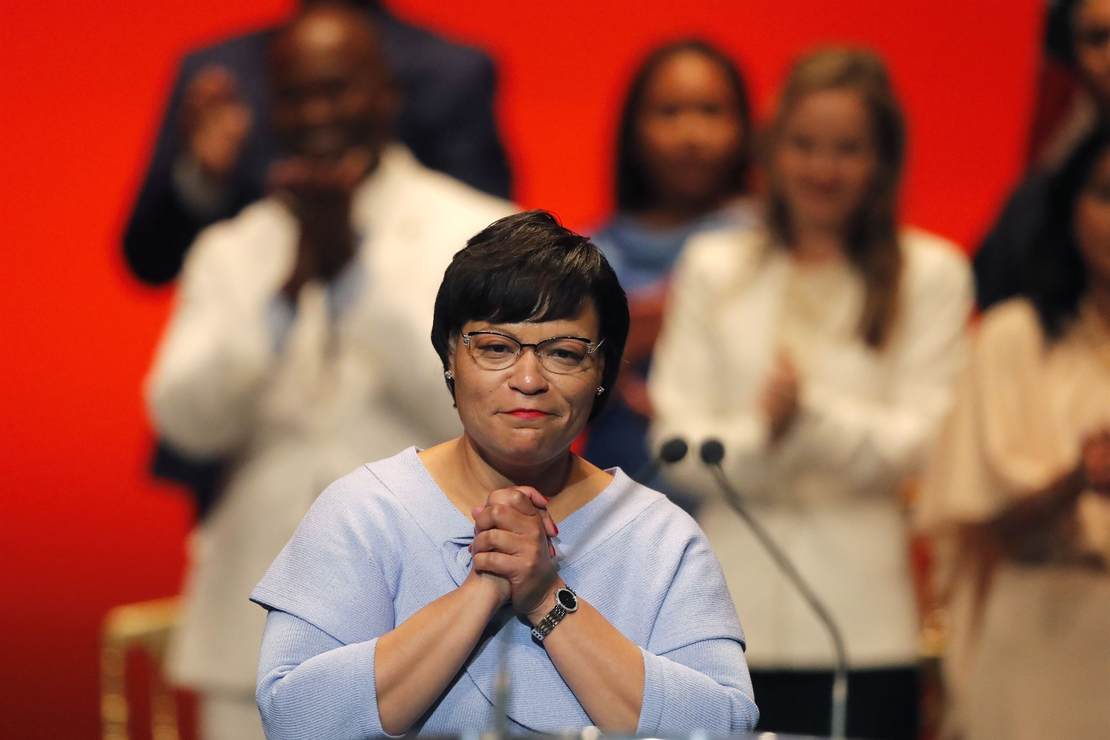 New Orleans has 99 problems and the mayor’s airline ticket expenses shouldn’t be one of them. And first they were, but now they won’t be. According to Mayor LaToya Cantrell, she will reimburse the city to the tune of about $30,000 for the purchase of first-class airline tickets during her travels to Europe.

I’ve written several posts about Mayor Cantrell because she keeps making headlines over her behavior in office. She speaks without thinking through her thoughts, it would seem, as when she threatened to cancel Mardi Gras because of the city’s shortage of police officers. She felt the blowback immediately and walked the statement back. New Orleans made headlines for going to the number one slot in a list of murders per capita in American cities. Not Chicago, New Orleans.

Cantrell said she must fly first-class on her overseas trips for city business because it is dangerous for Black women to travel. This defied logic. What about the safety of her staff and security team that travel with her? Are there no Black women handling those duties? They fly coach, not first-class with her. Shouldn’t her security team be near her in order to protect her? What does she think happens on planes in flight? None of it made sense.

Look, if she wants to fly first class, that’s fine, but she has to pay the difference in cost out of her own pocket. It’s not the responsibility of NOLA taxpayers to satisfy her desire for extra comfort when traveling overseas on city business. Municipal employees are required to purchase the lowest airfare available. The mayor questioned whether or not she is classified as a municipal employee since she is an elected official.

Her statement was short and to the point. She didn’t apologize for dragging the city’s residents through this hullabaloo or for her entitled attitude.

‘Based on the policy review, however, I will have to reimburse,’ she said. ‘So I’m moving forward to do that,’ without specifying when she would do so.

A non-profit foundation she established is under investigation. There are questions about how the money received is being spent.

At the end of August, a recall petition was filed against the mayor.

It is hard to believe that Cantrell agreed to reimburse the city out of a sense of duty. Maybe if she wasn’t so prone to find herself in hot water for her actions in office, but she is and it’s hard after a while to think that she is just making innocent mistakes. She’s a grown woman and knows what she is doing. She feels a sense of entitlement that keeps tripping her up. The agreement to reimburse the city came just days after her latest scandal surfaced. This time she is being questioned for using an apartment in the French Quarter owned by the city.

There is always the next thing with Mayor Cantrell, it seems. The apartment is owned by the French Market Corp., a city-affiliated agency. The market rate is $2,991 per month. The New Orleans Metropolitan Crime Commission (MCC) sent a report to the city council last week asking for an investigation into the mayor’s use of the apartment. Cantrell’s spokesperson said everything is legal according to the city’s terms with French Market Corp (FMC). The city councilmember who sits on the FMC board agreed. The MCC report has pictures of Cantrell going in and out of the apartment and witness reports that she sometimes stays overnight there. No rent has been paid on the apartment from September 1, 2021 to July 31, 2022. She also allegedly used a city employee to do some maintenance work in the apartment.

There will be a review before determining if an investigation is warranted.

At least one problem is out of the way, at least when Cantrell makes good on her promise to reimburse the city for the travel expenses. The city council, who threatened to dock the mayor’s pay to reimburse the city, is happy to move on from the story. The city has other more important issues with which to deal. The mayor, however, didn’t exactly deal with the policy gracefully. She went down swinging.

‘I’m glad that we can put this behind us,’ Council President Helena Moreno said.

We have so many bigger issues to deal with. Obviously with public safety. We’ve got the budget coming up and that’s really what we’d like to be focused on.’

The policy enforcement to make Cantrell reimburse the city for her first-class flights came after she had given an extremely prickly response to journalists on Thursday when questioned on the matter.

‘One thing is clear; I do my job and I will continue to do it with distinction and integrity every step of the way. And so, that’s what I have to say on that!’

Now we wait to see if the apartment kerfuffle amounts to anything. The mayor is a magnet for corruption stories.