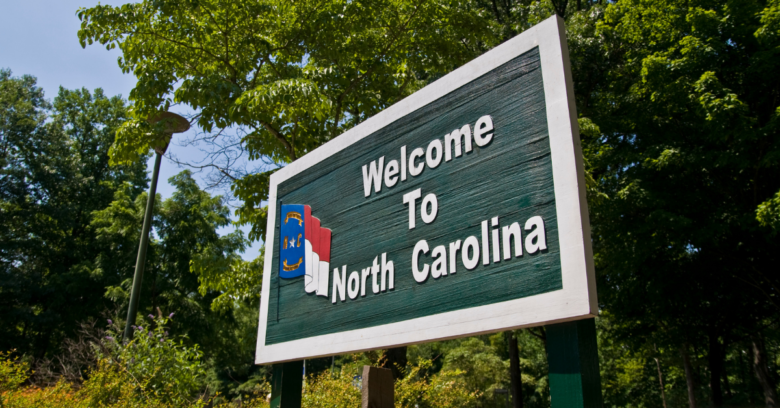 Both parties’ chances at a House majority are going to be shaped heavily by the redistricting process. It’s a point that political intelligentsia have driven home for months, and not without merit.

We’ve seen Democrats on the offensive in states like Oregon and New Mexico, where they’re trying to hinge their chances of a House majority on elaborate partisan gerrymanders amid the growingly unpopularity of the Biden administration. Republicans, as I’ve noted here before, have largely played defense instead of attempting to gain ground.

But there is one state whose Republican legislature has opted to go on the offensive: North Carolina.

Draft plans unveiled Wednesday show the legislature to be considering five possible congressional maps. Three of the five chip away at the Tar Heel State’s Democratic delegation significantly, with the maps giving the party, at best, a realistic chance at four out of 14 seats.

Republicans seem to have placed targets on the backs of two Democrats in particular — freshman Rep. Kathy Manning and longtime Rep. G.K. Butterfield.

In 2020, Manning was elected to the House seat formerly held by Republican Mark Walker, who opted to retire after the Wake County Superior Court ordered his district redrawn more favorably for Democrats. Legislators, as several prototype maps now show, are prepared to draw Manning into a district that could favor the GOP by a margin of up to 17 percent.

Butterfield, meanwhile, is an interesting case — he represents a plurality-Black district in the northeastern corner of the state that has trended red over the course of the past few election cycles. In 2020, he won reelection against Republican Sandy Smith by a margin of 8.4% — a far cry from the nigh-70% landslides he’s been accustomed to. Republicans seem poised to draw him out completely, with all proposed maps placing him in districts that range from leaning slightly Democratic to being effective Republican handovers.

One map put forth by the legislature, code-named “Proposal CMT-9,” goes even farther, attempting a possible 12-2 washout for the GOP by splitting Mecklenburg County into quarters and placing Rep. Alma Adams into a district that only favors Democrats by a three-point margin.

All of the legislature’s proposed maps thus far guarantee two Democrat vote sinks: The Durham/Chapel Hill-centric seat being vacated by Rep. David Price, and freshman Rep. Deborah Ross’ district, which will likely be redrawn to pack in as many Democratic votes from suburban Raleigh as possible.