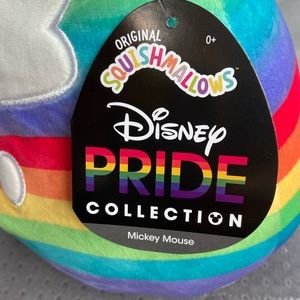 Disney isn’t finished destroying its reputation – not by a long shot. In fact, the House of Mouse is going full-throated into the black hole of wokeness by revealing its new Pride Collection of children’s toys.

The toys are for ages 0+ and are being released hot on the heels of Disney’s attempt to shame Florida into allowing sexual content in kindergarten classrooms. That egregious error walked the company’s approval with consumers from 77% to under 40% in just a few weeks.

The back of the tag reads, “in celebration of Pride and the company’s Pride collection, The Walt Disney Company is giving funds as part of our ongoing commitment to organizations around the world that support LGBTQ+ communities.”

Even Netflix has received the “go woke, go broke” memo as it spent the last month jettisoning social justice groups from its company. But Disney is all-in on shoving “Pride” down parents’ throats and this is not likely the end of it.