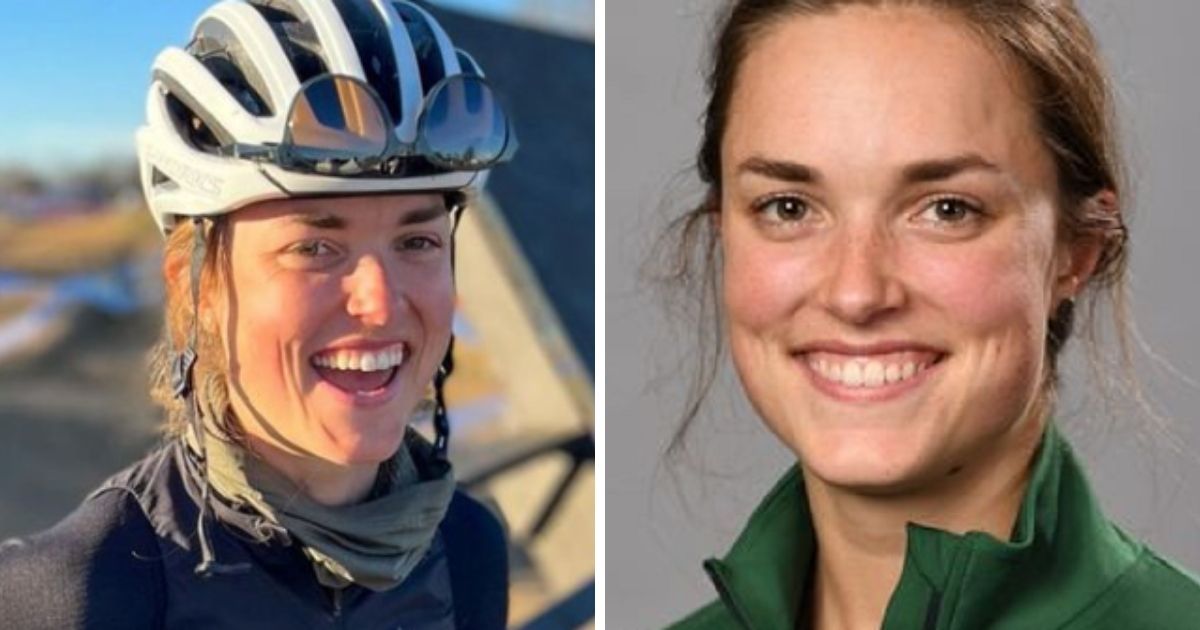 The U.S. Marshals Service is pursuing a woman in connection to the homicide of a professional cyclist in Texas.

Kaitlin Marie Armstrong, another cyclist, is wanted on a charge of first-degree murder in the death of Moriah “Mo” Wilson.

Authorities are investigating the potential of a love triangle involving the suspect, the victim, and a third cyclist named Colin Strickland.

According to KTBC-TV in Austin, court documents indicate that Strickland has been involved in a romantic relationship with Armstrong for three years.

NEW: Austin professional cyclist Colin Strickland has just released a statement about the murder of cyclist Moriah Wilson, clarifying his relationship with her and expressing “torture about my proximity to this horrible crime.” pic.twitter.com/KnIna3mWrE

Punk Swipes Knife at Motorcyclist, Realizes He Picked the Wrong Guy When the Biker's Vest Opens

When the couple briefly broke up in 2021, Strickland began a relationship with Wilson, only to seemingly reconcile with Armstrong later. Police believe both the suspect and the victim were under the impression they were dating Strickland at the time of Wilson’s death.

Strickland claims that he was only in a “professional and platonic” relationship with Wilson after the two ended a brief romantic relationship in October, according to a statement.

However, according to a charging affidavit a friend of Wilson, who was identified by a pseudonym, told investigators Wilson and Strickland were in an “on again, off again,” relationship. A text from Wilson to Strickland included in the affidavit shows her seeking clarity on whether they were only “friends.”

According to the same document, surveillance camera footage shows a Jeep Cherokee belonging to Armstrong arriving at a home Wilson was staying at on May 11. Wilson and Strickland had met up earlier that day.

The warrant charges Kaitlin Marie Armstrong, 34, of Austin, with murder in connection with the slaying of Wilson, who was shot multiple times, according to legal filings. https://t.co/EXIN7h72SJ

The Vermont professional cyclist was in town for the Gravel Loco race in Hico, Texas, and had met with Strickland in Austin previously that day.

When Elite athlete Anna Moriah ‘Mo’ Wilson was found dead a day after flying into Austin to compete in a 150-mile race she was favored to win, it left the cycling world in shock. https://t.co/JNVAGbspNA

According to the affidavit, Strickland hid Wilson’s name in his phone and deleted text messages between the two to avoid suspicion from Armstrong. He had concealed the fact that he met with Wilson to Armstrong on the day of her death.

An anonymous tipster has also told the police that Armstrong expressed thoughts of violence towards Wilson, saying that either had obtained or would obtain a firearm for this purpose.

According to the affidavit, Strickland told investigators that “between December 2021 and January 2022,” he had purchased a Sprinfield Armory handgun for himself and a Sig Sauer handgun for Armstrong.

Ballistics tests showed a “significant” potential that the gun used to shoot Wilson was Armstrong’s Sig Sauer, according to the affidavit.

In a statement, Strickland has expressed his horror at the situation.

“There is no way to adequately express the regret and torture I feel about my proximity to this horrible crime,” the statement said. “I am sorry and I simply cannot make sense of this unfathomable tragedy.”

In the statement, Strickland made a point of saying he “only a platonic and professional relationship” with Wilson.

“Moriah and I were both leaders in this lonely, niche sport of Cycline,” the statement said.

The U.S. Marshals Lone Star Task Force has been activated to apprehend Armstrong, who remained at large as of Friday night.

Wilson’s family has set up a GoFundMe to pay for their daughter’s funeral expenses. It had raised more than $45,000 by Sunday morning.