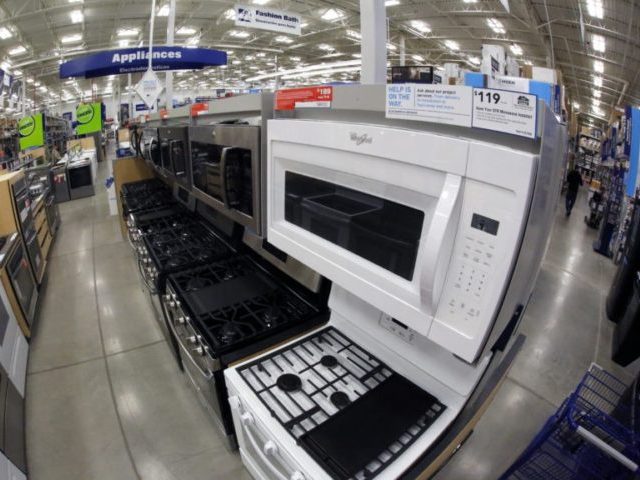 Durable goods orders were worse than they looked.

The Commerce Department reported on Wednesday that orders for longer-lasting goods from U.S. factories rose 0.4 percent in April. A big part of that was a surge in aircraft orders, a category prone to huge swings up and down as major airlines make purchases. Excluding transportation, orders were up 0.3 percent.

The three-tenths of a percentage point gain was good enough for Bloomberg News to run the headline: “US Durable Goods Orders Rise on Steady Business Equipment Demand.” This was almost a repeat of last month’s headline: “Firm U.S. Durable Goods Orders Underscore Resilient Investment.” The story explained that the durable goods orders were very good: “Orders placed with US factories for durable goods rose in April, highlighting firm and sustained demand for equipment and merchandise.” In Bloomberg’s interpretation, the April numbers indicate that “companies are adhering to capital expenditures plans as they seek to enhance productivity to ease the burden of high inflation and a tight labor market.”

The first problem with this interpretation is that the figures fell short of expectations. The consensus view was that the all-in figure would rise 0.5 percent. The undershoot is made even worse because the prior month’s figure was revised down to a 0.6 percent gain from the preliminary estimate of 0.8 percent. Core capital goods were expected to rise 0.5 percent as well, although this time the undershoot was somewhat lessened by the fact that the prior month was revised up one-tenth of a point to a 1.1 percent gain.

The bigger problem, however, is that the durable goods figures are reported in nominal terms. For the past decade, this did not make much of a difference because inflation was running so low. In our era of Bidenflation, inflation cannot be ignored. The Consumer Price Index, however, covers only purchases by the household sector, making it a poor fit for durable goods orders, which include orders by businesses and governments, as well as exports. To get a sense for how big of a role inflation played in the durable goods numbers, we need to look to the Producer Price Index (PPI), which has a large degree of overlap with the activity covered by the durable goods report.

In April, the Producer Price Index for finished consumer goods less food and energy was up 0.8 percent. The index for private capital equipment prices, which may be the best stand-in for core capital goods, was up 1.2 percent. Steve Hanke, a professor of applied economics at Johns Hopkins University who served on President Reagan’s Council of Economic Advisers, told us last year that we should look to the PPI measure of processed goods for intermediate demand to adjust for inflation. This rose 1.4 percent.

No matter which index we use to adjust for inflation, it is clear that durable goods orders actually declined in real terms in April. Importantly, real orders for core capital goods were down by either 0.9 percent (if we use the private capital equipment index) or 1.1 percent (if we use the Hanke approved index). The demand for business equipment is not steady and investment is not resilient. It is falling.

Economic growth is properly measured in real terms. We want to know about the growth of output, so we adjust the figures for inflation. What we are seeing in the durable goods orders indicates that orders are falling—which will likely lead eventually to falling output. There may be some lag between a decline in output and orders because so many U.S. manufacturers have reported large backlogs of orders that they have not been able to fill due to supply chain constraints and a very tight labor market.

April was supposed to be a turning point for inflation, with March as the peak of accelerating price hikes. Yesterday’s new home sales data and today’s durable goods data suggest the turning point may be for output instead.

More Hurry Up to Wait from the Federal Reserve

There were more hints in the Federal Reserve minutes released Wednesday that the central bankers who were convinced that inflation was transitory last year are now confident that three 50-point hikes—this month’s, plus one in June, and one in July—will buy them enough monetary policy space to allow for a pause at the September meeting. The minutes note that an “expedited” tightening would leave the Fed “well positioned later this year to assess the effects of policy firming and the extent to which economic developments warranted policy adjustments.”

What’s the Matter With Kansas?

The Kansas City Fed will report on its survey of manufacturers on Thursday. Forecasters have the index climbing to 32 in May after dropping 14 points to 25 in March. Those forecasts, however, were mostly made prior to the negative reads from the New York Fed and the Richmond Fed and the barely-positive read from the Philly Fed. It’s still possible for Kansas to go against the grain, but there’s a strong risk of another downside surprise. A lower than expected number might finally make investors and analysts take notice of May’s dramatic slowdown in manufacturing.