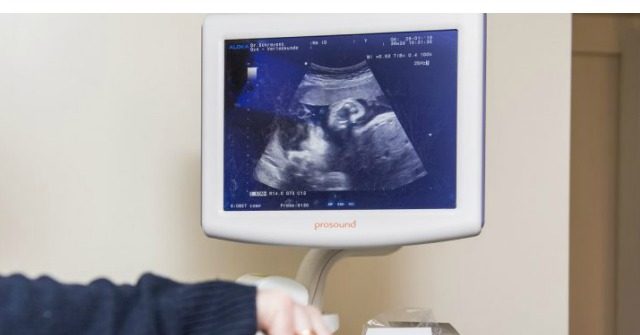 Abortion giant Planned Parenthood reportedly issued a stealth-edit of its fact sheet on fetal development to alter language appearing to support the idea that fetuses indeed have a heartbeat after six weeks in the womb.

Though it’s difficult to pinpoint exactly when Planned Parenthood edited the language, Fox News noted that the organization’s website said that babies have a heartbeat at six weeks as early as July 25 of this year. Life News also noted the change on August 22.

“A very basic beating heart and circulatory system develop,” the original fact-sheet said in its “what happens during week 5-6” section.

The edited section now says the following: “A part of the embryo starts to show cardiac activity. It sounds like a heartbeat on an ultrasound, but it’s not a fully-formed heart — it’s the earliest stage of the heart developing.”

Planned Parenthood’s new fact sheet appears to conflict with the National Library of Medicine, which says that five-week-old fetuses have a “brain, spinal cord, and heart” that begins to develop, which then “beats at a regular rhythm” around six weeks.

“This can be seen by vaginal ultrasound,” says the National Library of Medicine.

The United Kingdom’s National Health Service also says that “the heart is forming as a simple tube-like structure” around the fifth week and “[the] baby already has some of its own blood vessels and blood begins to circulate.”

TRUST THE SCIENCE NO MATTER HOW MANY TIMES WE CHANGE IT TO FIT OUR NARRATIVE! pic.twitter.com/ppYP97YQov

“There is no such thing as a heartbeat at six weeks,” Abrams said on Wednesday. “It is a manufactured sound designed to convince people that men have the right to take control of a woman’s body.”

Abrams was likely taking aim at the 2019 Georgia law that banned most abortions in the state after doctors can detect a fetal heartbeat, which usually happens around six weeks.

Since most women do not learn of their pregnancy in the first six weeks, the law effectively bans all abortion in the Peach State. Though the law faced numerous hurdles, it finally went into effect this year after the Supreme Court overturned Roe v. Wade.

Speaking with CNN, Abrams promised that abortion will be “front and center” of her campaign.

“Women deserve full citizenship in the United States and certainly in the state of Georgia, and they are being denied that because of Brian Kemp’s 6-week ban,” said Abrams. “We are driving not only doctors and nurses out of the state, we’re likely going to drive jobs away. And that should be terrifying to anyone regardless of your political persuasion.”