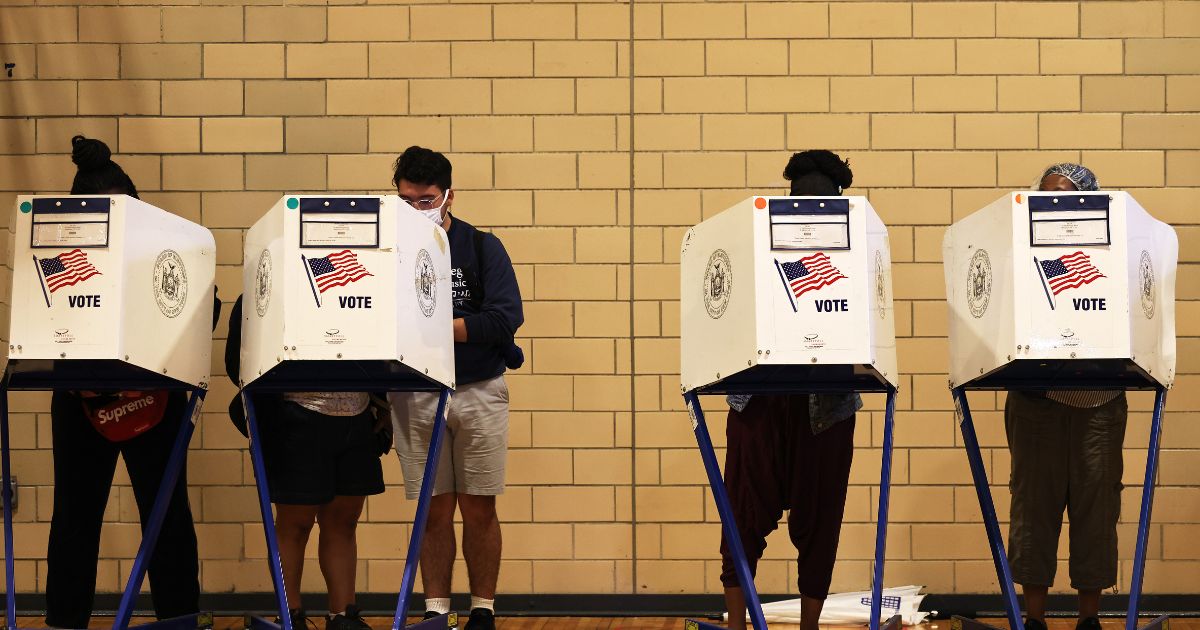 Democrats were riding high this summer. The Supreme Court’s decision overturning Roe v. Wade energized the party’s base, and the economic woes that had been plaguing the Biden administration began to subside as gas prices dropped.

The party had finally scored several legislative wins with the Inflation Reduction Act and the CHIPS and Science Act. Former President Donald Trump was under investigation by the Department of Justice for potentially violating the Espionage Act, and the generic congressional polls began to tilt in their favor. Suddenly, predictions of certain midterm disaster for the party gave way to cautious optimism.

Unfortunately for the Democrats, however, the pendulum never swings in one direction forever. The stock market has fallen into bear market territory. Inflation remains stubbornly high. Although gas prices have fallen from their peak, they’re still much higher than they were when Biden took office and the rising costs of necessities such as groceries and housing have outpaced those reductions.

Biden’s “soul of the nation” speech, in which he declared “MAGA Republicans” to be semi-fascists who posed a threat to our democracy, didn’t exactly help his party’s candidates. And Republican Govs. Ron DeSantis of Florida and Greg Abbott of Texas have managed to focus voters’ attention on the disaster that’s unfolding at our southern border.

Still, the polls remain quite favorable for Democrats. But, there is reason to believe that pollsters are once again overestimating Democrats’ chances and underestimating those of the Republicans. And that has some Democrats worried they might see a repeat of the polling misses we saw in 2016 and 2020.

For example, ahead of the 2020 election, according to the RealClearPolitics average of polls, Republican Sen. Susan Collins of Maine was projected to lose her re-election bid by 6.5 points. Instead, she won by 8.6 points. Although less dramatic, the story was the same for Republican Sens. Lindsey Graham of South Carolina, Joni Ernst of Iowa, Thom Tillis of North Carolina and Steve Daines of Montana.

Two weeks ago, New York Times political analyst Nate Cohn compared recent polling results with those from 2020 and 2016 and found that “Democratic Senate candidates are outrunning expectations in the same places where the polls overestimated Mr. Biden in 2020 and Mrs. Clinton in 2016.”

Cohn concluded there is a “consistent link between Democratic strength today and polling error two years ago.” He pointed out the most glaring errors in 2020 occurred in Wisconsin, where polls overestimated Biden’s strength by 9 points, and in Ohio, where polls underestimated Trump’s strength by 8 points.

According to Politico’s Steven Shepard, pollsters are worried “they’re blowing it again in 2022.” He spoke to numerous pollsters who said they’ve been tweaking their models over the past couple of years.

Do you think Republicans will win control of Congress in November?

He wrote: “But most of the changes they have made are small. Some pollsters are hoping that since Trump isn’t running in the midterms, the problems of underestimating Republicans’ vote share will disappear with him. But others worry that Trump’s ongoing dominance of the news cycle — from the FBI seizure of classified documents at Mar-a-Lago to litigation against his businesses in New York — effectively is making him the central political figure going into Election Day.”

Charles Franklin, the director of the Marquette Law School Poll in Milwaukee, Wisconsin, told Politico, “There’s no question that the polling errors in [20]16 and [20]20 worry the polling profession, worry me as a pollster. The troubling part is how much of that is unique to when Donald Trump is on the ballot, versus midterms when he is not on the ballot.”

The consensus among pollsters is that Trump supporters frequently refuse to participate in any polls at all, the report said.

Democratic pollster Celinda Lake told Politico she is trying hard to get the right balance of voters in her polls, “but that a certain segment of Trump voters is increasingly elusive.”

“It was less [of an issue] for a long time,” Lake said. “It looks to us like it is getting to be more of a problem recently, with the Mar-a-Lago thing, with his candidates winning a lot of these primaries, with the Jan. 6 committee.”

Watch: Trump Says the 9 Words Everyone Wanted to Hear – Met with Thunderous Applause

Politico spoke to Don Levy, director of the Siena College Research Institute, who said he is being “as careful as careful can be” to increase the portion of Republicans in his samples and in weighting.

Shepard pointed out that some Democrats believe the party will outperform the polls.

He cites New York Rep. Sean Patrick Maloney who is the current chair of the Democratic Congressional Campaign Committee. Maloney told Politico earlier this month: “You just saw the polls underestimate the victories in both Alaska and in Upstate New York. So, if anything, the polls may be showing a conservative bias right now.”

Although polls may overstate a Republican candidate’s chances once in a while, the majority of polling errors favor Democratic candidates.

I recently discovered an interesting feature inside RealClearPolitics’ “Battle for the Senate RCP Projection,” which incorporates the extent of the polling error at this same point (currently 43 days away) in the 2016, 2018 and 2020 election cycles and adjusts a candidate’s current polling average accordingly.

For example, the current RCP average for Republican Sen. Ron Johnson of Wisconsin shows him up 1.5 percent. In 2020, the polling error in the state’s presidential race was 6.4 percent. In the 2018 Wisconsin senate race, incumbent Sen. Tammy Baldwin, a Democrat, was ahead of her opponent by 11 points. And on this day in 2016 Clinton was ahead of Trump by 5 points.

RCP plugs these figures into a formula and somehow determines that the polls have underestimated Johnson’s strength by 3.9 percent. This is added to Johnson’s current showing of 1.5 percent to arrive at what they believe is the more realistic level of support of 5.4 percent. RCP rates Johnson’s seat as a “GOP hold” and they project that Republicans will win control of the Senate by a margin of 52-48.