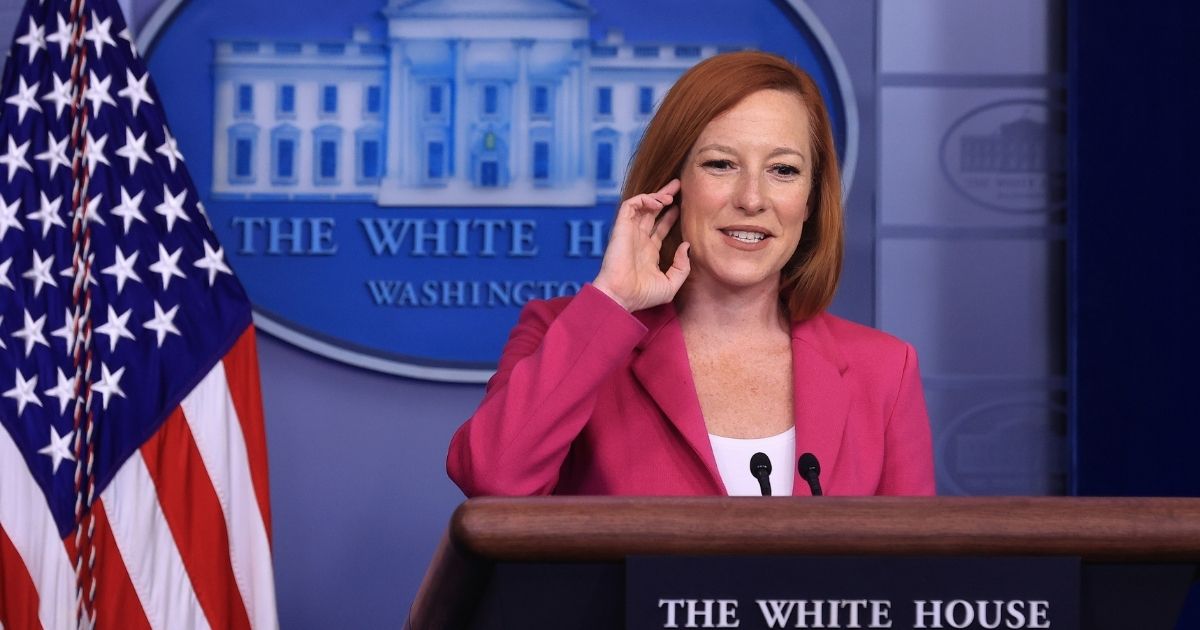 A major crisis continues to develop at the southern border.

Illegal immigrants crossing over in droves. Detention facilities packed to the brim with unaccompanied minors. Drugs pouring into American cities.

All of these problems and President Joe Biden still has yet to visit the border.

“Why did President Biden say he has been to the border?” Peter Doocy of Fox News asked Psaki.

Biden had made the false claim during Thursday night’s town hall hosted by CNN.

“Well, Peter, as you may have seen, there’s been reporting that he did drive through the border when he was on the campaign trail in 2008,” Psaki said.

DOOCY: “Why did President Biden say [last night] that he has been to the border?”@PressSec: “He did drive through the border when he was on the campaign trail in 2008.” pic.twitter.com/pxaRfkKjOf

“And he is certainly familiar with the fact — and it stuck with him — with the fact that in El Paso, the border goes right through the center of town.”

Is President Biden to blame for the crisis at the border?

Psaki had the utter temerity to suggest that the situation at the southern border in 2008 was at all comparable to today’s crisis. Does she really think the American people are that stupid?

Apparently, the answer is yes.

“But what the most important thing everyone should know and understand is that the president has worked on these issues throughout his entire career and is well-versed in every aspect of our immigration system, including the border,” Psaki said.

Well, nine months into Biden’s presidency, it’s nice to know what all that experience has amounted to: one of the worst border catastrophes in American history.

“He does not need a visit to the border to know what a mess was left by the last administration. That’s his view,” Psaki added.

The president can hide and deflect blame all he wants.

When the American people see the shocking images of massive migrant caravans and overstuffed detention facilities coming from the border, they know who’s responsible.