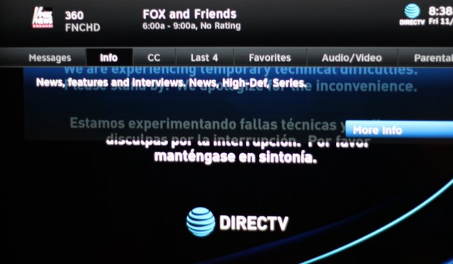 Kentucky Sen. Rand Paul announced Monday he would no longer be subscribing to DirecTV after the broadcast distributor said it would drop a popular conservative news channel from its lineup.

DirecTV announced Friday that it would not renew its contract with Herring Networks Inc., the owner of right-wing news outlet One America News Network (OAN), “following a routine internal review.” The announcement followed an investigation by Reuters published in October 2021 which found platforms owned by AT&T, including DirecTV, were responsible for the overwhelming majority of OAN’s revenue.

.@DIRECTV is cancelling @OANN so I just cancelled my home Direct TV. Why give money to people who hate us?

Paul tweeted Monday that he was canceling his DirecTV subscription over the company’s decision.

“Why give money to people who hate us?” Paul said.

Paul’s sentiments echoed those of former President Donald Trump, who addressed the matter at a Saturday rally.

“All I can tell you is the people that are telling the truth in America like One America News are being threatened,” Trump said.

The former president went on to suggest a boycott of the company, floating the notion that “maybe what we should do is not use AT&T.”

Following Reuters’ investigation, a coalition of left-wing advocacy groups, including Free Press, Color of Change, and Media Matters, sent a letter to AT&T urging the company to cut ties with OAN, citing false election claims and “misinformation” that the network allegedly broadcast.

“If AT&T is serious in its commitment to progressive values like racial justice, the company must reckon with its history of supporting policies and actors that undermine the values it now promotes supporting, most immediately by not supporting or amplifying OANN,” the letter read.

Paul and DirecTV did not immediately respond to the Daily Caller News Foundation’s request for comment.