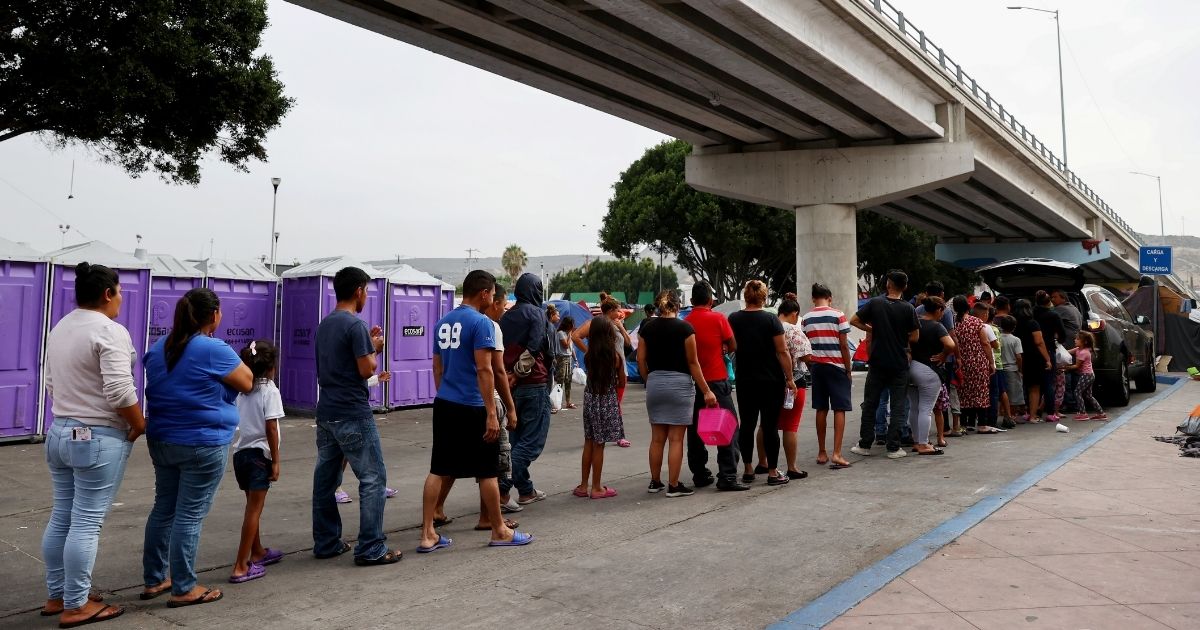 Roughly 50,000 illegal migrants who have entered the U.S. have been released by Border Patrol agents without being given a court date so far this year, according to a report.

Axios reported Tuesday that thousands of illegal immigrants have not been given dates to appear before a judge, but rather have been told to contact U.S. Immigration and Customs Enforcement on their own within 60 days.

“Although they are told to report to an Immigration and Customs Enforcement office instead, just 13% have shown up so far,” the outlet reported.

Most have not contacted the proper authorities upon being released into the country.

Axios, citing a source from the Department of Homeland Security, reported that of the thousands of migrants who have crossed into the country since March of this year, and been released without process, only 6,700 have actually made contact with an immigration office.

The outlet noted an additional 16,000 have “not showed up and passed the 60-day reporting window they were given. That’s 2.4 no-shows for every one that has checked in.”

Meanwhile, 27,000 other migrants who were released by Border Patrol agents are nowhere to be found, although they are still within the 60-day window they were given to report.

“One DHS official emphasized that nearly 70% of migrants are within the 60-day window or have reported to ICE,” Axios reported.

Do you think the border crisis will linger on as long as Democrats are running the country?

The outlet, after speaking with immigration officials, called the decision to release people into the country without a court date “unprecedented.”

This is OPEN BORDERS.

50,000 illegal immigrants have been released into the U.S. WITHOUT a court date.

Only 13% have reported to an ICE office as they were instructed.https://t.co/kALcnC0g77

And now they are trying to sneak through massive amnesty.

The #BidenBorderCrisis is no longer a border state problem.

Illegal aliens flooding our border are coming to a town near you. https://t.co/CsS2hryN7P

50,000??? Catch and release on steroids. The Biden Administration’s decision to stop enforcing the law will have decades of consequences.

We must finish the wall and reinstate the safe 3rd country agreements with Mexico to stop this madness.https://t.co/CgZFyncgm4

The Biden administration offered a nonspecific comment about the situation.

“We will always be a nation of borders, and we will enforce our immigration laws in a way that is fair and just. We will continue to work to fortify an orderly immigration system,” the administration said in a fact sheet released Tuesday morning.

DHS spokeswoman Meira Bernstein told Axios that the federal government would deport those who do not abide by immigration laws, such as reporting one’s immigration status.

“Those who do not report, like anyone who is in our country without legal status, are subject to removal by ICE,” Bernstein said.