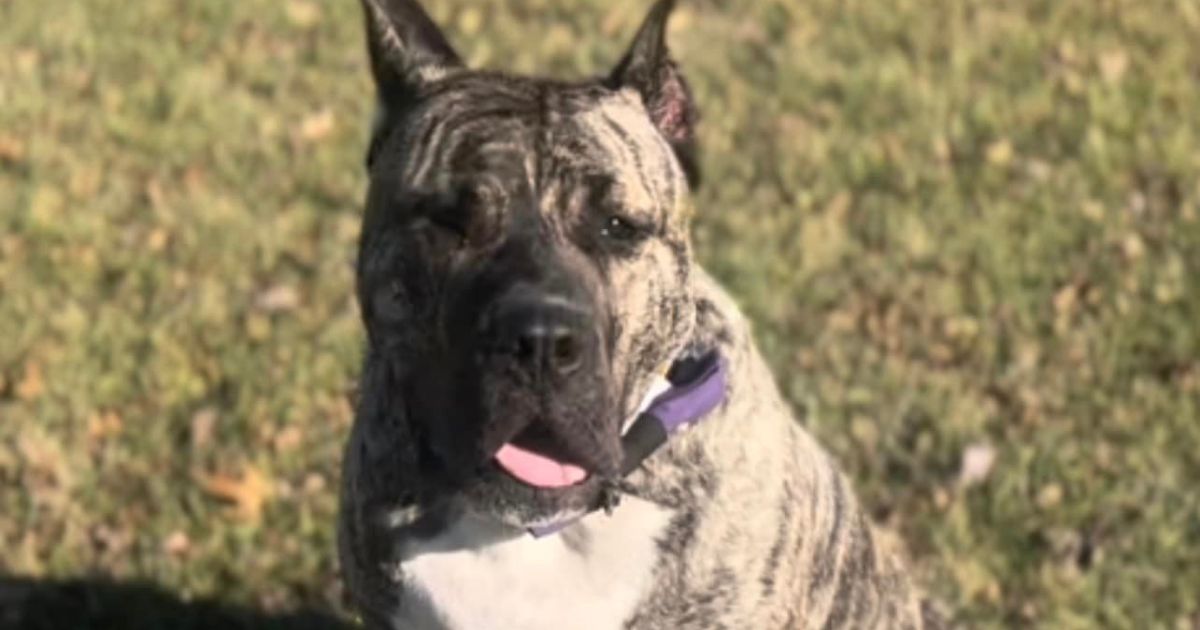 When Jeff Callaway from Louisville, Kentucky, first laid eyes on the shriveled remains of what should have been a thriving, 80-pound dog, he knew immediately that he had to help the suffering creature.

The brindle and white dog, eventually named Ethan, was a mere 38 pounds when he found himself abandoned in the parking lot of the Kentucky Humane Society, where Callaway is the facilities director.

The poor dog couldn’t drink. He couldn’t even lift his head. He was nothing but skin and bones. The vets even thought he was dead when he was brought in.

But when Callaway saw Ethan, he made the broken animal a promise: To love and care for him, even if he only had a few hours or days left.

“I knew he was my dog,” Callaway said, according to Fox News. “I looked in the vet area to check on him and when I saw him, there was an instant connection.

“It didn’t look like he was going to live, but I knew I was going to do everything I could … so he would not leave this world without knowing that someone loves him.”

To all appearances, Ethan was a lost cause when he reached the shelter on that life-changing day in January 2021. But a day passed, and he was still alive. Then another passed, and another, until on the sixth day of intensive care, Ethan took his first steps.

“When he continued to get better, there was no doubt that I was going to bring him home,” Callaway said.

Ethan thrived under Callaway’s care. He’s been a constant companion and brings a mix of joy, hope, and awareness of the needs of others everywhere he goes.

“He has a way of connecting with people,” Callaway posted on Ethan’s Facebook page. “People who know his story and people that just met him and have no idea about his story.

“Just yesterday as we were eating dinner, a woman at the next table said, ‘wow there’s something special about that dog. I can see it in his eyes. And he puts off a hopeful energy.’ She had never met or seen him before.”

“I feel honored to be a voice for him for wherever this journey takes us,” Callaway continued. “I have put him in some unusual situations in the past almost two years. Situations that I believed could help raise awareness. And every time, every time, he responded incredibly perfect. He understands the places he is and responds appropriately. There’s an old soul in there. But one that demands to make a difference in the world. His story is not over, we have many more lives to touch and many more places to go.”

Callaway believed Ethan had a bigger purpose in life than to die emaciated and alone, and this year, Ethan was recognized as American Humane’s Shelter Hero Dog 2022.

“Ethan had a rough start to life, but he never stopped fighting to stay alive,” American Humane posted on Facebook on Sunday.

“His unimaginable determination to keep persevering through seemingly insurmountable odds has inspired people around the world and today, he uses that attention for good. Congratulations to EthanAlmighty, the 2022 American Hero Dog!”

“From trash to treasure,” Callaway said, “he’s making a difference in this world.”