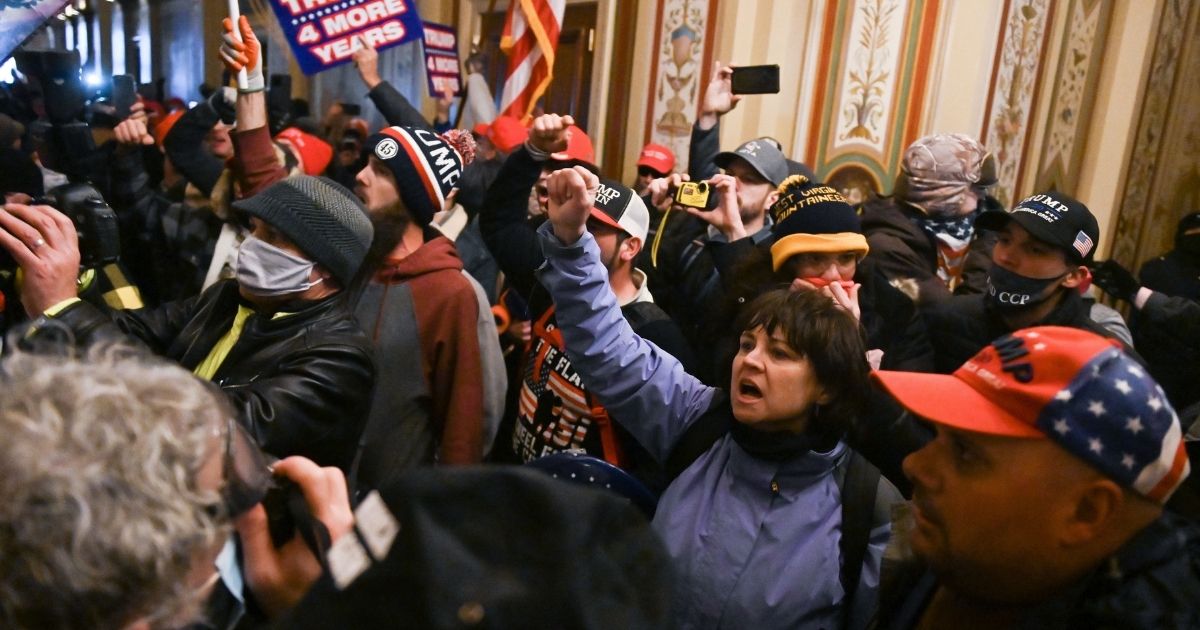 In the aftermath of Jan. 6, the FBI suggested there was no evidence of Black Lives Matter or antifa members participating in the events. However, many Americans with knowledge of the events questioned this suggestion.

In “Capitol Punishment,” Jan. 6 attendees tell the true story of that day instead of the narratives pushed by the establishment media. The film premieres today — Thanksgiving Day — and you can get your copy now.

“We have not to date seen any evidence of anarchist violent extremists or people subscribed to antifa in connection with the sixth,” FBI Director Christopher Wray told the Senate Judiciary Committee on March 2, according to The Hill.

Yet in the film, retired United States Air Force Lt. General Thomas G. McInerny said Wray should not be trusted.

“J. Edgar Hoover would be proud of Director Wray,” he said. “He’s corrupt. We know Black Lives Matter was there, and we’ve identified them and antifa.”

If you are tired of being lied to, buy “Capitol Punishment” now to get the truth about Jan. 6.

John Guandolo, who previously served as an FBI liason to U.S. Capitol Police, also confirmed the presence of these groups and said “they were everywhere.”

Were BLM and antifa involved on Jan. 6?

Rich Gutowski, the CEO of a life insurance company called Philanthropic Life, said he saw a man on a “military-style microphone” telling participants who were in the Capitol building where to go.

“He wasn’t a participant, he was a director,” Gutowski said.

The events of Jan. 6 consisted of much more than just supporters of former President Donald Trump entering the Capitol building. “Capitol Punishment” seeks to tell the true, full story of those events — buy your copy now.