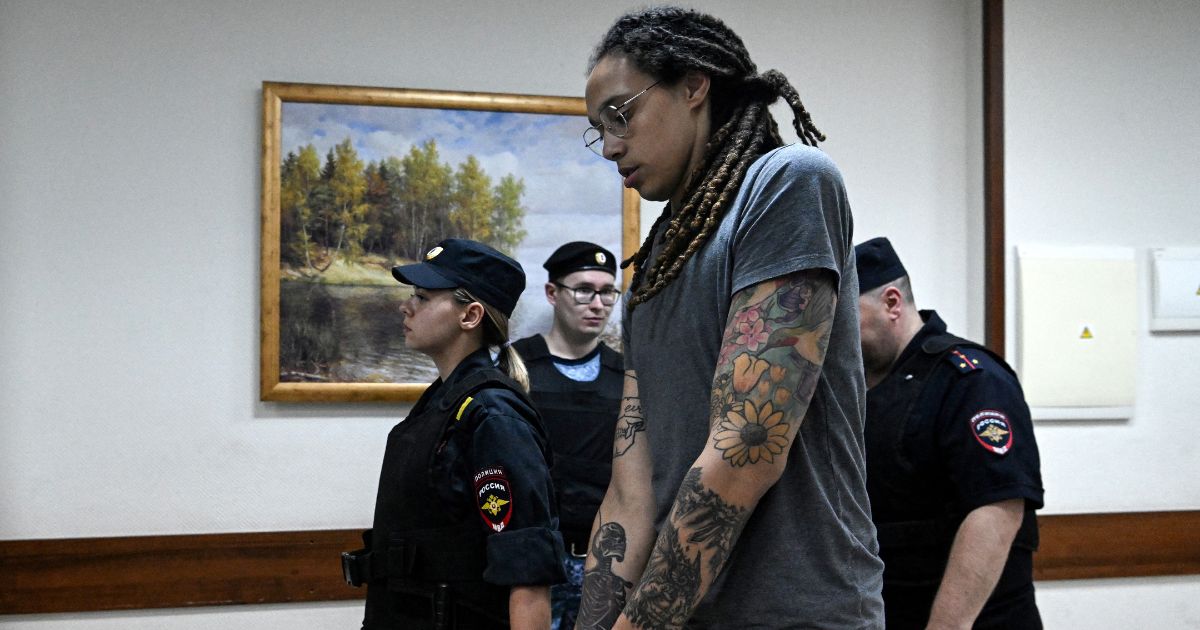 After WNBA player Brittney Griner was sentenced to nine years in a Russian jail, Russia indicated that it is still open to a prisoner swap with the U.S.

Griner was convicted of smuggling drugs into Russia and was sentenced on Thursday.

The verdict came almost six months after Griner was arrested at an airport near Moscow after vape cartridges containing cannabis oil were found in her luggage.

Griner pleaded guilty to the drug charges and said that she had accidentally packed the cannabis.

“We are ready to discuss this topic, but within the framework of the channel that was agreed upon by presidents Putin and Biden,” he said, according to the outlet.

“If the Americans decide to once again resort to public diplomacy … that is their business and I would even say that it is their problem,” Lavrov added.

Secretary of State Antony Blinken also said that the U.S. is pursuing a prisoner swap to free Griner and U.S. citizen Paul Whelan, who was been held in Russia since 2018 on espionage charges.

Meanwhile, Biden told reporters at the White House that the administration is working on getting Griner released.

Do you think the prisoner swap will actually happen?

“It puts a spotlight on our very significant concern with Russia’s legal system and the Russian government’s use of wrongful detentions to advance its own agenda, using individuals as political pawns. The same goes for Paul Whelan,” Biden added, according to Fox News.

The Biden administration has offered to free Viktor Bout, a notorious Russian arms dealer known as the “Merchant of Death,” in exchange for Griner and Whelan.

One Kremlin spokesman warned that if the media discussed the possible trade, it might not happen, Reuters reported.

“The Americans have already made that mistake, suddenly deciding to use megaphone diplomacy to resolve these issues,” spokesman Dmitry Peskov said, according to the outlet.

“This is not how they are resolved,” Peskov added.