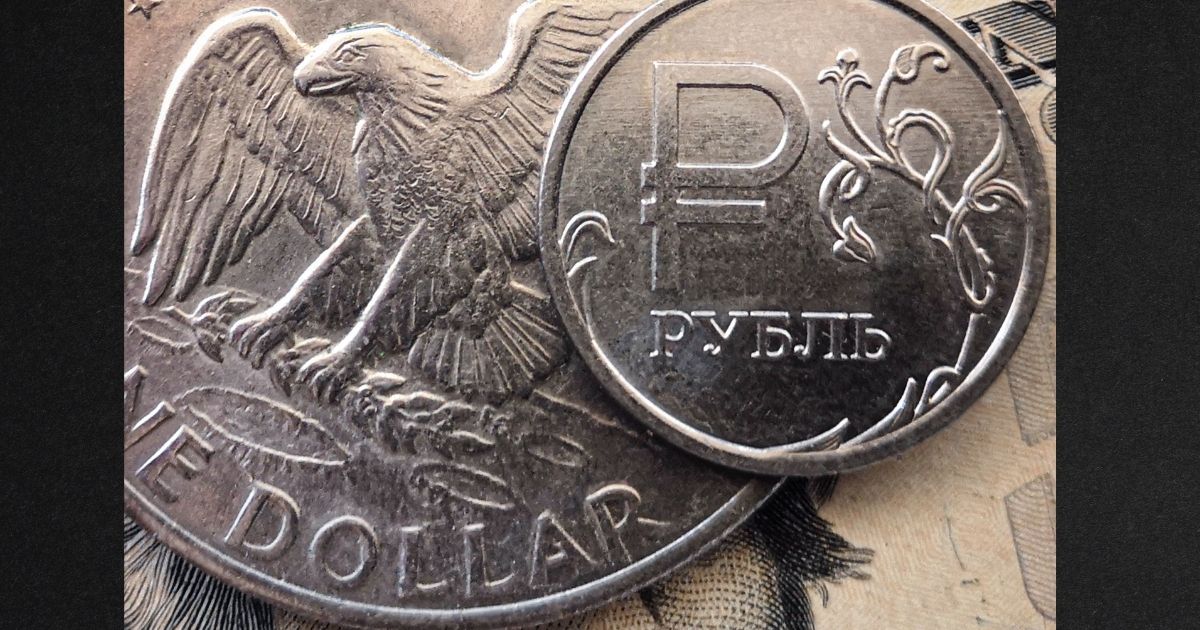 Even though the U.S. and Europe have repeatedly condemned and sanctioned Russia for its invasion of Ukraine, the Russian economy does not seem to be collapsing yet.

In fact, Russia’s currency, the ruble, has surged to a new high, Bloomberg News reported.

The ruble has hit a seven-year high against the euro.

In fact, the ruble has gotten stronger since the Russian invasion of Ukraine. Between collapsing imports, capital controls and the rising energy prices, the ruble is 20 percent stronger than before the war.

How is this possible with sanctions against Russia in place?

Some European countries are complying with Russian President Vladimir Putin’s demand that they pay for Russia’s natural gas in Russia’s currency.

Some European countries, no matter how much they condemn the war against Ukraine, are still buying Russian oil.

While many have stopped buying Russian oil, others countries are still under contract with Russia or simply have nowhere else to go for oil. Germany, Hungary, Slovakia, Croatia, Bulgaria and Poland are among the European countries that are still bringing in Russian oil, the Economic Times reported.

Do you think that Biden should have sanctioned Russia in the first place?

These foreign accounts have had to comply with Putin’s demands and open foreign-currency and ruble accounts to get Russia oil.

“Pressure on the dollar and euro will increase as more buyers of gas open special accounts,” George Vaschenko, head of Russian stock market operations department at Freedom Finance LLC, told Bloomberg. “There won’t be pressure every day — and the currency could fall back into the range of 59-60 rubles — but there will be fresh waves of strengthening for sure.”

This all is happening despite President Biden’s claims and efforts to wreck the ruble.

“As a result of these unprecedented sanctions, the ruble was almost immediately reduced to rubble,” President Joe Biden tweeted in March.

As a result of our unprecedented sanctions, the ruble was almost immediately reduced to rubble.

The Russian economy is on track to be cut in half.

It was ranked the 11th biggest economy in the world before this invasion — and soon, it will not even rank among the top 20.

The ruble has actually been getting stronger over the past two months.

By the end of March, the ruble was making a strong showing, trading at 83 per dollar on March 30, the New York Times reported.

That was only two rubles away from the level it had hit on Feb. 23, the day before the invasion of Ukraine.

Throughout April, the Russian government continued to push back against sanctions and the ruble kept getting stronger, Nairametrics reported.

Even though the ruble has already strengthened, there are still predictions for a continuing upward trend.

Yuri Popov, an FX and rates strategist at Sberbank CIB, predicted that the ruble could reach 50 per dollar by the start of the third quarter, Bloomberg reported.

So U.S sanctions and the overwhelming condemnation of Russia from the west have simply not been able to wreck the Russian economy the way Biden predicted.