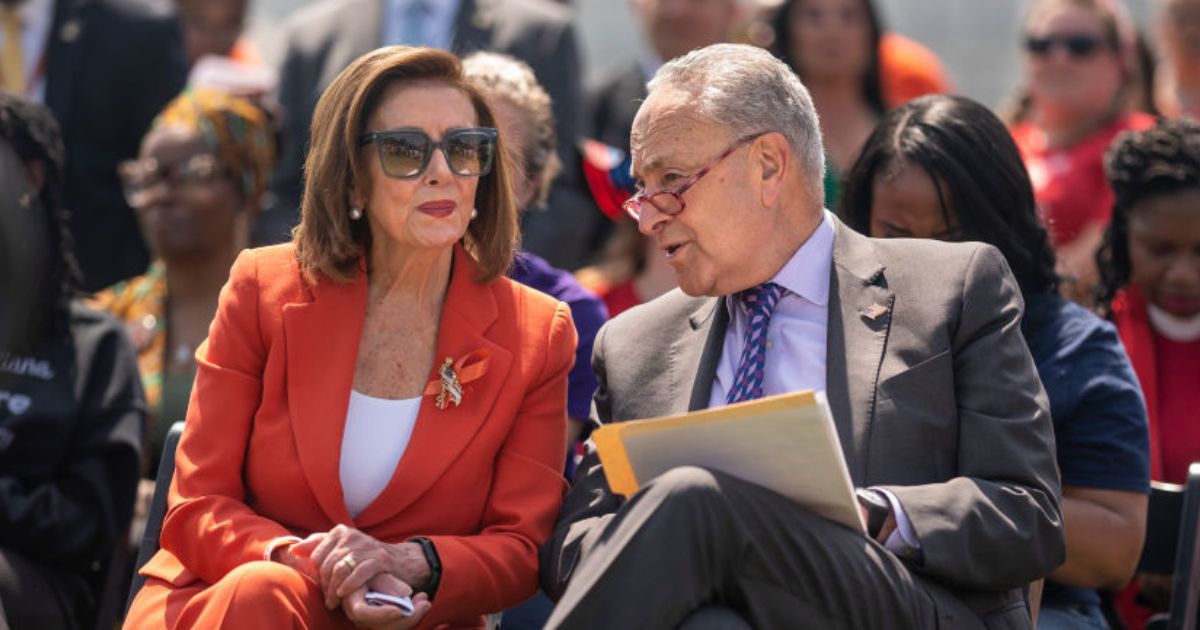 The act was the first major gun control bill Congress has passed since the 1994 Brady Handgun Violence Prevention Act.

The bill — led by Democratic Sen. Chris Murphy of Connecticut and Republican Sen. John Cornyn of Texas — passed with 65 votes for and 33 against. Fifteen Republicans voted for the legislation.

The bill was the results of bipartisan negotiations on gun control following the tragic May 24 mass shooting at Robb Elementary School in Uvalde, Texas.

Earlier, 14 Senate Republicans had sided with Democrats on Tuesday in voting to advance the bill to the Senate floor.

“I am proud that after weeks of hard work, the Senate passed the Bipartisan Safer Communities Act, a bill I negotiated with my colleagues,” Cornyn said, according to Fox News. “Our bill will save lives while placing no new restrictions on law-abiding gun owners.”

“We’ve been building a movement around ending gun violence for 10 years, and we said one day we’d be strong enough to beat the gun lobby, and here we are,” Murphy said, according to The Washington Post.

The bill sets aside millions of dollars in funding for states enforcing red-flag laws, denying individuals the right to possess a firearm if they are found by a judge to be a threat to themselves or their community.

The legislation also assigns money for school safety and crisis intervention programs and shuts the “boyfriend loophole”; hitherto, only those accused of domestic violence in marital relationships could be deprived of their Second Amendment rights.

Will this bill survive a challenge in the Supreme Court?

Furthermore, the bill would require more onerous background checks on those purchasing weapons under 21 and incentivize states to include juvenile records in the National Instant Criminal Background Check System.

“Tonight, the United States Senate is doing something many believed was impossible even a few weeks ago: We are passing the first significant gun safety bill in nearly 30 years,” Democratic Senate Majority Leader Chuck Schumer said, according to Fox News. “The gun safety bill we are passing tonight can be described with three adjectives: bipartisan, commonsense, lifesaving.”

“When the Rules Committee finishes its business, we will head immediately to the Floor. And we will send the bill to President Biden for his signature, with gratitude for his leadership,” Pelosi said, according to the outlet.

“This bill won’t stop the violent shootings by deranged criminals. But it will restrict the freedoms of law-abiding Americans and put too much power in the hands of politicians and political officials,” Republican Sen. Tom Cotton of Arkansas said in response to the bill.

“Stopping gun violence starts with more funding for police and tougher sentences for the criminals who violate gun laws — not taking away due process from law-abiding gun owners,” Cotton said.

“There are two different approaches to try to stop criminals and mass murders. One is to target and prosecute felons and criminals trying to illegally buy guns and who use guns in the commission of a crime, while simultaneously securing our schools and hiring more police officers who are trained to prevent school violence,” Republican Sen. Ted Cruz of Texas began in a statement explaining his vote against the bill.

“Unfortunately, Washington Democrats opposed our legislation and took a second, altogether different approach tonight: Once again, their response was to try to disarm law-abiding citizens rather than take serious measures to protect our children,” Cruz continued. “That doesn’t work. It doesn’t prevent crime and it won’t allow people to defend themselves and their loved ones. And frankly, the Supreme Court might find significant portions of it to be unconstitutional.

“But because of their political agenda,” he concluded, “Democrats have sought to disarm law-abiding citizens.”

Andrew is a journalist covering security, politics, and foreign policy, among other beats, with bylines in the Daily Caller, The Western Journal, and multiple other notable outlets. Follow Andrew on Twitter: @realAndrewJose

Andrew is a journalist covering security, politics, and foreign policy, among other beats, with bylines in the Daily Caller, The Western Journal, and multiple other notable outlets. Speak to Andrew securely via [email protected] Follow Andrew on Twitter: @realAndrewJose