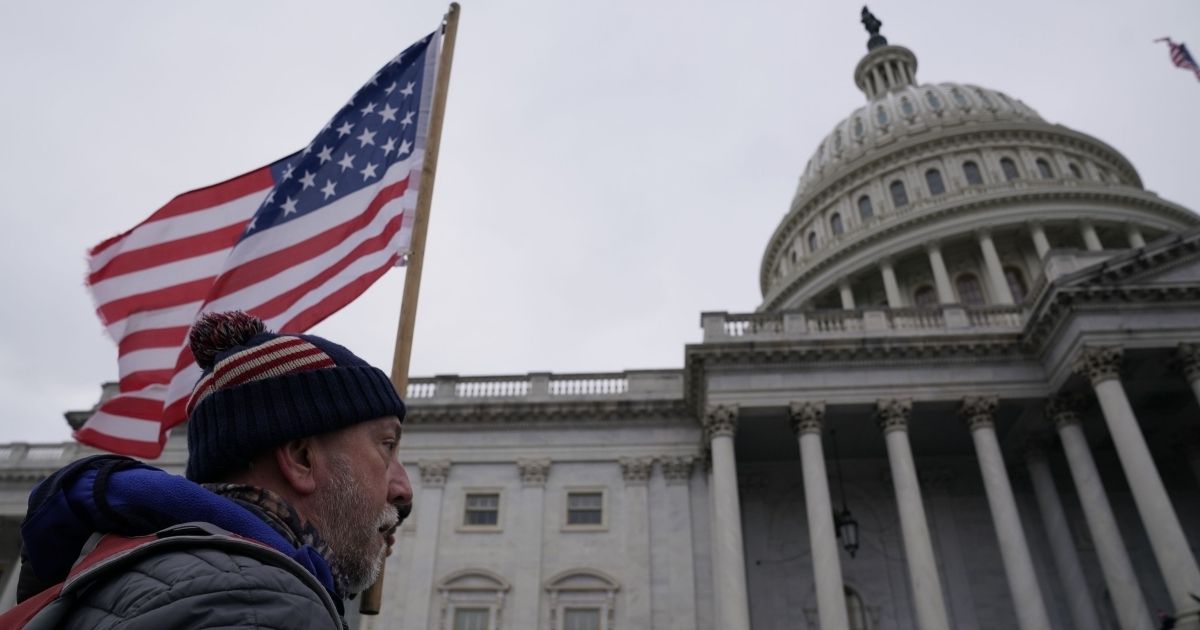 The only footage the establishment media shows from Jan. 6 shows violent rioters breaking into the Capitol building. However, that is just a small portion of the full story.

“Capitol Punishment” tells the story of Jan. 6 through the eyes of those who experienced it first hand, and it premieres today — Thanksgiving Day. Get your copy now.

While violence raged on one side of the Capitol building, observers said the other side of the building was much more peaceful. Lewis Easton Cantwell, who was there on Jan. 6, questioned that very fact in the film.

“Why are you letting people in on one side of the building but then fighting a raging battle on the other?” he said.

Following the events of Jan. 6, the media attempted to portray everyone who was at the Capitol as a violent insurrectionist. This is just one of the many lies pushed by the establishment media about Jan. 6. “Capitol Punishment” exposes the truth about the events, and you can buy it today.

Cantwell’s story is consistent with the one told in the film by Derek Kinnison, who said not every door was heavily guarded.

Do you believe Jan. 6 was a trap for Trump supporters?

“We saw a set of open doors,” Kinnison said. “My partner Tony, he looked at me, I looked at him, he said, ‘What do you think about that?’

Not everyone who was at the Capitol on Jan. 6 entered the building, and many who did enter did not do so violently. “Capitol Punishment” exposes the establishment media for that lie and many others, and you can buy your copy today.