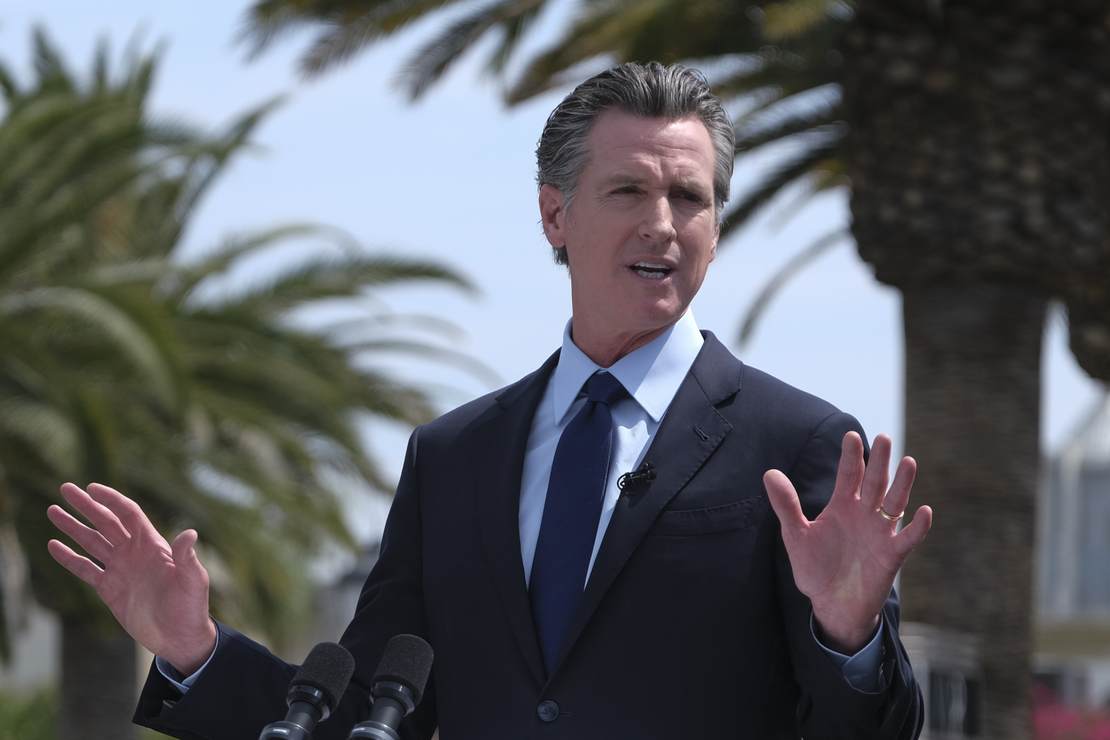 This looks like a curious punt from an even more curious player, but you’ll need a three-dimensional scorecard to figure out what’s happening in California. The Ninth Circuit — usually seen as particularly friendly to government exercises of authority — has called a halt to a state vaccination mandate for prison workers and certain inmates. This follows a Fifth Circuit stay on a federal mandate proposed as an OSHA regulation:

A federal appeals court on Friday temporarily blocked an order that all California prison workers must be vaccinated against the coronavirus or have a religious or medical exemption.

A panel of the 9th U.S. Circuit Court of Appeals granted a request for a stay of September’s lower court order pending an appeal. It also sped up the hearing process by setting a Dec. 13 deadline for opening briefs.

The vaccination mandate was supposed to have taken effect by Jan. 12 but the appellate court stay blocks enforcement until sometime in March, when the appeal hearing will be scheduled.

That’s one heck of a punt. There’s a good chance that a vaccine mandate might be moot by March. Parts of California will have cold enough weather in the winter to where the state can expect a fresh seasonal wave of cases as people remain indoors for larger-scale gatherings. If the case won’t get adjudicated until warm weather returns to those places, the impetus for the vaccines might vanish even if the Ninth Circuit relents.

So who won in this round? It’s not entirely clear, but it might have been … Gavin Newsom?

The mandate was opposed by the state’s prison agency and Gov. Gavin Newsom, even though his administration previously had ordered vaccinations or testing for all state employees, including correctional employees.

The politically powerful California Correctional Peace Officers Association had argued that the mandate could create staff shortages if employees refuse to comply.

That’s another reason why the point might be moot by March. Some governors, primarily in blue states, followed Joe Biden’s lead in imposing vaccine mandates on state workers, only to discover that the process left them shorthanded at the worst possible time. The last place a state would want to have a staffing problem would be at a prison, which Newsom must have belatedly realized. It’s easy to issue EOs, but it’s more complicated when one has to live with their consequences. The specter of massive prison-guard shortages must have finally pushed Newsom into retreat from the mandate, at least in this instance.

The “politically powerful” aspect of this union probably had something to do with Newsom’s change of heart, too. But that leads to another question: why didn’t Newsom simply rescind this mandate? As governor, he has that authority. Why bother to join a court fight to do what Newsom could arguably do on his own?

Vaccine mandates on private-sector workers have significant constitutional problems when imposed by the federal government, and there was a consensus that Biden’s EO was a legal longshot. That’s not necessarily true of state mandates on public-sector workers, however. Where unions serve as bargaining agents for those workers, Newsom and other governors can’t simply change the conditions of employment without renegotiating their collective bargaining agreements. That could very well be the basis of the Ninth Circuit’s stay, but there would seem to be little else standing in the way of such a state-based mandate.

This stay gives unions a perhaps-unexpected boost for their legal offensive against state-based vaccine mandates. Bloomberg Law reported two weeks ago that unions had focused more on other circuits with liberal majorities to bring governors to heel:

The union lawsuits were filed in three appeals courts that have a majority of Democratic-appointed judges and one with a partisan split, improving the chances a circuit panel will look favorably on the administration’s mandate. New litigation was also filed in two circuits with Republican-appointed majorities.

Overall, the filings signal a strategy of adding liberal or split venues to the pool of circuit courts that will be considered in a lottery to determine which judicial panel will sort out the many challenges.

The Massachusetts Building Trades Council, the Service Employees International Union Local 32BJ, and the United Association of Union Plumbers and Pipefitters contested the rule in the First, Second, and Fourth circuits, respectively; all three have Democratic-appointed majorities.

The United Food and Commercial Workers International Union filed a petition for review in the D.C. Circuit, which is evenly divided between Democratic- and Republican-appointed judges.

So score this one as a Ninth Circuit bonus, it seems. Back in July, I noted that the CBA issue would make it very difficult for governors to issue these mandates. (Bloomberg Law notes that CBA issues are only part of the unions’ complaints about the mandates.) Since most public-sector workers belong to unions, ordering mandates without cooperation from the unions made this almost entirely performative. Where states have actually attempted to enforce mandates by firing refuseniks, it’s turned into public-services disasters.

All of this is entirely unnecessary. If vaccines work, and they do, then employees should be encouraged to vaccinate — perhaps especially in health-care workplaces. However, if people choose not to vaccinate, then they’re the ones assuming the risk, along with those people who use public services but choose not to get vaccinated either. Unfortunately, COVID-19 is here to stay, and we have to learn to live with it. That includes vaccines, boosters, and mitigation — but also recognizing naturally acquired immunity, and remembering that the government serves us and not the other way around. When even the Ninth Circuit has a problem swallowing the outcomes of a mandate regime, that’s a moment for pause and reflection.