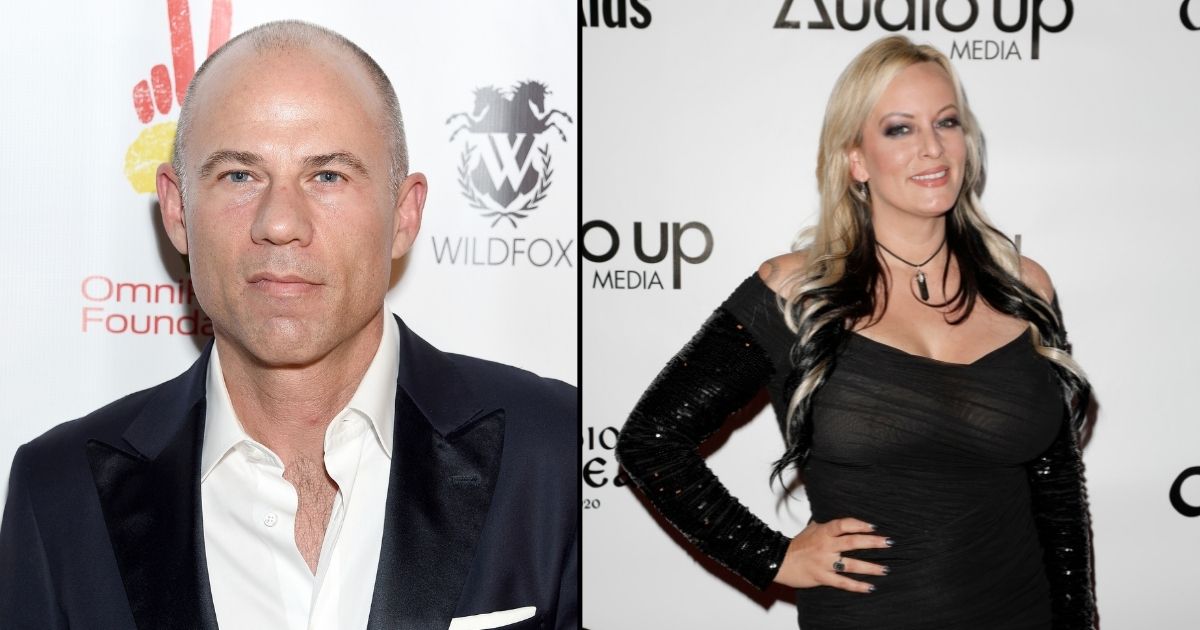 Just the title of this piece brings us back to simpler days, a time when the American presidency was the most-viewed daily soap opera in history.

We long for the era when we could all be our version of Abraham Simpson yelling at the clouds, as our innocent, pre-pandemic days languished in good ol’ unctuous politics.

Then this movie star-handsome racecar driver of a Los Angeles lawyer appeared on the national scene via the same daily cable news that created the celebrity of our last presidency.

As our narrator in “The Big Lebowski” observed for the ages, “Sometimes there’s a man,” and that man would announce that there was a 50/50 chance he would run for president.

Yet Michael Avenatti did not abide, nor did he become president. The trial that is about to begin is about Avenatti doing what he allegedly did best — swindle money. The money at issue here is what Stephanie Clifford — also known as the “entertainer” Stormy Daniels — was paid for a book deal. To be precise, the trial involves approximately $300,000 that Avenatti diverted to himself from Daniels’ deal.

Over the past month, Avenatti has been trying to delay the start of the Jan. 24 Manhattan trial, arguing that a surge in COVID-19 makes it impossible for him to have a fair and impartial jury trial. His reasoning here is not unsound, as Avenatti asserts that finding a robust enough cross-section of the jury pool is going to be close to impossible with so many people being affected by a spike in the virus.

This is true, but it’s also the reality of jury trials today.

Avenatti still has yet to report to prison for his conviction on a Nike fraud case. As a memory refresher, Avenatti had the brilliant idea to try to embezzle from and blackmail Nike to the tune of $25 million, and was essentially caught the second he did so.

He was supposed to report to federal prison in September to serve his 30-month sentence following his July conviction in New York. But because he is either going to trial or has gone to trial in several other cases, prosecutors have yet to be able to convince the judge that he should be waiting out the time for his new trials in prison rather than at home.

He has complained that he is stuck in a small one-bedroom apartment. In Venice Beach, California.

Practically, one of two things is more than likely going to happen. It remains possible that, very close to the Jan. 24 trial date, this trial will actually be postponed. There is no doubt that this COVID-19 wave is getting worse and it is not inconceivable that the vast majority of trials across the U.S. are going to be temporarily put on hold.

The other, and far less palatable, option is that the trial begins and then has to be delayed due to virus-related reasons. This is never good, as it is very difficult for a trial to regain its momentum after an involuntary pause.

Anyone looking for a celebrity trial that has the potential to quickly devolve into a dumpster fire has come to the right place.

Back in November, Avenatti formally requested the inclusion of Daniels’ mental health records in the case. The judge immediately restricted access to the motion, which should have been but wasn’t sealed.

If You Thought Avenatti Was Bad Before, Listen to What He Allegedly Did to Harmless Beauty Blogger

No matter how the Daniels case turns out, Avenatti’s social calendar is going to be full for some time. He is awaiting retrial in a case in which it was alleged that he embezzled millions from several clients.

One thing that is absolutely certain in the upcoming case is that Avenatti may be facing his most formidable foe yet in Stormy Daniels. She is not a faceless corporation named after a Greek goddess but, as we learned in 2018, has the cunning to actually be one herself.

If you were looking for a celebrity trial where you could break out the popcorn and settle in for some legal fun, you’ve found the one.

The views expressed in this opinion article are those of their author and are not necessarily either shared or endorsed by the owners of this website. If you are interested in contributing an Op-Ed to The Western Journal, you can learn about our submission guidelines and process here.