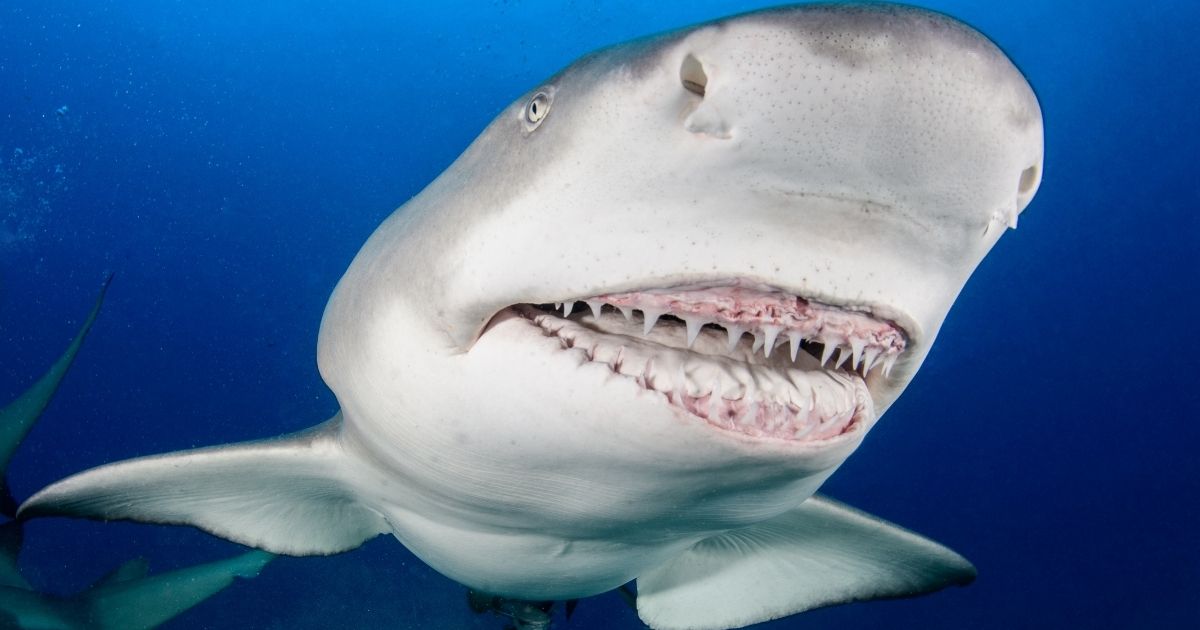 It was a perfect storm recently at New Smyrna Beach in Florida after Hurricane Larry whipped up a strong surf. The same phenomenon that brought good waves for surfing also created a smorgasbord for local sharks.

“There’s a feeding frenzy that occurs on the beaches in the fall and as mullet and eventually other species of fish is moved out for the winter,” George Burgess, who works with the shark research program at the University of Florida, told Good Morning America.

“Of course, you throw in surfers in the middle of that surf and you’re going to have an unholy mix that most inevitably results in a bite.”

Enter 16-year-old surfer Doyle Nielsen, who experienced that inevitable result while on vacation in a video shared earlier this week.

As he paddled, waiting for a wave, a shark approached him and bit his arm. At first, Nielsen didn’t even realize it was a shark that had hit him.

“It felt like someone on their surfboard had come full speed directly at me and hit me super hard,” Nielsen said.

“And then after somebody had yelled, ‘There’s a shark, get out of there,’ I realized what it was.”

Former surfer Sam Scribner, who suffered a spinal cord injury years ago and is now a photographer, was on site when the bite happened. Even more amazing, his camera happened to be trained on Nielsen the moment the shark tried to take a chunk out of him.

“Doyle was right in the middle of my frame and the shark just hit him,” he explained. “It was over in a matter of seconds too; it’s crazy how quickly it happened.”

He posted the video on social media, hoping to find out if the victim was all right after the encounter.

“Larry certainly brought us good waves, but apparently the true locals of Ponce Inlet weren’t happy about the crowd,” Scribner posted on Instagram.

“I’ve been trying to find out who he is to make sure that he is all good, but it appears at the end that it wasn’t too terrible. (Tag him if you know him)

“I certainly don’t want to villainize sharks, this is something that’s all too common in the waters around New Smyrna Beach. We are in their territory and sometimes those little (thankfully he was little) guys like to enact the stand your ground law. (No glocks, just teeth).”

“I sincerely hope that the kid is not too scarred from the chomp & he’s able to get back in the water as soon as possible.”

Thankfully, the shark was small, the bite caused only minor injuries and Nielsen shared his plans to return to the water — a little worse for wear, but quite a bit wiser this time.

“I’ll definitely be surfing again, but I know that it’ll affect my mindset,” he said. “I’ll be a little more cautious in the water.”

Proposal for banks to report more information to the IRS continues...