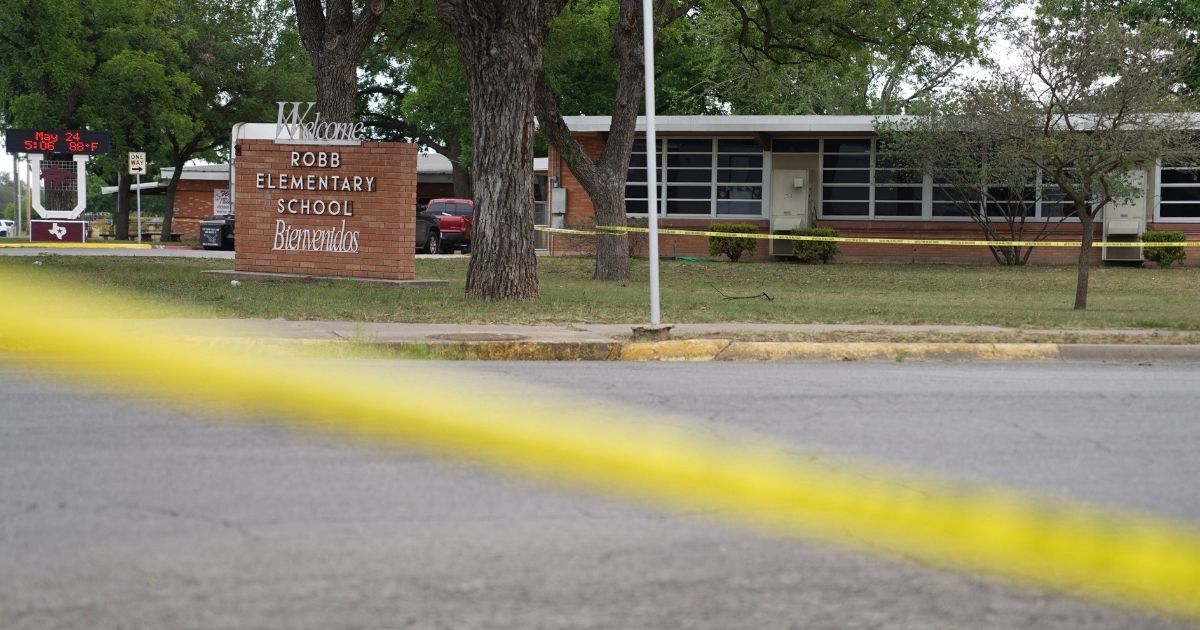 An official with the Texas Department of Public Safety confirmed Thursday that there was no school police officer present when a gunman arrived at the Robb Elementary School in Uvalde, Texas.

A shooter killed 19 young children and two teachers on Tuesday in the horrific incident in the small Texas city.

DPS South Texas Regional Director Victor Escalon told reporters that the 18-year-old, now-deceased, shooter gained access into the school through an apparently unlocked door on the west side of the building at 11:40 a.m. on Tuesday morning.

“It was reported that a school district police officer confronted the suspect that was making entry. Not accurate. He walked in unobstructed initially,” Escalon said.

There was no school police officer in the area.

BREAKING: Texas DPS now says that there was no school police officer who encountered or engaged the mass shooter at Robb Elementary School in Uvalde, TX. Shooter was not confronted before entry and it appears he walked into the school through an unlocked door, per DPS. @FoxNews

Escalon recounted, based on surveillance video footage, that the gunman discharged multiple rounds soon after entering the school.

Do you think this shooting could have been prevented?

At 11:44 a.m. local and school police made entry, Escalon said, and they took fire from the shooter, who had gone into one of the classrooms.

The officers moved back and took cover and called for backup and additional resources.

Law enforcement began evacuating students and teachers from the building.

Approximately an hour after the shooter came into the school, a U.S. Border Patrol tactical team arrived on the scene and forced entry into the classroom where the suspect was holed up and shot and killed him.

A Zavala County deputy and a Uvalde police officer participated in the breach of the classroom, Escalon said.

Andrew Pollack — the father of Meadow Pollack, who was murdered in the 2018 Parkland, Florida, high school shooting — said he was “so angry” after learning of Tuesday’s elementary school shooting in Uvalde, Texas, because it could have been prevented.

The Floridian offered a three-point plan to make schools safer: have an armed guard, a single point of entry and teacher training.

We send out $Billions to other countries all the time. Why not fund school safety in America?

At least two of his three recommendations were not followed. There was not a single, controlled point of entry, and no armed guard nor police officer was present.

“Even a single point of entry would have prevented it. … This didn’t have to happen today,” Pollack told Fox News host Laura Ingraham Tuesday night.

“It’s the parents. It’s your responsibility where you send your children to school,” Pollack said.

He exhorted parents to go to their kids’ schools and make sure the proper safety measures are in place.

Randy DeSoto has written more than 2,000 articles for The Western Journal since he joined the company in 2015. He is a graduate of West Point and Regent University School of Law. He is the author of the book “We Hold These Truths” and screenwriter of the political documentary “I Want Your Money.”