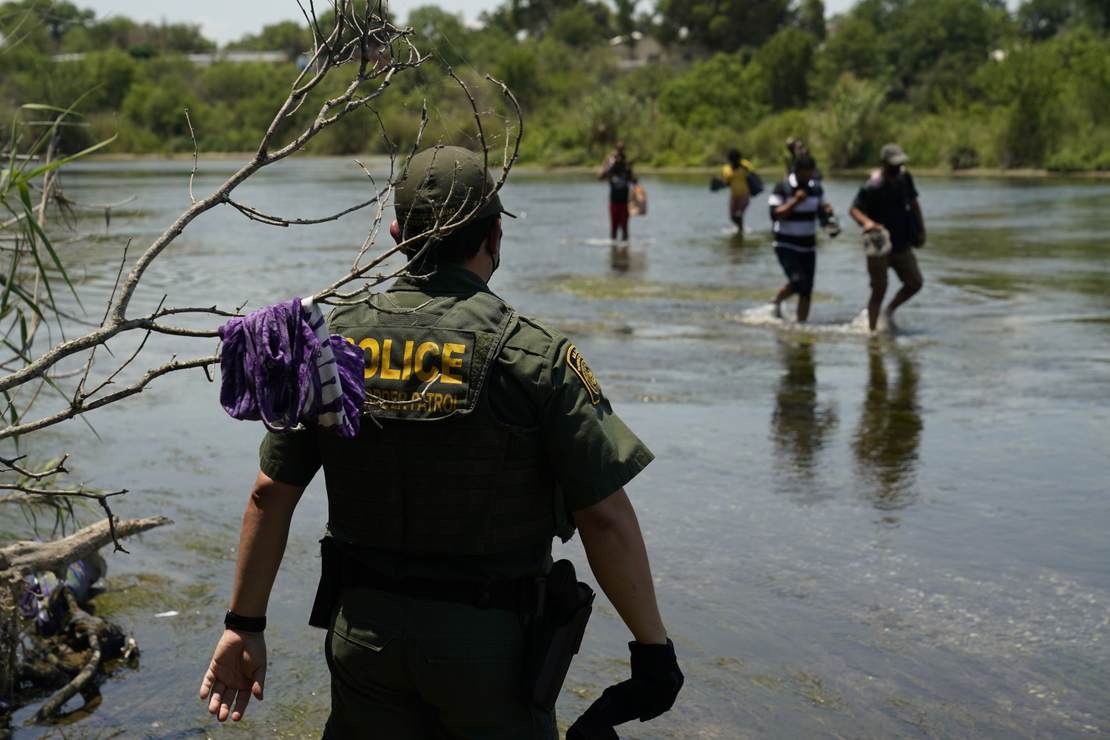 The brief getaway that nearly fifty Venezuelan migrants had on Martha’s Vineyard recently captured the attention of most of the country, with all sorts of hot takes being offered on both sides. But one person who definitely seemed to notice is Chris Sununu, the Republican Governor of New Hampshire. Rather than sitting on the sidelines and observing, he’s going to take an active role in attempting to address the Biden border crisis at the opposite end of the country. Sununu will be sending two National Guard reserve units to the southern border for the next year. The troops will deploy to Texas where they will take on duties to relieve the stress on the CBP agents who are dealing with the ongoing onslaught of new people flowing into the country. (NY Post)

New Hampshire is deploying two National Guard units to the southern border, weeks after 50 migrants were flown to nearby Martha’s Vineyard by Florida Gov. Ron DeSantis to highlight border issues.

Gov. Chris Sununu, a Republican like DeSantis, announced that 164 members of the state’s National Guard would be deployed to Texas for a year, where they will assist Customs and Border Protection (CBP) in securing the border.

Because of restrictions on actual law enforcement activity by the military, the Guard units’ duties will be “detection and monitoring, logistics and transportation.” While they can’t actually arrest any of the illegal aliens, they will be able to spot them and alert the CBP to come to the scene. They will also be used to drive migrants to their next destination. (Probably a bus stop where they will depart for New York, Washington, and Chicago.) Others will perform office duties, freeing up the CBP agents to remain out on the border.

There were more than 2 million “encounters” with illegal migrants in the past fiscal year, an all-time record. And those were in addition to the unknown number of “gotaways” that likely added up to tens of thousands if not more. With that in mind, the CBP in Texas could definitely use the help, so they will definitely be glad to see the troops riding to the rescue.

This was a nice move on Sununu’s part. There was no requirement for him to send his troops all the way across the country, but Greg Abbott had already put out a call for assistance with what Sununu correctly described as “the humanitarian crisis on our border.” Those who have been paying attention will likely note that none of the blue state governors who have been complaining about migrants being sent to their larger cities have stepped forward to help with the problem in this fashion.

With that in mind, Fox News sent reporters to Washington this week to question members of the Biden administration about how the border can be “secure” (as they regularly claim) while this many people continue to flood into the country. The number of officials who refused to even attempt to answer the question was staggering.

Fox traveled to Washington to question members of President Biden’s administration who have insisted for months that America’s southern border is secure. Fox News requested an interview with Homeland Security Secretary Alejandro Mayorkas, but was ignored. Secretary Mayorkas also refused to answer questions outside his home in the capital.

Texas Democratic Reps. Colin Allred, Veronica Escobar and Henry Cuellar were willing to speak with Fox, however, and they expressed deep concern about the border crisis.

Joe Biden and the Democrats would like nothing better than to try to ignore this crisis and stop people from mentioning it until after the midterm elections. And far too many of our supposed journalists in the mainstream media have aided them in their efforts, rarely if ever bringing it up unless something truly disastrous happens. They shouldn’t be allowed to get away with it. This crisis was created by Joe Biden’s policies and he was fully abetted by the entire progressive wing of his party. As even Democrat Henry Cuellar of Texas was willing to admit, “we own it now.”