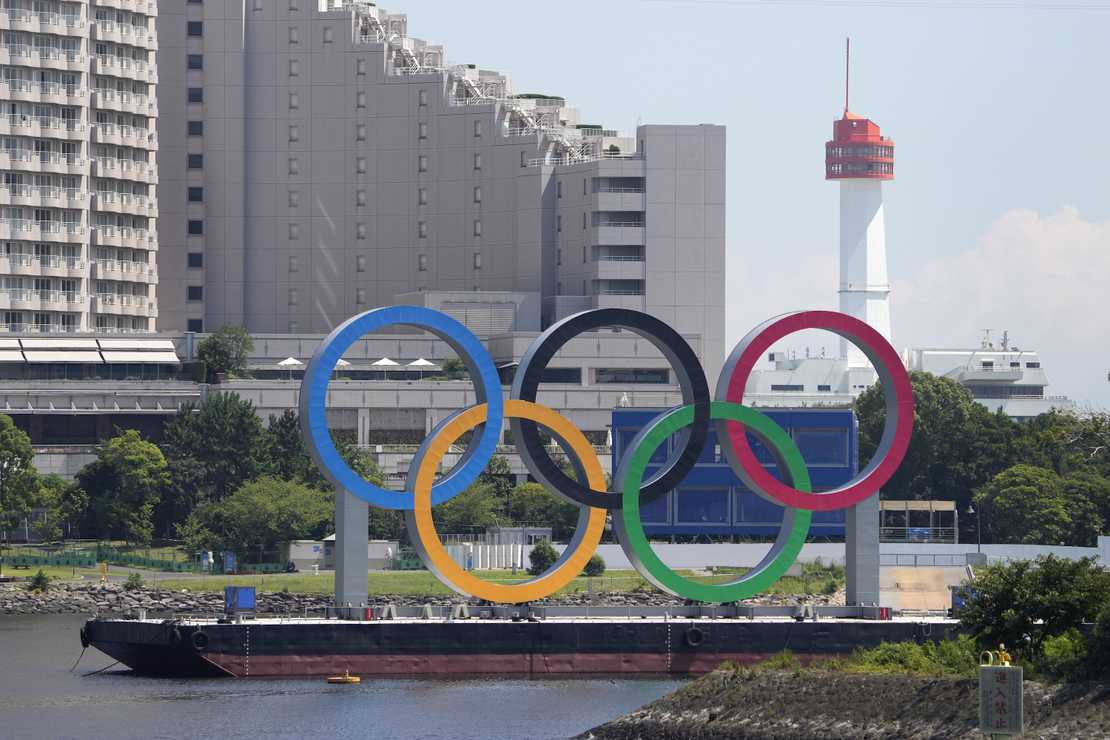 If you tuned into the Tokyo Olympics and saw a team competing from ROC you were probably wondering which country that might be. That would be understandable as there is no country that competes with the ROC designation. ROC is being used by the Russians, you know, the country allegedly banned from competing in the Olympics due to doping violations.

ROC stands for Russian Olympic Committee, but it’s a made-up label by the Russians. It’s a loophole being used in order for their athletes to compete in the Olympics. More than 330 Russian athletes are competing but not actually representing Russia, wink, wink. It’s ridiculous. Here’s the thing – in 2019, Russia was banned from international competition for four years because of perpetrating the biggest doping scandals in sports history. The ban was for four years but it was recently reduced to two years. Apparently even the reduced ban doesn’t even matter as the Russians are working around it and their athletes are competing. One example of past cheating happened during the 2014 Winter Olympics in Sochi. Russians swapped more than 100 tainted urine samples for clean samples overnight. That sort of illegal action during competition fueled a reputation Russia has held for a very long time. They cheat and dope to win.

Rightfully so, American athletes are speaking out against Russian participation. American swimmers made some headlines over the weekend voicing complaints. On Friday, two American swimmers won the silver and bronze medals in the men’s 200-meter backstroke competition. During the press conference afterward, things got a little awkward for the Russian who won the gold medal.

“Obviously, it’s frustrating as an athlete, having known that there’s a state-sponsored doping program going on, and feeling like maybe more could be done to tackle that,” said bronze medalist Luke Greenbank of Britain, a clear reference to the findings of the World Anti-Doping Agency, which charged Russia with systemic doping in 2019 and imposed sanctions, some of which remain in place during the Olympics.

“I think the thing that’s frustrating is that you can’t answer that question with 100 percent certainty,” said silver medalist Ryan Murphy, when asked if he thought the competition was clean. “I don’t know if it was 100 percent clean. And that’s because of things that have happened over the past. … There is a situation — and that’s a problem.”

In the middle of the podium, gold medalist Evgeny Rylov of the Russian Olympic Committee — the name under which some 330 Russian athletes are competing here, as a condition of their participation — sat quietly, until a reporter asked whether he was competing clean.

“I have always been for clean competition,” Rylov said through an interpreter. “… From the bottom of my heart I am for clean sport. I’ve devoted my entire life to this sport. I don’t even know how to react to that.”

The problem for the Russian swimmer is that no one in the free world trusts Russian athletes to compete fairly. Maybe he does compete clean. The fact is, he and his fellow Russians shouldn’t be trusted because of past history. They shouldn’t be in Tokyo in the first place. Russia is banned. Good for someone finally speaking out about it.

Yesterday another American swimmer spoke out, too. Lilly King flat out said the Russians should be there. “There are a lot of people here that should not be here,” said King, who won a silver and a bronze medal in Tokyo. While Ryan Murphy later said his comments weren’t aimed directly at the Russians (!), Lilly King was not wavering.

King made her statements seated next to Ryan Murphy, another U.S. swimmer who seemed to take aim this week at a country that has repeatedly run afoul of doping rules.

“I wasn’t racing anyone from a country who should have been banned and instead got a slap on the wrist and rebranded their national flag,” she said. “So, I personally wasn’t as effected. But Ryan was.”

Her comments came hours after ROC president Stanislav Pozdnyakov said critics “supposed that as a matter of fact our athletes can’t compete without doping,” but that Russian athletes in Tokyo “proved the opposite not just with words but with their deeds and results.”

By Saturday Ryan Murphy was backtracking from his initially strong statement against competing with athletes who dope to win. That’s too bad because he’s right in what he said.

“I think things were definitely, they were definitely taken a little bit differently than what the question I was asked intended,” he said. “I was asked a question about doping and swimming and I answered honestly. I do think there’s doping in swimming.”

As of the latest numbers posted that I’ve seen as I write this Monday morning, the Russians have been awarded a total of 50 medals and are ranked number 3. The United States is ranked number 1 in medals with a total of 61 and China is ranked number two with 60 medals. What would the rankings be if the Russians weren’t allowed to compete this year? We’ll never know but it’s easy to assume that they took medals from American athletes, as well as other countries.

Lilly King pointed out that doping has always existed in sports, the goal is to clean it all up.

“As long as there’s been athletics, there’s been doping,” King said, according to Sports Illustrated. “Obviously we’re working on cleaning that up. I’m sure there were a lot of people competing this week from certain countries who probably shouldn’t have been here.”

No Russian swimmers beat King in any events this week, although Efimova was in the 100 breast final and Evgeniia Chikunova took fourth in both breaststroke events — and in fact, King’s good friend and teammate Annie Lazor only got by Chikunova by 0.04 to claim bronze in the 200 breast final, so this issue may have directly affected King should the race have unfolded only marginally different.

“I try not to think about that. But also, I wasn’t competing against anyone from a country that should have been banned and got a slap on the wrist and a rebranding of their national flag,” King said, according to SI. “Personally I wasn’t affected, but I know Ryan was. I feel like that has tainted your Games, and for that I’m so sorry. But, yeah, there are a lot of people here who shouldn’t be here.”

The ROC President Stanislav Pozdnyakov can sarcastically pop off all he wants but the Americans are raising legitimate criticism. Too bad the Olympic Committee didn’t honor Russia’s ban and instead let them use a loophole to compete.