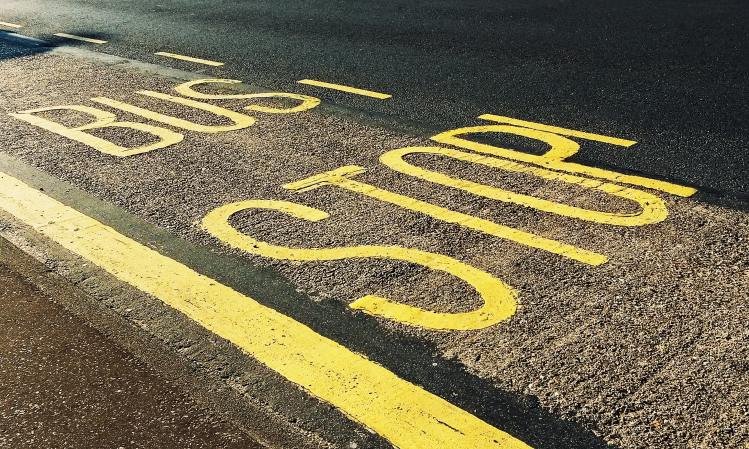 Allow me to pat myself on the back for a moment.

I’m a pretty smart guy; smart enough that I saw from the very beginning how insidious Facebook was, and as a result I was never drawn into it. I’ve often made fun of those who were (and I still do). Because I never bought into the company, I do not feel betrayed by Facebook. I’m not happy that they take advantage of stupid people the way they do, but catering to stupid people who do stupid things has been a legitimate business model for millennia. I can’t fault them for dominating the world by recognizing that, by and large, people are stupid.

I used Twitter prior to the company going woke and Jack Dorsey behaving as if he was the second coming of Rasputin (in both looks and assumed importance). I used Google back in the day for the same reason I use Amazon now; because despite ample flaws, they were simply the only show in town that could deliver what they do.

Like them or hate them, you cannot argue with the success of their model and their ability to deliver on that promise.

Still, none of these companies had the ability to make me feel betrayed, because they were evil products of an evil generation, taking advantage of an evil network of evil evilness. The internet hasn’t been around long enough to generate too much “loyalty” (with a few notable exceptions outlined below), so when these companies went “woke”, or displayed their “straight out of Hades” company philosophy, or both – well, I wasn’t taken aback all that much. Disappointed, of course, but not really hurt by the revelation. Evil is as evil does, and anyone who took even the briefest look behind the curtain could see the dark arts at work with every one of these operations.

There have been a few that have bothered me, though, and some that continue to do so. Prior to using Amazon, I was very active on eBay as both buyer and seller until they squandered every possible bit of goodwill they ever had (over and over and over again). Their mistake was less about going woke (though they’ve got plenty of that going on) rather than simply inexcusably crapping on the sellers who made them what they are. For as much as I’d love to see Facebook or Amazon or any of a dozen other dastardly companies crash and burn, I’d stand in line in the cold for a week just to be one of the first to light a match on eBay.

I can say the same about PayPal, which has carried wokeness to a whole new level while exercising power they simply should not legally have over people who at some point in time were suckered into using their “service”, only to have that service continually change hands and philosophies. People who built their entire business model around the combination of eBay and PayPal have truly suffered grievous injury at the hands of these now-pathetic entities, and most have simply had no choice in what has happened to them or what they can do about it. They are stuck between accepting the yoke and whip, or losing everything. Think of it as the sales-and-finance version of the Biden vaccine mandate.

Still, I cannot suggest that these disappointments are much of a slight. It’s true that both eBay and PayPal have shit all over the very people who built them up from nothing, but somewhere along the line company leadership made the business decision that loyalty isn’t important. They show no loyalty to their customers, and they couldn’t care less if their customers are loyal to them. Such is the nature of a potentially unlimited customer base, I guess. Screw you, we’ll just find some other sucker to replace you; that’s their new business model, apparently. And both companies are still around, so I guess it’s working.

I don’t feel as slighted by this because these were new businesses when I and people like me joined up with them. Anyone who involves themselves with what amounts to a start-up can’t be surprised when company management starts to slither to and fro trying to find the path they ultimately want to be on. That these companies chose the path they did speaks to the collective stupidity of their leadership, more so than it does the collective stupidity of their early customer base. We rolled with them “on spec”, and we got burned. That stuff happens when you date the new kid in town, as we all were doing. I generally apply this same standard to all internet-centric companies; if they arrived on the scene with the advent of the internet, there can be no great loyalty given to any of them, or expected from any of them. That’s just the way it is.

But there are many, many companies which existed prior to the internet from whom a great deal of loyalty should rightly be expected, because a great deal of loyalty has been paid to them over the years. Some can be cited as particularly egregious examples of crappy decision-making in the age of “woke” because they’ve thrown entire generations of loyal customers under the bus with their incessant drive toward wooing the johnny-come-lately crowd.

Among these are the two “golden age” comic book publishers who, now that they’ve transitioned to Hollywood rather than recycled newsprint, have apparently decided that the geeks who suffered greatly to keep them in business aren’t worth squat to them any longer. Marvel and DC Comics were the “giants” in a less-than-gigantic industry, and people like me – smart comic nerds who took the abuse thrown at us for our page-turning obsession and devotion to their product – are absolutely the serfs who crowned them King. In fact it’s more than that; we were the bread-and-butter customers who kept those ventures alive in an era that was not nearly so certain for them as it is now.

So how have these companies, now that they’ve reached monolithic status, repaid those of us who spent countless hours and all of our lawn-mowing money on their product for decades prior to their discovery by bored moviegoers?

Now before all the klaxons sound and the non-heterosexual crowd comes out in full pitchfork mode, I’m not anti-gay OR anti-bi; in fact, very much the opposite. I also have no problem with Marvel or DC producing gay and bi superheroes. Just not those superheroes. Those are iconic, representing a specific history and a specific philosophy that needs no adjustment. If you absolutely must make some kind of statement, some monumental nod toward non-heterosexual lifestyle choices, then I suppose Robin “coming out” can at least be bought into; lots of us thought he was at least bi from the beginning. But there is no reason on Earth to introduce Superman as suddenly bisexual, other than for shock value and to kowtow to the LGB crowd. It isn’t necessary. It isn’t interesting. It adds nothing, either to the character or to eight decades of storyline. This is wokeness and manipulation all wrapped up into one ugly package, on steroids.

Superman’s sex life is none of my business, any more than my sex life is any of his. I suppose something can be made of the fact that he dresses and undresses in a phone booth, but for my money that is the extent of what we need to know about his private affairs. And he clearly wanted his private affairs kept that way as well, or he wouldn’t have bothered with phone booths and a mild-mannered alter-ego in the first place.

No, there is no reason to in any way explore an alternative sexual identity for Superman (who’s been the beau of Lois Lane for the entirety of his existence to this point) except to push an unnecessary, gratuitous, and frankly pretentious narrative.

This clearly jabs at those of us who’ve been on the DC Comics bus for decades.

Now we feel that bus as it runs us over. DC has thrown us under it.

I suppose their thinking is that we’re all getting older now and not buying so many comic books. And they’d be correct. But that doesn’t give them the right to destroy our legends and favorites. Create new legends and favorites for the up-and-coming crowd (bi, gay, whatever). Leave the ones my generation grew up and grew old with alone.

But they won’t, because they don’t care. What are we going to do – stop buying comics we haven’t bought in years? Boycott movies we don’t really give a crap about anyway?

Nah – we’re just going to bitch about it and little else. Except…

…sooner or later Marvel and DC are going to start their own streaming services. My kids are probably going to be prime potential customers, and they may even clamor for the woke goods peddled by these companies I was once loyal to who’ve proven to be anything but loyal to me.

Sorry, children. Dad is the gatekeeper.

Time for Marvel and DC to taste some Goodyear rubber of their own. The wheels on the bus go ‘round and ‘round…

Photo by Suzy Hazelwood from Pexels