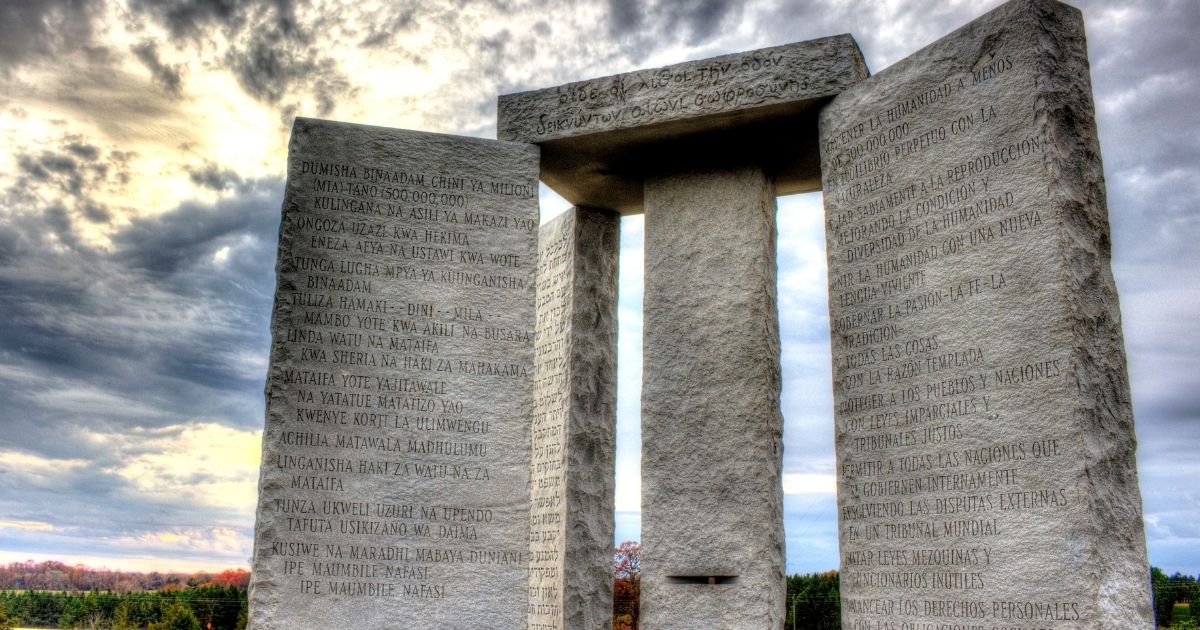 Republican Kandiss Taylor said that if her long shot candidacy to be Georgia governor succeeds, she will demolish four giant granite tablets known as the Georgia Guidestones.

Most of the attention in the high-profile campaign is on incumbent Gov. Brian Kemp, who has been targeted for defeat by former President Donald Trump. Trump is backing former Sen. David Perdue.

“Elect me Governor of Georgia, and I will bring the Satanic Regime to its knees— and DEMOLISH the Georgia Guidestones,” Taylor said on her Facebook campaign page.

I am the ONLY candidate bold enough to stand up to the Luciferian Cabal.

Elect me Governor of Georgia, and I will bring the Satanic Regime to its knees— and DEMOLISH the Georgia Guidestones.

Join me in my fight to #TearThemDown!

Massive Peanut Butter Recall Issued After People Begin Falling Ill, Here's How to Tell If You Need to Trash Yours

“For decades, the Global Luciferian Regime has seeped its way into our Government. They demoralized us with humiliation rituals as they tore down our historical monuments, persecuted our children, locked us down in our homes and forced us into becoming walking science experiments through a global vaccination program. They erected statues spelling out the exact plans they had for us, and today we the people of Georgia say no more,” she said on her website.

“It’s time for us to return the favor. On my first day as Governor of Georgia, I will move to DEMOLISH the Demonic plans of our enemy. The Satanic agenda is NOT welcome in our state,” she wrote.

The 19-foot tall Guidestones were erected in 1979 and enjoy a mist-shrouded origin, according to the Daily Beast.

If they are saying it then you know it’s coming because they are the ones who are orchestrating it…..
This is a new low in their desire to depopulate the planet….. Genocide through food control.

Google Georgia Guidestones…. You are the “useless eater” they want to cull. pic.twitter.com/oTlT82ENaJ

As the story goes, a man calling himself “R.C. Christian” appeared in Georgia and claimed that he represented “a small group of Americans who seek the Age of Reason,” according to The Wall Street Journal.

The tablets were then built, and supposedly since then, the only two men who knew the real identity of R.C. Christian died, according to the Daily Beast.

“Both men have since died, theoretically taking the truth about Christian’s identity, and whether he existed at all, with them,” noted The Daily Beast, which acknowledged the possibility that the Guidestones were a brainchild to promote the region’s granite industry.

Anything this big and this obscure is going to attract theories, and the Guidestones are no exception.

“The Guidestones have been arranged in an elaborate sundial-like configuration to help surviving humans reorient the species’ calendar, with one focused on the North Star and another revealing when the sun is at noon,” the Daily Beast continued.

Massive Peanut Butter Recall Issued After People Begin Falling Ill, Here's How to Tell If You Need to Trash Yours

For some, the Guidestones are evidence of a scheme from global elites to kill off most of the world’s people.

“Ideas about the methods and culprits of that depopulation have changed since 1979, shifting from the Illuminati to the New World Order to the Davos set. In 2014, conspiracy theorists cited the Guidestones as proof that the ebola outbreak would kill off much of humanity,” the Daily Beast wrote.

“In a 2018 Facebook post, future Rep. Marjorie Taylor Greene (R-GA) endorsed the idea that the Guidestones revealed a world genocide plot. In the pandemic, the Guidestones have come to be seen as proof of an impending ‘Great Reset’ of the world, with COVID-19 vaccines used to kill off most people.”

Are these stones really part of some evil plot?

Elberton Mayor Daniel Graves dismissed Taylor’s claim that the Guidestones are diabolical as “some outlandish conspiracy theories she watched on YouTube.”

“There is only one community in the world that could build such a monument,” Graves said. “And that is what we celebrate here and will continue to celebrate long after her campaign is forgotten.”