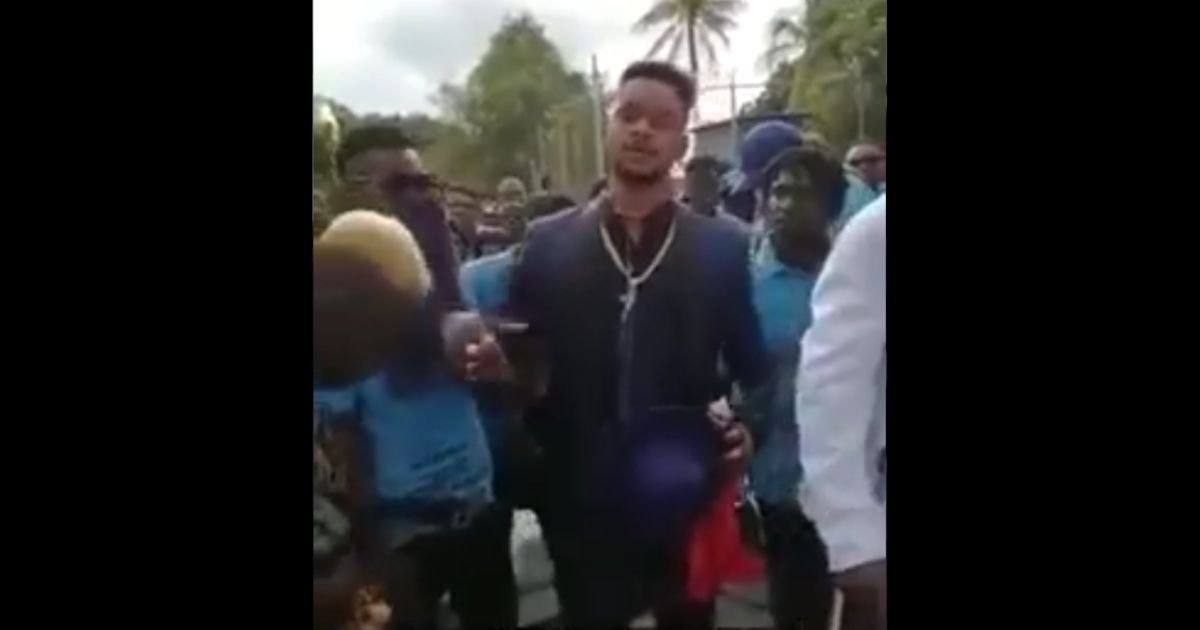 The leader of the Haitian gang that has kidnapped 17 missionaries issued a dire ultimatum on Thursday.

Unless the $1 million a head ransom the gang is demanding is paid, “I will put a bullet in the heads of these Americans,” 400 Mawozo leader Wilson Joseph said in a video, according to the U.K.’s Daily Mail.

The New York Times translated Joseph as saying, “I prefer that thunder burns me, if I don’t get what I need. You see those Americans, I will prefer to kill them and I will unload a big weapon to each of their heads.”

Crazy. Here is leader of #Haiti‘s 400 Mawozo gang / death squad “Lanmò san jou” (Death without days) out in public. He says if he doesn’t get his $17 million ransom, he will kill the christian missionaries. He accused the regime of owing him back pay. #Haiti pic.twitter.com/ki2jXtB0PP

The Times reported that the video was made in public in Croix-des-Bouquet, a suburb of Port-au-Prince in Haiti, noting that the nature of the video underscored the power of gangs to defy the government.

Should the U.S. take action to rescue the missionaries?

‘You guys make me cry. I cry water. But I’m going to make you guys cry blood,” Joseph said, according to the Mail.

In the video, Joseph was seen near the coffins of gang members killed by police in a recent battle.

Some have called for strong U.S. action to free the missionaries.

Could we just get the American Christian missionaries being held hostage in Haiti back home? https://t.co/8w0xnly8bA

The US should free missionaries in #Haiti without ransom, @RepKinzinger said, shortly after a US #Christian aid organization said a group of its missionaries had been kidnapped in the Caribbean nation. https://t.co/uU67l3t458

The 17 people kidnapped Saturday include 16 Americans and one Canadian. Several children are among those kidnapped. The group was part of Christian Aid Ministries, an Ohio-based group working in Haiti.

On Thursday, Weston Showalter, a spokesman for Christian Aid Ministries, said the group is “inviting believers from all around the world to join us in praying for our workers, our loved ones that are being held hostage in Haiti.”

Please join me in praying for the protection and safe return of the U.S. missionaries kidnapped in Haiti.

He then read a letter from the families of those held hostage.

“God has given our loved ones the unique opportunity to live out our Lord’s command to love your enemies,” the letter read.

“We also pray that the light of [God’s] love might shine out against the darkness of sin, that the gang members might be freed from their bondage to sin and experience freedom in Jesus Christ.”

He called for prayer for the kidnappers as well as their victims.

The FBI and the State Department have both sent teams to Haiti to assist with the release of the missionaries.